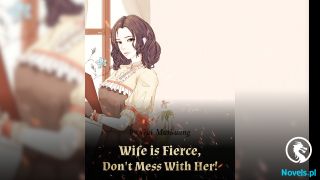 At the same time, at the Luo Family.

Luo Qing Mian bought Luo Qing Chen a thermometer while pouring hot water to make cold medicine for her. He had been busy since she came back.

He had been in and out of her room five times. Luo Qing Chen was dizzy seeing him go back and forth until she called out to stop him, “I really would get sick from you walking around even if I wasn’t sick before.”

“Big sister is so old, how could you go out in the rain?” Luo Qing Mian brought over a cup of cold medicine and while walking over, he didn’t forget to say, “You know how worried I was!”

“I went to Nanling.”

“Dong!” As soon as his voice fell, the cup of cold medicine in Luo Qing Mian’s hand fell to the ground.

The cold medicine splashed all over the light blue carpet.

“What is it?” Luo Qing Chen narrowed her eyes as a faint mist appeared in them.

“No, nothing.” Luo Qing Mian quickly picked up the broken glass and said with a chuckle, “Big sister, Nanling is such a far place that I was scared and my hand slipped……”

“Is it really like this?” Luo Qing Chen lowered her head, even her voice became softer.

She pursed her lips and said, “Why didn’t you ask me why I went to Nanling?”

“Ah!” Luo Qing Mian looked away with a bit of panic as he didn’t dare look into her eyes. He turned and said, “Isn’t it too late for me to ask? Big sister, what id you go to Nanling for……”

“Why?” Luo Qing Chen cut him off and looked up as she said in a choked up voice, “Why do you also remember Qian Si Nai?”

Luo Qing Mian felt his back tremble like he had suddenly been frozen, unable to move at all.

He always thought that he was the only person in the world with memories of the end of the world. Didn’t Qian Si Nai erase his big sister’s memories in the star chart?

Let alone after all these days, he knew that the people who had died in the end of the world didn’t seem to exist in this world.

Whether it was your closest relatives or your lovers, they wouldn’t remember the people who died in the end of the world.

So that was why there were fewer people in schools, why there were so many buildings without owners, and why the world’s population was less than a tenth of what it was before.

He knew why it all happened and knew the cause and effect.

He didn’t even find it strange because he knew that it was all done by Qian Si Nai.

Including his return to this world and his ability to see again.

He always thought that these memories were a gift from god, to let this hero ‘Qian Si Nai’ at least have one person remember him.

But he never thought that his big sister would also remember……

“Let’s not talk about why.” Seeing that Luo Qing Mian didn’t say anything, she continued, “The protective way that you look at me already explains everything. You remember everything that happened in the end of the world and you remember him!”

“Big sister……” Luo Qing Mian turned around with bright eyes filled with shock. His eyes trembled slightly before he slowly said, “Why does big sister remember, I thought……”

He thought that no one would remember what happened after the end of the world, but he also never thought that his big sister was like him, remembering everything.

“How could I possibly forget!” Luo Qing Chen pit her lips as she wept bitter tears, “He is Qian Si Nai……”