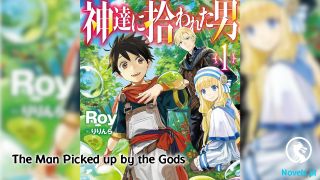 The driver wasn’t able to react as he was completely confused.

He could only put his hands together and kept begging for mercy, “Big brother……Older brother……Young master……No matter how I’ve offended you, please let me go! I……I am just a person diligently earning money for my family……I am a good person!”

The youth ignored him and closed his eyes as he released a chill from his body. There was the scene of the end of the world that appeared in front of his eyes.

It was a train running on the rails, there was a man and a woman on this train together.

It was the second day after the red rain and there were many people with colds and fevers on the train.

When the train was halfway there, there was a person that suddenly stood up like a madman and there were “ka, ka” sounds that came from their limbs.

They moved very quickly and bit anyone they saw, quickly spreading the infection.

Once they were bitten, they became violent with thin skin, bulging eyeballs, and sharp teeth……

The man and his wife kept fleeing to safer carriages and he used his strong body to let others use him as a shield along the way.

Until all the shields were used up and he pushed his wife out.

In the end, his wife turned into a zombie and he survived.

“Good person?” The youth narrowed his beautiful eyes that had a cold glow in them. He said with a cold laugh, “You killed your own wife for your own life, human nature really is dirty in this world.”

He then said, “But since you were fierce to that girl, I can’t keep your life.”

“Then do you feel at ease taking that hundred yuan?” The youth gave a cold laugh and quickly took out the hundred yuan that he had taken from Luo Qing Chen.

Then he carefully put it into his own pocket.

“You……You’re talking about that girl! She……There was something wrong with her……” The driver seemed to understand something and wanted to explain, but he was shocked by that youth’s ice cold eyes and didn’t dare say a single word.

“The people who say that she’s not good and say bad things about her……” The youth paused as he raised his cold eyes, “Are all dead.”

The driver seemed to be on the verge of collapse. He desperately tried to open the door as he cried, “Just let me go……Consider……Consider it my bad luck, I’ll give you this hundred yuan, alright! Or I’ll give it all, I’ll give it all to you, alright?”

“I don’t want your money!” The youth narrowed his cold eyes and said with a cold smile, “I want your life.”

As soon as his voice fell, the hail falling from the sky became bigger as they slammed onto the taxi.

Then the sound of the glass shattered as the sharp icicles pierced through the windshield, stabbing into the driver’s heart.

His eyes opened wide with fear and he wanted to beg, but he couldn’t make a single sound.

He didn’t know who he had offended, let alone that he would die. He even thought that since he made a thousand yuan today, he could go to the nightclub in the west and find that slender woman from bed last night.

It was a pity that he didn’t have a chance……

Before he died, the carriage full of zombies appeared, as well as the woman he pushed out in front of the zombies.

The youth coldly looked at him and lowered his hat before disappearing from the taxi.