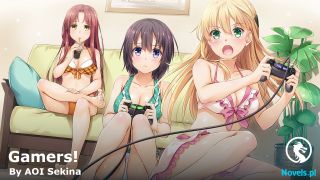 Yes! He was Qian Si Nai. He was the Qian Si Nai who stood in the center of the star chart, who didn’t fear death.

He was the……person at the top of her heart.

Ten minutes later, he made another cup of cold medicine and sat down beside her, “I also don’t know why I remember him. It’s like a dream, a dream of the end of the world.”

“But you never told me.” Luo Qing Chen took a sip of the cold medicine and felt the warmth entering her body.

It was good, it was good that Luo Qing Mian was by her side.

At least she won’t feel as lonely when she missed someone.

“When you woke up late that day, I had many questions when I saw mom.” Luo Qing Mian explained, “She was surprised about my eyes, so I knew that she didn’t remember the end of the world!”

Perhaps it couldn’t be considered remembering, the people of this world never experienced the end of the world.

Luo QIng Chen heard this and finished off the cold medicine in her hand. She took a tissue from the side and wiped her eyes, “So you can’t tell me either……”

“I……” Luo Qing Mian gave a sigh, “I just feel that……since he gave so much, worked so hard to let big sister not have memories of him and live a happy life, how could I go against it?”

“Just working hard works?” Luo Qing Chen took a deep breath and closed her eyes, “I am working so hard to wait for him, is it working? Does he know?”

Luo Qing Mian wanted to say something, but he found that his words were stuck and he couldn’t say what was in his heart.

Because he knew that there was no use in comforting her.

For his big sister, silent companionship was the most important!

After all, at least one person in this world had the memories of that person like her.

When the first rays of sunlight hit her face, she narrowed her eyes and found that the sky was clearing.

Going out at seven in the morning, there was a strong scent of mud in the air.

Luo Qing Mian followed behind her until the bus stop when he finally said, “Big sister, there’s a pleasant surprise today.”

“What?” Luo Qing Chen looked over and asked, “Did you win the lottery?”

Seeing that his big sister was still able to joke with him, he was much more assured.

If he hadn’t seen Luo Qing Chen during the end of the world, perhaps he might not have been so worried.

It was because she had been cold and proud in the end of the world, never flinching even when facing danger.

She was different from before, but it made him look up to her even more, making her that kind of dazzling.

When they came to school, the classmates all looked at her with eyes of deep meaning and teasing smiles.

Luo Qing Chen awkwardly looked away and sat down in her seat.

The female classmate who passed her the note the other day sat down beside her and asked with a smile, “Ke, ke……how was it walking in the rain with the school hunk! Wa! Speak, speak, was it romantic?”

“He’s quite good, but we are only friends.” Luo Qing Chen had a smile on her lips the entire time, but her eyes were indifferent, giving people the feeling of being kept away.

“Even if you’re friends now, that doesn’t mean that you’ll be friends in the future!” The female classmate gave her a passionate wink, “Not to mention that we’re all envious of you!”

“I know! You guys are all really good!” Luo Qing Chen blinked and said, “Only we will only ever be friends.”