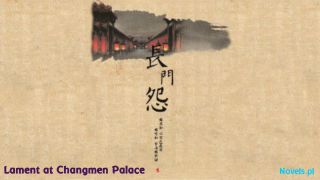 “Big sister, what’s wrong? Your eyes are red.” Luo Qing Mian knitted his brows as a trace of worry appeared in his eyes.

She gave a sniff before shaking her head, “It might be the cold getting worse. I should go to bed early!”

She didn’t sleep all night as she tossed and turned. The full red moon kept filling her mind.

No matter what, it would go away.

Her cold became worse the next day and her throat became more sore.

Luo Qing Mian knitted his brows as he looked at her, “Big sister, did you really rest up? Why does it feel like you’re worse than yesterday?”

He touched her forehead gently and said, “It seems like you have a low fever.”

“I feel that you shouldn’t go to school today and rest up at home!” Luo Qing Mian looked at her with a worried look, “Rest up today, I have to go do the school transfer stuff anyway.”

“This quickly?” Luo Qing Chen was surprised, “You already finished the transfer process?”

“Yes! Your little brother is very excellent.” Luo Qing Mian revealed a faint smile, “Not to mention that the school was recruiting students. Although it’s a rich school, the threshold seemed to have been greatly reduced.”

“Big sister, you should just rest up!” Luo Qing Mian ordered, “I will help you take the day off.”

“There’s no need, I’ll do it myself.” Luo Qing Chen shook her head, “Go and come home early. It might rain, so remember to take an umbrella.”

At noon, Luo Qing Chen changed into a set of red Christmas clothes and put on a big elk hat to go eat.

It was still drizzling outside, so she took a black umbrella and got into a taxi.

“Master, I’ll have to trouble you to go to Nanling.”

The driver was clearly surprised before tapping the fee machine, “Nanling is very far, it should take around an hour.”

“Un, I know.” Luo Qing Chen nodded before not saying anything else.

She looked out the window and felt that this weather was filled with a bit of sadness.

When she got out, she walked for around thirty minutes before finally arriving in front of a villa.

When she closed her eyes, she could still remember the scenes of their final fight here like a movie playing.

Deeply imprinted in her mind……

“Are you okay?” Luo Qing Chen looked up as her eyes turned red. She bit her lip and said, “Are you really……not coming back?”

There was a cool breeze that blew past that raised her long curly hair. The ribbon in her hair danced in the wind and when she closed her eyes, it was like a painted picture, incomparably beautiful.

Luo Qing Chen’s heart trembled, as her lashes shook and even her fingers couldn’t help shaking.

The empty villa without a single sound, as if no one had ever been here before.

She took a deep breath and walked to the backyard. When she saw the large star chart, but no full red moon in the sky, she couldn’t help feeling a bit disappointed.

She remembered when he was standing here with her figure reflected in his deep eyes that were filled with unwillingness.

But now that everything was peaceful, why didn’t he come back……