Support
Random Novel
The Experimental Log of the Craz 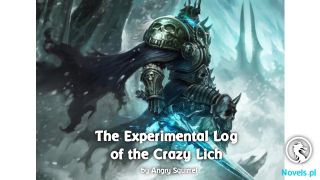 «Provocative Fiery Wife: My Superior is a Affectionate Spitfire (Web Novel) - Chapter 2472: I do not wish to see you.

PEI GE lay in her room alone. She had not eaten for the entire day, and the only thought in her mind was to leave.

She had had enough of this kind of life, and she didn’t know when it would end.

At the sound of someone knocking on the door, she immediately lifted her head and pretended to be asleep, refusing to open her eyes.

Shen Feng was probably the only one who had returned at this time. The only person she could see now was Huang tie, who was at the door, and Shen Feng.

He was like a shadow, constantly reminding her of how terrible her life was.

When she did not get a response, Shen Feng pushed the door open and entered. The moment he did so, she could smell the fragrance of food.

However, she didn’t want to eat. She even felt waves of disgust. Now that she was pregnant and depressed, she couldn’t eat anything at all.

No matter how delicious the food was, it still felt like a burden to her.

She didn’t want to eat, and she wasn’t willing to eat. She didn’t even want to see Shen Feng or hear his voice, which made her extremely annoyed.

His gentle voice made it seem as if nothing had happened between the two of them. They were getting along extremely happily.

She did not say a word and merely kept her eyes closed. Perhaps this was the only way she could calm her heart.

“PEI GE, I know you’re not asleep yet. Wake up and eat. You may be in a bad mood, but you can’t go hungry.”

Shen Feng frowned at her unmoving body on the bed. She was not even covered by the blanket and was just lying there. It made his heart ache.

If not for her unwillingness, he would have covered her with the blanket and fed her personally.

“PEI GE, the food will get cold later. You’ll catch a cold like this!”

There was still no response. Shen Feng’s words were like a stone sinking into the sea, and there was no response at all.

His brows furrowed even more, and he wished he could pull her up, force her to eat, and yell at her.

“I know you’re listening, so let me tell you something. If you don’t eat, you’ll never leave this place, and you’ll never see your kids again.”

PEI GE finally reacted to his words. She sat up on the bed and glared at Shen Feng while pointing at the door.

Although she sounded angry, her voice was so calm that no one could detect any emotion.

It was this cold voice that made Shen Feng feel relieved. She was finally willing to get up.

As long as she was willing to get up, he would not complain even if she told him off.

“PEI GE, you’re finally willing to get up. Hurry and eat something. This is your favorite porridge I made for you today.”

Shen Feng excitedly brought the porridge to her, hoping that she would have some.

PEI GE merely smiled coldly and knocked over the bowl of porridge with a wave of her hand.

The White porridge fell to the ground in a nauseating manner, just like how PEI GE’s heart was currently feeling.

“I know that you’re in a bad mood, but you can’t ruin your body like this. Don’t forget that you still have a child in your stomach!”

Shen Feng’s kind reminder caused her eyes to redden and her emotions to fluctuate again.

“Get out. I told you to get out. I don’t want to see you. Don’t you understand?”

Her hoarse voice made one’s heart ache. She could feel the pain, but she did not want it to continue peacefully.

She didn’t want to be a bird that was locked up in a golden cage. She could only look at the prosperity in front of her, but she would never be able to fly out. She had to be teased.

This was not the life she wanted and was not what she wanted, so she kept trying to break free.

“Okay, don’t be angry. I’ll go out after you finish your meal. I definitely won’t make you upset.”

Shen Feng was still unwilling to go out. He did not want to leave her alone.

Even if she was filled with resentment toward him, Shen Feng had never thought of making her stay.

However, PEI GE was not willing to do so and directly threw a pillow at Shen Feng.””I’m not eating. I’ve said it before, if you don’t let me out, I won’t eat. If you have the ability, then starve me to death!”

PEI GE’s words made Shen Feng’s face sink as he unhappily replied,””I will let you out, but not now.”

“Hypocrite!” “Shut up!” She shouted at him in exasperation as tears fell from her eyes. She lay on the bed and stared at the ceiling.

She was really too tired and didn’t have any strength to continue like this. If Shen Feng wanted to continue imprisoning him, he would probably only obtain a corpse.

No one in this world would be willing to live such a life.

“Then have a good rest. I’ll bring you dinner later.”

Shen Feng could only sigh and walk out of the room when he saw how determined she was.

After they left, Shen Feng immediately got Huang tie to find a nanny to sweep the floor.

After all, the floor was full of porridge and fragments. If she accidentally stepped on them, the consequences would be unimaginable.

“Boss, are you really going to be so insistent? If miss PEI doesn’t want to eat, why do you have to?”

However, Shen Feng smiled and said,”whether she’s willing to eat or not is her business. Whether I want to do it or not is my business. I won’t give up just because she doesn’t eat.”

“Huang tie, guard it well. I know what I’m doing,”

Although Huang tie didn’t understand Shen Feng’s words, he still respected him from the bottom of his heart and continued to guard the door.

In this world, there was only one thing that one was willing to do, and that was to do anything for one’s lover willingly.

Even if there was no reward in the end, the process was still exceptionally wonderful. Just like now, when Shen Feng insisted on cooking for her, she did not even spare him a glance.

At night, Shen Feng came to deliver dinner again. PEI GE was still sleeping when she heard him enter. She immediately covered her head with the blanket, not wanting to hear anything.

Shen Feng sighed and turned around to leave.

The moment he stepped out, he heard the sound of her throwing all the utensils on the floor again.

“Huang tie, let the others clean up.”

Shen Feng frowned and ordered Huang tie. He then turned around and walked out. His eyes were still filled with helplessness and depression. There was also grief and indignation as he walked.