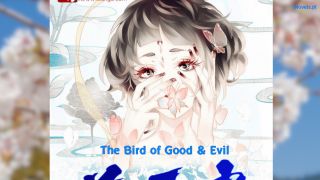 Not long after, the doctor arrived. After a checkup, he told Shen Feng that PEI GE had fainted due to her emotional outburst.

“Will she be alright? Didn’t you say before that you can’t let her be agitated? now that she’s fainted again, will there be any …”

Shen Feng did not continue because he knew that this was not a good thing for her.

The doctor frowned as he looked at Shen Feng. In the end, he sighed,””Although that’s what you say, it shouldn’t be a big problem. Just be careful in the future. Don’t let her feel depressed, or it will be more difficult to treat her in the future.”

“Mr. Shen, it’s best if you don’t let her get too emotional.”

Hearing the doctor’s words, Shen Feng immediately frowned. But in the end, he didn’t say anything and let the doctor go.

Half an hour later, she finally woke up, but she was the only one in the room. Shen Feng had already left.

A cold smile appeared on her face. Shen Feng’s patience was just like this, wasn’t it still exhausted by her?

She sat up and looked at her wrist. There were some bruises on it. She understood that the doctor must have come over. Otherwise, she would not have woken up so quickly.

She knew her own body well. If it wasn’t for the over-stimulation, she wouldn’t have fainted.

This was what she wanted, so her face was filled with excitement and happiness.

However, since Shen Feng was not around, PEI GE still wanted to go out for a walk. After all, she also felt very stifled in her room.

However, as soon as he pushed the door open, he saw Huang tie standing outside like a statue, motionless.

Although he did not move, the moment she stepped out of the door, she heard his voice.

“Miss PEI, boss told you to recuperate in your room and not go out.”

Huang tie’s business-like attitude made PEI GE feel a little uncomfortable. She frowned at him.”He wants to lock me up again?”

“Miss PEI, boss said that you should rest well and not think too much.”

This Huang tie kept calling her ‘boss’, and she felt that she really could not communicate with him, so she could only return to her room in a Huff.

This was great. She didn’t have the hateful Shen Feng anymore. At the same time, she also lost her freedom.

Being locked up was already depressing enough, and now that he was not even allowed to go out of his room, she was extremely frustrated.

She did not eat lunch in the afternoon and even told the nanny that she would not eat if she did not leave the room.

Shen Feng was waiting outside, and his face darkened when he learned that she had not taken a single bite.

“She’s going on a hunger strike?” The cold voice made the nanny jump in shock, as if Shen Feng was targeting her.

She immediately recollected her thoughts and replied,””Yes. Miss PEI said that if she doesn’t go out, she won’t eat.”

Shen Feng frowned at the housekeeper as he thought about what he should do. After all, PEI GE was really hard to deal with.

He had worked so hard for so long, but PEI GE did not even care about it.

At night, Shen Feng personally went to the kitchen to cook and brought the food to PEI GE’s room.

Shen Feng’s voice gave her a glimmer of hope. She turned to look at him, hoping that he would let her out.

However, Shen Feng did not say anything. He merely placed the food on the table and said,””Because you’re too disobedient, I can only let you stay in the room at ease.”

“Shen Feng, what you’re saying is that you won’t let me out, right?”

PEI GE sneered. There was no need for such a pretense between the two of them.

No matter what he wanted to say, she was very clear about it.

However, she couldn’t refuse. There was always a thought in her heart telling herself that she couldn’t say that.

Shen Feng sighed. He understood her worries and knew why she was acting this way, but he could not do it.

There are some things that everyone knows, but it’s not what we think.

Since Shen Feng had already said so, PEI GE did not say anything more and could only lower her minimum target.

She didn’t expect Shen Feng to let her out after thinking things through, but she hoped that she could go out of her room and take a walk.

However, Shen Feng wasn’t willing to agree to such a simple condition. He was like a person who kept his goal and bottom line.

No matter what others said or did, he would not lower his requirements.

He had always wanted her to give in, no matter how unwilling he was. PEI GE could not do it, so the two of them were destined to stand against each other.

If PEI GE could lower her head a little, as long as it was not too much, Shen Feng would definitely be willing to give in.

“Alright. Since you’ve put it that way, I can only wait and see. I hope you won’t disappoint me.”

Shen Feng said angrily. He turned around and left, but he still left the food behind.

Looking at those things, she suddenly felt an inexplicable sourness in her heart, just like when she was with Ji Ziming.

She missed him so much that it would be good even if she could see him. But she didn’t have a phone, so she didn’t know what to do.

PEI GE was already tired of living like this day after day. She hoped that Shen Feng would let her go one day when he was tired of her.

She called out softly, her eyes filled with reminiscence.

She did not know when she would be able to see him again, nor did she know how they would be like the next time they met.

However, she knew very well that she would never change. She was just afraid that the man would agree to whatever conditions Liu Lina threatened him with.

This was something she could not tolerate. She had never wanted such a simple life.

Shen Feng, who had been peeking at her from outside, fell silent. This was because she really had not eaten. She did not even take a second look at the food.

Feeling vexed, Shen Feng ran to the gym to work out. His mind was filled with PEI GE’s stubborn look, and he could not forget it no matter what.

Huang tie’s call came in on time to remind Shen Feng that it was time to go home and cook. He immediately packed up and prepared to go home. After all, the most important thing to do now was probably to cook for her.