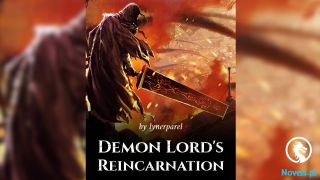 «Provocative Fiery Wife: My Superior is a Affectionate Spitfire (Web Novel) - Chapter 2470: Why did you do that?

Perhaps Shen Feng’s words had taken effect, for PEI GE was much calmer now. She looked at him, trying to figure out the truth in his words.

“I believe you,” she suddenly said as she looked at him with smiling eyes.

It was this smile that made Shen Feng freeze. She was too beautiful, probably because he had never seen her smile so beautifully before.

Shen Feng was a little touched. He did not expect her to believe him. He was filled with surprise, and it was as if a flower had bloomed inside him.

PEI GE suddenly fell silent and lowered her head. She loosened her grip on Shen Feng’s hand and sat on the floor listlessly.

Shen Feng’s eyes darkened as he had never seen her like this before.

Shen Feng called out to her a few times, but she did not respond. It was as if something had suddenly sapped all her strength.

After some time, she finally raised her head.

Realizing that Shen Feng was still in front of her, she could not help but laugh out loud. The more she laughed, the crazier she became. Finally, she stood up and laughed out the window.

Shen Feng walked over with a frown. He did not dare to speak too loudly for fear of scaring her.

She did not say a word, though, and only stopped laughing when she was done.

“Shen Feng, is Ji Ziming being controlled by Liu Lina? Isn’t that right?”

PEI GE turned to look at Shen Feng with cold eyes. She had never thought that she would feel so miserable one day.

It was probably because of this that she had to get to the bottom of this. She could never give up.

Shen Feng did not answer her question and, instead, told her to rest. His eyes were filled with worry and helplessness.

However, how could she rest? Her heart was filled with grief and indignation at this moment. She could not accept this at all.

“Rest? Do you think I can’t sleep? Can it be eaten? Shen Feng, don’t you think that everyone in this world deserves to be harmed by you?”

She questioned coldly, but her voice grew louder when she saw that Shen Feng was not speaking.

“Say something! Is Ji Ziming being controlled by Liu Lina? Why are you doing this? Why? Why did you break us up?”

“What did we do wrong? Shen Feng, how could you and Liu Lina separate me and Ji Ziming? Do you know how much I love him?”

She could not imagine how awkward the situation would be if Ji Ziming was also controlled by Liu Lina.

She was not sure what a woman like Liu Lina would do to Ji Ziming. However, if he did not follow Liu Lina’s instructions, she would not show him any mercy.

PEI GE continued to cry as her tears kept falling. Shen Feng’s heart ached for her and he reached out to hug her.

As he said that, he took a big step back. Especially when Shen Feng came over, his face was full of excitement, not allowing Shen Feng to get close.

“Alright, alright. I’ll listen to you. I won’t come over. PEI GE, don’t be like this. Don’t be agitated and calm down, okay?”

Shen Feng didn’t know what to say anymore. It seemed like only a soft request like this could give his heart a trace of redemption.

He could not forgive himself, especially when he saw her cry. His heart was almost broken.

“Enough, Shen Feng, you’ve gone too far. Why should we be separated by you? Why? And you can get what you want safely like this?”

“We just hoped that we could be together in peace, but that little bit of happiness was destroyed by the two of you. Destroyed, nothing is left.”

She did not know why she had suddenly recalled all this, but the pain in her heart was about to crush her.

He really couldn’t keep going. He was so tired.

As she cried and said this, Shen Feng could only listen quietly and let her vent.

The only thing he could do was to accompany her, but PEI GE was unwilling to give up. The moment Shen Feng came over, she pushed him away and ran out.

Shen Feng’s expression changed when he saw her run out. He called out to Huang tie and then sat in a daze on his chair.

Huang tie, who was outside, was caught off guard when he saw PEI GE run out with tears on her face.

It was not that he did not hear their conversation, but his heart was filled with shock when he saw her, especially when he heard Shen Feng’s voice.

Huang tie understood that he could not let her leave, so he immediately chased after her.

She only stopped after he called her a few times. Her face was still wet, but her eyes were still filled with shock.

Tian ting stopped and looked at Huang tie, asking,”Who are you? Are you going to capture me and bring me back?”

The tears on her face made her look extremely weak, as if even the slightest movement could make her fall.

“Miss PEI, I’m sorry to have offended you!”

Huang tie was taken aback for a moment before he replied. He did not have much feelings for her. After all, she was someone Shen Feng liked, so all he had to do was give her enough respect.

PEI GE laughed at herself, probably because she understood that Huang tie was Shen Feng’s man. Just as she was about to say something, her vision turned black and she fainted.

“PEI GE!” Huang tie exclaimed in shock and immediately carried her to her room.

Shen Feng was in a daze when he heard that PEI GE had fainted. It was only when Huang tie carried PEI GE in that he understood the severity of the matter.

Shen Feng instructed and immediately went to her side to take care of her. Now that she had fainted, she looked a little more peaceful, which made people’s hearts ache.