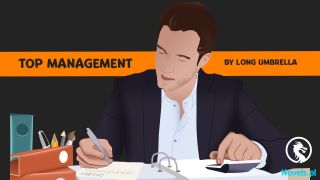 «Provocative Fiery Wife: My Superior is a Affectionate Spitfire (Web Novel) - Chapter 2473: Do you want a story?

She did not eat for two whole days and smashed all the food that Shen Feng sent over.

In the end, she lost interest in it and simply left it there, letting it cool and change color before the nanny took it away.

She felt that this kind of life was too boring and that she was about to go crazy.

At night, PEI GE had just laid down when she heard the door open. She immediately became alert. The person who came this late should be Shen Feng.

But what was he doing here? During this period of time, Shen Feng had never been here at such a late hour. So why?

PEI GE sat up and looked at Shen Feng angrily. She did not want to see him, especially at this time.

If there was one thing that she hated the most, it would be hypocrisy.

PEI GE’s face was filled with displeasure and wariness, as though it would be blasphemy if Shen Feng did not explain himself clearly.

Fortunately, Shen Feng would not stoop to her level and merely looked at her with a normal expression.””You’re too stubborn, PEI GE. You’ve never changed.”

His words, which could be a sigh or something else, made her frown.

“What I do is none of your business.” She was still as cold as ever, and all her enthusiasm was for him.

Other than him, no one else could make her warm up.

This person in front of her was even more unacceptable. Every time she saw him, the anger in her heart would rise.

Shen Feng chuckled. He did not care about her attitude at all, though no one knew if he was used to it or not.

PEI GE was not used to this abnormal way of getting along, but she had no choice but to look at Shen Feng.

He definitely didn’t come here so late to waste time. He must have something to say to her.

She sat by the bed and looked at him. She didn’t want to continue talking nonsense with Shen Feng. This man, just looking at him, she wanted to tear him apart.

He was probably feeling a little embarrassed, so he nodded and sat down beside her.

She avoided him like he was the plague.””Stay away from me.”

“Sure.” Shen Feng did not mind her attitude. He was already used to it.

Seeing that Shen Feng did not go overboard and sit beside her, she finally relaxed.

She looked at him coldly, as though she was looking at a stranger or an enemy.

Shen Feng could not remember when their relationship had become like this, but he knew that he and PEI GE had become strangers.

Fortunately, the heavens still remembered him and allowed him to meet her again. Furthermore, he had this opportunity.

“PEI GE, no matter what, I still hope that you can take care of your body. Your body can’t take it if you don’t eat. You’re not alone anymore.”

Shen Feng hesitated and frowned, not knowing what to say, so he could only blurt out a bunch of nonsense that PEI GE did not like to hear.

Feeling embarrassed, Shen Feng quickly changed the topic and looked at her with a deep gaze.””Do you want to hear a story?”

“Shen Feng, what are you trying to do? I really don’t want to talk about this with you.”

She said angrily. To her, this man’s every move was filled with disgust.

This was especially so when he was thinking for her own good. This made her extremely annoyed and she did not want to hear him speak at all.

Listen to stories? How could she be in the mood to listen to a story? wasn’t she the biggest story and joke now?

Roughly understanding what she was thinking, Shen Feng laughed.””PEI GE, you’re so humorous. I just wanted to tell you a story!”

“Tell a story? You’re not sleeping in the middle of the night and you’re here to tell me a story. Shen Feng, are you sick?”

PEI GE glared at Shen Feng angrily. She did not want to listen to his story, much less his words. The only thing she wanted to do now was to get out of here.

Seeing that she was angry, Shen Feng did not back off. Instead, he nodded and said seriously,””It’s just a story, you can just listen. ”

Seeing how insistent he was, PEI GE could only nod her head in the end. However, her face was filled with impatience, especially when she saw the look in his eyes.

If he really cared about her as much as he showed, then why did things turn out this way?

All of this was due to Shen Feng’s selfishness, which was why it ended up like that. She was not willing.

“I remember we were in the same high school. Do you remember?”

Shen Feng seemed to be in high spirits as he did not forget to ask her about it while explaining to her.

She mumbled. How could she possibly forget? she just could not remember it clearly.

Seeing her nod, a hint of excitement even appeared in her eyes.

“At that time, I was sitting behind you. I always liked to pull your hair from behind, and you would run to the teacher to tell him. You were especially aggrieved and angry.”

“But the consequence of telling the teacher is that I will continue to target you and bully you. I’ve hidden your textbooks and stationery so that you can’t use them. ”

Shen Feng said in a daze, as if he had completely fallen into his own memories.

“After that, someone brought you milk. If you drank it, I would hit you. Do you still remember how I often tell you that when the teacher calls for you, you’ll just run over obediently?”

“But in the end, you were reprimanded by the teacher. The story of the wolf came, but you didn’t learn to be good. Every time I told you, you would still believe me. You were so silly.”

PEI GE quietly listened to Shen Feng’s recount of the past. She still remembered some things.

It was just that he did not remember it as clearly as Shen Feng. When she heard him say this, there was only Ji Ziming in her mind. She suddenly thought of him.

Now that she knew where he was and whether Liu Lina had done anything else, she could almost imagine that Liu Lina would use her to threaten him.

Shen Feng and Liu Lina’s plan was very good. They used the two of them to restrain each other, especially Ji Ziming.

“PEI GE, tell me, why were you so silly back then? you didn’t guard against anyone at all, even if that person often bullied you and didn’t treat you well.”

“But you’ve changed. I’ve been thinking about things from the past recently. It’s as if we can call it a memory. Those are the only things that can be considered good memories.”