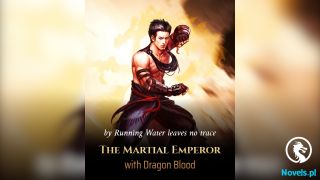 «Provocative Fiery Wife: My Superior is a Affectionate Spitfire (Web Novel) - Chapter 2460: The cooperation is broken.

Chapter 2460: The cooperation is broken.

“No,” Seeing that Shen Feng was about to leave, Liu Lina quickly pulled on the hem of his suit. She panicked,”Shen Feng …”

He thought that this sentence was the only answer he had for all the things that had happened between him and Liu Lina.

From the beginning to the end, she clearly understood that although the person in front of her looked gentle, many times, she was the one who relied on her identity as the mistress of the South Africa boss and constantly used her power to try and control Shen Feng, trying to use her power to express her control over Shen Feng.

However, she had never controlled Shen Feng. Sometimes, she was even controlled willingly.

She was also afraid of being abandoned.

In this relationship, it seemed that she had the upper hand. However, Liu Lina had long known that she was the weaker one.

It was because the weaker one was, the more they wanted to resist, to show their strength and value.

Liu Lina took a deep breath to calm herself down. She said,”Shen Feng, give me one more chance.”

“You can’t … You don’t have that right …” Liu Lina realized that her voice was trembling.

“Don’t use the person you suspect, and use the person you use without suspicion. ” Shen Feng shook off Liu Lina’s hand and continued to walk forward with his long legs,”I’m sorry, miss Liu. I can’t guarantee that I can continue to trust you like this, so there’s no need for us to cooperate.”

Liu Lina looked at his resolute figure as he left. She shouted angrily,””Shen Feng, you can’t let her destroy you!”

“Shen Feng, you will regret this!”

“You will regret this!”

PEI GE was lying on the bed when Shen Feng opened the door. She was not asleep, but her sharp senses told her that Shen Feng was about to return. She did not know how to face him, so she pretended to be asleep.

On the way back, Shen Feng went to see a doctor. Although the bones in his hand looked no different from a normal person ‘s, it had still damaged his Foundation and he couldn’t act rashly.

When the nanny saw that Shen Feng had returned, she welcomed him warmly and asked,”Sir, do you need a meal?”

The nanny was a little afraid of Shen Feng, especially when PEI GE had not completed what she was supposed to.

“Not yet,” She thought for a while, and her survival instinct made her add,”maybe he wants to have a meal with you, Sir.”

“You think that’s an excuse?” It just so happened that Shen Feng wasn’t in a good mood today, and the nanny just happened to bump into the muzzle of Shen Feng’s gun. Shen Feng didn’t hold back and said,”I told you to take good care of Madam, and this is how you take care of her? Did you not hear about the nanny before you were hired?”

The nanny trembled in fear after hearing those words. She wondered if she should immediately kneel down and express her loyalty like those in those ancient palace dramas.

The nanny almost said “spare me” in full detail.

She heard a gentle female voice.”i didn’t want to eat it. It has nothing to do with her.”

Although she really did not want to interact with him, this voice reminded her of the past.

When the chef died.

Such a living being, and it was a 1.8-meter tall man who had suddenly fallen down after angering Shen Feng.

Sometimes, she would have nightmares about that pool of blood.

She looked at the trembling nanny and clenched her fists.

PEI GE, you have to calm down and save him.

Shen Feng only looked at her, as if waiting for her to say something.

The housekeeper was completely confused by the situation. She simply watched the two of them and vaguely felt that PEI GE was here to save her.

“Hmm?” “Not feeling well?” he scrutinized her.

Then, he looked at the housekeeper threateningly.

PEI GE slowly came to understand that she and the nanny were just chess pieces on the chessboard, or rather, the nanny was the bait, while she and PEI GE were just pets in Shen Feng’s cage.

She paused and shifted her gaze to Shen Feng.”No, I’m waiting for you.”

Shen Feng was even more interested and said softly,””Wait for me?”

“I’ll be waiting. ” She took a deep breath.”I’m waiting for you to come and have a meal together.”

“You’ve worked hard these few days, especially your hand. ” Only then did she shift her gaze to Shen Feng’s hand and said with a trembling voice,””Your hand needs to be nourished. Although I can’t help, I want to have a meal with you.”

Shen Feng was satisfied.”Your presence is the greatest help.”

“I’ve already terminated the collaboration with Liu Lina. ” She heaved a sigh of relief when she heard this.

“Why?” she was taken aback.

She subconsciously asked, but she quickly realized that she might not answer this question and might even trouble Shen Feng.”It’s fine if you don’t want to tell me.”

She lowered her eyes.

“If I don’t want to tell you, I won’t tell you.” Shen Feng pulled her hand and invited her to take a seat.”Isn’t it obvious what the reason is?”

She looked at his hand in shock but still sat down obediently.

She didn’t want to comment on the previous sentence.

There were many things that Shen Feng did not want to talk about, but every time he ran out of topics to talk about, he would use this confidential information to tempt her.

Every time she made up her mind to ignore Shen Feng, she would obediently take the bait the moment he used such a method.

But this time, she saw that Shen Feng wanted to say something, so she softly asked,”What do I know?”

She followed Shen Feng’s gaze and looked at her stomach.”Because of the baby?”

The feeling of being pushed down the stairs that day was still fresh in her mind. Although she did not want to admit it, she could not forget Shen Feng’s strong arms that day.

Just as she was in a daze, Shen Feng said,””I won’t trust anyone who wants to threaten your life, and I won’t work with him.”

PEI GE was touched by his words.”You’re so good to me, but I have no way of repaying you.”

Her words were obviously sour.