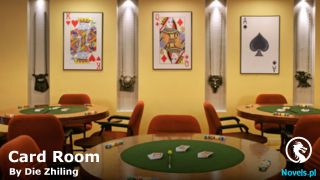 He did not hide his intentions at all, so PEI GE feigned ignorance and smiled.

She would definitely leave, no matter what.

In the huge villa.

The man held the wine glass between his fingers and stared at the liquid in it. Without her around, this home was meaningless to him.

If not for the fact that PEI GE was still in their hands, he would not be so restricted.

The moment Liu Lina stepped into the area where the bar counter was, she could smell the strong aroma of wine in the air. Liu Lina sniffed and squinted her eyes. She walked over in her high heels.

Ji Ziming raised his head slightly as the brown liquid in the cup disappeared between his lips.

“Stop drinking!” Liu Lina snatched the cup from his hand and looked at him with a dark expression.

“It’s you. ” He wiped the wine stain from the corner of his mouth with his thumb.

“If it wasn’t me, who did you think it was?” Liu Lina placed the glass on the bar counter, making a crisp sound.”You think it’s PEI GE? It’s a pity that she’s currently enjoying her sweet time with Shen Feng, how could she still think of you?”

Liu Lina raised an eyebrow and pulled him closer by his tie.””Why do you have to keep it on your mind? Am I not beautiful?” She breathed out at his mouth like an orchid.

He pushed her away.”I still have work to do, so I’ll head upstairs first.”

Liu Lina stood up straight and smiled.”Ah Ming, why do you have to do this? what if Shen Feng hides PEI GE for the rest of his life?” You still want to keep your chastity for her for the rest of your life?” “However, I also don’t like Shen Feng’s actions. I will help you.”

Ji Ziming sneered inwardly as he sat on the barstool.

He calmly turned his head, poured the remaining wine in the wine glass into his mouth, and then went upstairs.

For the next few days, Liu Lina’s attitude toward him was not as enthusiastic. Liu Lina did not even find an opportunity to get close to him as she did in the past. Ji Ziming’s eyes narrowed and his thin lips curled into a mysterious smile when he saw Liu Lina hurriedly walk past him.

He already knew that Liu Lina was busy dealing with Shen Feng.

The east wind he wanted to borrow had arrived.

Once he was back in the study, he made a call, which was quickly picked up.

Ji Ziming did not give the other party a chance to speak and got straight to the point.”Liu Lina and Shen Feng have done so many things. I don’t believe that there’s no evidence at all. Help me investigate.”

Holding the phone, he said,”I don’t need an excuse. You just need to do as I say.”

“No matter what evidence you find, don’t act rashly.” A suspicion came from the other end of the phone, and he coldly snorted.””Just do as I say.”

A cunning rabbit has Three Burrows. PEI GE was still in Shen Feng’s hands, and he could not act rashly without ensuring her safety.

Hearing the answer from the other end of the phone, he hummed in agreement and added,””Also, it’s been so long. Haven’t you guys found her whereabouts?”

“You didn’t find it?” Ji Ziming sneered.”How much time do you want me to give you? One year or two years? Is Shen Feng’s influence so great that you need to spend so much effort?”

“I don’t need an excuse!” “As soon as possible,” he interrupted.

The child in PEI GE’s stomach was getting bigger, and he did not want to miss any part of the child’s growth!

On the other side.

“Shen Feng, I’ll give you a chance to take back your words!” Liu Lina shouted.

Shen Feng only looked at her lazily and didn’t seem to have any intention of paying attention to her.

“Shen Feng, good job!” Liu Lina was so angry that she walked around with her hands on her waist. She was still unwilling to give up. She turned to look at Shen Feng and said with a smile,”If you have the ability, don’t regret it!”

He looked at her coldly, causing Liu Lina’s heart to turn cold. After a long while, Shen Feng finally spoke,”Do you think I’m someone who would regret it?”

Liu Lina finally couldn’t take it anymore. She placed her hands on her waist and pointed at Shen Feng, “Don’t you want the power in South Africa?”

Shen Feng slowly shook the cup in his hand. He elegantly lowered his head and concentrated on it, “It’s beyond my reach,”

“Hehe?” Liu Lina laughed coldly when she heard his words.”Shen Feng, are you still too naive?”

Liu Lina was infuriated by his nonchalant attitude. She raised her finger in anger and said,”Shen Feng, aren’t you too naive? do you think that with your current ability …”

Liu Lina walked back to Shen Feng and looked down at him.”Shen Feng, don’t you think it’s too early for you to be at ease?”

Shen Feng slowly swallowed the tea in his mouth. From the beginning to the end, he was still elegant and handsome. He softly replied to Liu Lina’s provocation,”How would I dare to?”

Liu Lina was stunned by Shen Feng’s soft words. She wanted to say something but didn’t know where to start.

“But your attitude clearly tells me that you don’t plan on working with me.” Liu Lina said angrily.

Shen Feng laughed,”what makes you think that I would still want to work with you?”

Liu Lina furrowed her brows. She tried her best to maintain her beautiful appearance.”Shen Feng, don’t challenge me again and again.”

Although Shen Feng’s fractured hand looked normal, it was still a fracture and it wouldn’t recover so quickly. For him to be able to drink tea so elegantly and calmly and gently propose to cut off all ties with Liu Lina, he had already done his best.

He only said this.

Liu Lina exploded at once.”Shen Feng, did I ask you to pick up PEI GE? You’re the one who made yourself like this! How! Do you still want to blame me now? Shen Feng, one can’t be so shameless. ”

She had always used the words that Shen Feng should rely on to speak.

“Don’t forget about your war with the Cang Dragon. Who gave you your back? who gave you the power you have now?”Liu Lina continued. Don’t you know that in your heart! Shen Feng!”

Shen Feng placed the teacup on the table,”I thank you.”

The moment Shen Feng stood up, his aura immediately suppressed Liu Lina, causing her to stare at him in a daze.