Support
Random Novel
I Have A Super USB Drive 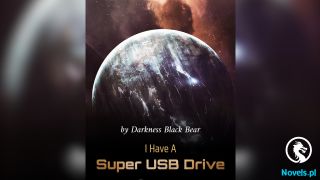 «Provocative Fiery Wife: My Superior is a Affectionate Spitfire (Web Novel) - Chapter 2458: Avoiding the topic and talking about him

Chapter 2458: Avoiding the topic and talking about him

“Your words really break my heart.” Shen Feng sighed,”I’ve always been a warm and hospitable person.”

Liu Lina took a step back and sneered with her arms crossed.””Shen Feng, it seems that I’ve underestimated her influence in your heart.” For him to do this much for her, it was definitely not a simple matter to obtain her.

Shen Feng’s smile was modest and without any edges,”PEI ‘er is indeed a very important person to me.” He turned his body sideways and showed the window.”Miss Liu, please.”

“What a pity,” Liu Lina sneered. Shaking her head, Liu Lina’s eyes were filled with mockery.”You don’t intend to continue working with me. How do you know if I, Liu Lina, still want to work with you?”

“From the moment you didn’t do anything and even took care of PEI GE, I, Liu Lina, no longer wanted to work with you.” Liu Lina leaned closer to Shen Feng, and her red lips opened and closed in a seductive manner.

Shen Feng raised his eyebrows and sat down.

“Shen Feng, you’re extremely arrogant. In fact, you’ve long been unable to tolerate me pointing fingers at you, right?” How could Liu Lina not see through Shen Feng’s attitude towards her?

However, they were just using each other. As long as the other party still had value, she would not be angry.

Shen Feng’s lips slightly curved up as he stared at her and smiled,””Continue,”

“However, we are actually the same kind of people. As long as the other party still has value, we will use all means to the end. So, let alone me just pointing fingers at you, even if I really did touch your head, you would still tolerate it.” Liu Lina seductively sat down on Shen Feng’s lap.

Her slender fingers, which were painted with red nail polish, gently traced Shen Feng’s outline. Liu Lina’s eyes were so gentle that it was as if she was looking at the man she loved deeply,”But I touched her, so you can’t tolerate it anymore.”

Staring at the man’s well-defined and handsome side profile, Liu Lina asked with a smile,””Am I right?”

A strong female perfume filled the air around him.

He knew how important she was to her the moment he saw her fall from the building.

In that instant, he even thought of many possibilities. How sad would she be if PEI GE were to lose the child? Or, if she refused to give up on the child and was in critical condition …

Fortunately, he caught her.

“Miss Liu, you know so many of my secrets …” Shen Feng narrowed his eyes and a cold glint flashed across his eyes. His long fingers slowly slid from Liu Lina’s jaw to her slender neck.

Liu Lina looked at him with a smile. She did not mind the fingers that were moving around her neck.

She knew that Shen Feng wanted to kill her to take revenge for PEI GE, but he had to weigh his own capabilities before killing her.

“It seems that there’s no chance for cooperation between us.” Her fingers caressed Shen Feng’s face and Liu Lina sighed with regret,”I thought we would become the most tacit partners.”

“It is indeed a pity.” Shen Feng laughed.

The two of them hugged each other intimately i their actions were flirtatious and full of teasing i but the air around them slowly turned cold.

Killing intent seemed to be spreading in the surroundings.

Liu Lina pushed him away and smiled seductively.”Shen Feng, it’s been a pleasure working with you.” Standing up, Liu Lina caressed her dress.”Then, goodbye.”

Her high heels didn’t make any sound as they stepped on the carpet.

The slender figure disappeared by the door.

Shen Feng’s smiling face gradually turned cold. The faint smell of perfume that still lingered in his nose made Shen Feng sneer and he raised his hand to cover his nose.

When Shen Feng’s fingers were on Liu Lina’s neck, he wanted to tighten his grip, but his rationality told him to stop. Liu Lina herself was not scary. What was scary was the person behind her.

He would be able to kill Liu Lina without any hesitation when he was strong enough to fight her. Obviously, it was not the time now.

There seemed to be a sound coming from the bedroom.

Shen Feng stood up and went in.

“MHM.” She rubbed her forehead and lowered her head.

Shen Feng sat down by the bed, his bandaged hand not intentionally hidden,”are you feeling alright?”

Shen Feng sneered,”it’s none of your business.”

Shen Feng got injured while trying to save her, so she would feel guilty no matter where she went.

“If I don’t save you, do you want me to watch you fall down from above?” Shen Feng ruffled her hair. His eagle eyes were filled with tenderness.

Of course, she knew that.

However, the person she didn’t want to owe the most right now was Shen Feng.

Her thoughts were too easy to guess.

Shen Feng acted as if he didn’t know and helped her cover her up,”Alright, let’s not talk about this. Do you feel uncomfortable anywhere?”

“No,” she shook her head. He pointed at Shen Feng’s bandaged hand,”Is your hand … Serious?” The concern in his eyes was extremely genuine.

Shen Feng glanced at her indifferently.”I’m fine.” “As long as PEI ‘er is by my side, I’ll be fine.” Shen Feng blinked his eyes.

As long as she was by his side, he would not pursue the matter.

She smiled sincerely.””Don’t worry, I’m guessing you’ll be fine. Your family’s doctor is so skilled, you’ll definitely be fine. ”

He was deliberately avoiding it.

Escaping was no different from rejection.

Shen Feng sneered in his heart, but his expression couldn’t be gentler, “I’m borrowing PEI ‘er’s auspicious words. ” His long and slender fingers pinched her cheeks.

Pinching his face seemed too intimate, so she avoided it. “It seems like you’ll have to drink nourishing soup like me in the coming days.”

She would definitely leave, even if Shen Feng was injured in order to save her.

However, she would never forget that if it wasn’t for Shen Feng, she wouldn’t have to face these difficulties.

“I’m not.” She tilted her head slightly.”You’re injured; you need to nourish your body.” That’s right, that’s what she meant. Only God knew how much the nourishing soup every day gave her a headache.

This was the first time she had smiled so sincerely at him. If he had known that this would work, he would have used it long ago. Unfortunately, all his efforts to please her were in vain.