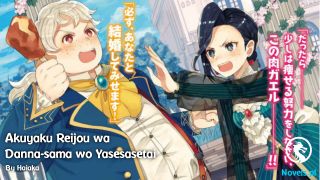 The luxuriously decorated room, with a distinct black and white tone, added a sense of coldness.

The bandage on his hand didn’t make Shen Feng look disheveled at all. Instead, it made him look even more noble and arrogant.

Shen Feng was sitting on the leather sofa with a gloomy face. He was playing with his black phone with his other hand, and his eagle eyes were filled with gloominess and ruthlessness.

Liu Lina stood there for a while before she sneered and sat down on the sofa opposite Shen Feng.

Shen Feng played with the phone in his hand expressionlessly and sneered.””Miss Liu, I really don’t have time to entertain you now.” He looked up at her and said,””Please go back.”

Liu Lina looked at Shen Feng’s cold face and sneered,””If I was a guest at your house, I would definitely leave if you said this to me. However,” her slender fingers gently stroked the armrest beside her,”it’s a pity that I’m not a guest.”

“I don’t think so.” Shen Feng smirked,”no one would attack the host first when they visit someone else’s house …”

“Master?” Liu Lina seemed to have heard a fantasy.”Is PEI GE also considered the master of your house?”

Liu Lina’s alluring face was filled with sarcasm and mockery. PEI GE is also considered the master of my family?

“The only woman living in my Shen Feng’s house, isn’t her identity obvious enough?” Shen Feng raised his brows.

It was just a status. As long as he said that she was, who would dare to say no?

Shen Feng’s underlying meaning was so obvious that Liu Lina could naturally understand.

Liu Lina sneered and looked at him with a mocking gaze.””Shen Feng, it seems like you really like that woman.”

A woman who was pregnant with someone else’s child was able to get him, Shen Feng, to treat her like this? Liu Lina felt like she was about to burst out laughing.

Shen Feng looked at Liu Lina with a calm gaze,””I remember saying from the start that I want a woman.”

“Yes,” Liu Lina nodded, and there was a hint of fierceness in her delicate eyes.”But I thought you wanted to treat her as a toy.” Liu Lina spread her hands slightly and had a meaningful look on her face.

For a person like Shen Feng, what kind of woman could he not get? why would he be so devoted to PEI GE?

“People who like to use their own ideas to judge others are usually stupid as if they are wise.” Shen Feng raised his eyebrows and looked at her.

“You!” Liu Lina narrowed her eyes.”Shen Feng, you don’t have to belittle me like this. I’ve just seen through your thoughts. ” She’s too important in your heart.

Shen Feng sneered.”No, you’re right. I’ve never thought of her as a toy.” Expose his thoughts? Shouldn’t his thoughts be very obvious?

Everyone could see that except for one person who could not understand.

At the thought of PEI GE, Shen Feng’s face darkened and he waved his hand.””Miss Liu, I’m not interested in talking to you. Please leave my house.”

“Shen Feng, don’t forget about our cooperation.” Liu Lina stood up straight with an arrogant look on her face.

“Oh,” Shen Feng made a look of realization and said,””Miss Liu, if you didn’t mention it, I would have forgotten about it.”

Liu Lina sneered.”Shen Feng, I don’t care about your relationship with PEI GE. Since you want her, then please keep her in check. At the same time, remember our cooperation. ”

“Cooperation?” Shen Feng smirked,”looking at miss Liu’s attitude, you still want to work with me?” “I thought that miss Liu wanted to end our cooperation by attacking the mistress of the Shen family.” Shen Feng continued.

The hidden meaning behind the camera was too obvious. “Shen Feng, you want to terminate the cooperation for a woman?”

Shen Feng looked at her and the corner of his lips seemed to have a gentle arc, “You’re wrong. She’s not an ordinary woman. She’s the mistress of the Shen family. ”

Liu Lina sneered impatiently,”Shen Feng, it seems like you want to end the cooperation?” Her beautiful eyes were filled with sarcasm.”In that case …”

Liu Lina slightly raised her eyebrows and leaned forward. Her tender red lips moved closer to Shen Feng’s thin lips and she exhaled,”Oh? So you didn’t want to end the cooperation?” Her slender and fair fingers gently caressed Shen Feng’s handsome face, as if she was caressing her lover.

“Of course not.” Shen Feng looked at her affectionately and wrapped his arm around Liu Lina’s waist. His thin lips were close to Liu Lina’s ear,”As long as you apologize to PEI ‘er, I will not terminate the cooperation.”

Shen Feng retracted his arm and smiled,”how is it?” My request isn’t too much, is it?”

Liu Lina’s eyes instantly turned cold when she heard Shen Feng’s words,”overboard? of course not?” Shen Feng, how do you want me to apologize to her?”

There was a hint of mockery in her beautiful eyes. PEI ‘er, he called her that very intimately. Liu Lina sneered in her heart.

Shen Feng released his hand and caressed Liu Lina’s face affectionately,”How PEI ‘er fell from upstairs, I’ll have to trouble miss Liu to do the same.”

“Do you want me to fall from upstairs too?” Liu Lina raised her eyebrows. She poked Shen Feng’s chest with her red-painted nails and pushed him away,”Why? Shen Feng, are you going to stand below and welcome me?”

Shen Feng took the opportunity to leave her,”why would I? I’m injured now. It doesn’t seem right for miss Liu to ask me to pick you up.”

“Why would I?” Shen Feng sighed,”look at PEI ‘er, didn’t he still survive after falling from the OU Shang group?” Other than being a little frightened.

“That’s because you’re here to pick her up. ” Liu Lina glared at him coldly.

“So you know about it too.” Shen Feng laughed,”since you knew that you would die from falling from above, you still pushed PEI ‘er down. She’s still pregnant.”

So he had been waiting here.

“I see.” “So what?” Liu Lina covered her red lips and sneered. No matter who it was, anyone who blocked her path would be killed without mercy.

“Good question. Miss Liu, please.” Shen Feng raised his hand and casually pointed to the window at the side. “Miss Liu doesn’t have a child in her stomach. She’ll definitely be better off than PEI ‘er if she falls.”

“Shen Feng, for the sake of a woman, you’re going to treat your business partner like this?” Liu Lina narrowed her eyes.

The curtains of the window fluttered in the wind, and the wind blew through her heart.