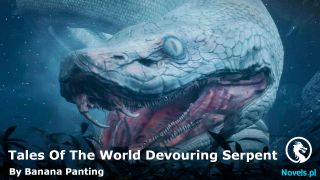 «Provocative Fiery Wife: My Superior is a Affectionate Spitfire (Web Novel) - Chapter 2456: He still came back.

PEI GE supported Shen Feng and looked into his eyes, which were filled with despair, only with her figure.

Shen Feng’s eyes were brimming with tears. Thinking of Ji Ziming, his heart ached even more.

The two of them stopped talking and went back to their own rooms. They lived in peace, but they could see everything.

PEI GE did not dare to make any noise in the middle of the night because she knew that Shen Feng was definitely standing at her door. If she heard any noise, he would definitely run in to check if she was injured. Sometimes, the more nervous one was, the more pressure the person who was nervous would feel. There was no breathing anywhere.

Compared to the previous confrontation, Liu Lina seemed to have become more obedient and gentle this time. She was only thinking about PEI GE’s child, and since Shen Feng was not at home, Huang tie was the only one at home to protect PEI GE. Rather than protection, it was more like surveillance. Zhou Yu was like a porcelain doll that could not grow up. Although she did not understand the relationship between Shen Feng and PEI GE, she cleverly chose to shut up and not ask anything.

When Liu Lina arrived, the two were chatting in the yard. PEI GE was resting on the recliner with her eyes closed, while Zhou Yu was sitting beside her, telling her a Greece story.

“It seems like you’re living quite well. Even when Shen Feng isn’t at home, you can still seduce such a young and handsome man. You really haven’t changed at all. You can’t even feel safe when you’re pregnant. ”

Liu Lina’s words were full of sarcasm, and her anger grew when she saw PEI GE’s lying posture.

“Sister na, our boss said that if miss PEI is polite to you when you come, you’ll be a guest. If you’re rude to her, we have the right to ask you to leave.”

Huang tie, who was standing at the side, felt strange when he saw that PEI GE did not show any signs of displeasure and was instead calmly listening to Zhou Yu’s story. This woman was so different from others. If it were Liu Lina, she would probably jump up and tear the woman who said this apart.

However, she was not Liu Lina. She had enough wisdom and patience.

“What? Can you repeat that?”

“Sister na, it’s the same no matter how many times I’ve said it. You should be more polite to miss PEI. It wouldn’t be good if boss came back and bumped into her, right?”

Huang tie patiently advised, but Liu Lina only agreed on the surface. In her heart, she had already thought of all the ways PEI GE could die.

Liu Lina and Shen Feng were originally planning to stop. They could have killed the man after killing PEI GE, and the Ji family’s assets would then be theirs, but Shen Feng had to protect PEI GE. If she did not die, the man would naturally not be able to resist her. She really could not understand what men were thinking.

Could it be that all the men in the world liked her?

“Alright, I respect her. Of course, I have to respect her. If not, if Shen Feng were to see me, then I wouldn’t be able to explain myself. I might even lose all contact with Shen Feng in the future. That’s why I knew that Shen Feng was a stubborn person, so why did i have to hit his weak spot?”

Liu Lina laughed in embarrassment and walked to her side.”PEI GE, the wind is strong here. Let me bring you in.”

“No need. I think this place is quite nice. If miss Liu thinks it’s big, you can go in. After all, it’s warmer inside.”

PEI GE opened her eyes and looked at the woman in a red dress swaying in the wind. Just looking at her was pleasing to the eye. If Liu Lina did not say anything, the woman’s beauty would be soul-stirring. It was the kind of exquisite beauty that even she, as a woman, felt.

“Forget about me. I’m not pregnant, so it’s fine for me to stand here. Even if you don’t want to go in, I’ll stay here with you for a while and talk to you. As a woman, don’t we have anything to say to each other?”

Liu Lina walked to PEI GE’s side and pulled a chair over to sit down. Zhou Yu stopped talking, and when he saw that Liu Lina had already sat down, he stood up and bowed to bid her farewell before returning to his room.

Liu Lina was right. It was a little cold outside, so it would be good for him to go to the kitchen and make a cup of hot tea for her.

She sat up once Zhou Yu left, her calm face devoid of any emotion.”Why did you come to find me?”

“Let me ask you; do you still love Ji Ziming?”

Liu Lina hit the nail on the head as she looked at PEI GE with a hint of emotion in her eyes.

“Of course, of course I love you, but aren’t you the one who broke us up? Since you’ve already broken us up, why are you still asking me this?”

Liu Lina’s eyes gleamed with success. The wind ruffled her hair, and her sweet scent lingered in PEI GE’s nose.

“Fine. I’ll tell you, then. I don’t love Ji Ziming anymore, so what can he do? what can Shen Feng do? I only care about myself-oh, and now the baby in my stomach. No one can hurt me, and no one can truly take away my freedom.”

“Good, what an interesting woman.”

Liu Lina laughed out loud. No one could really tie a person up. How could she not understand this principle?

PEI GE ignored her and stood up to walk toward the house. Just as she was about to go down the stairs, Liu Lina, who was standing behind her, pushed PEI GE down a very high gap with a pair of dark eyes. As if she was about to jump off a building, PEI GE fell straight down. Shen Feng, who had just rushed back, happened to walk over and reached out to catch her without a second thought.

With the beauty in his arms, Liu Lina’s eyes were shut in pain. When she saw Shen Feng catch PEI GE, her heart skipped a beat. She did not want to go head to head with Shen Feng so soon, but she did not expect that it would come true so soon. In the end, she and Shen Feng would be enemies again because of PEI GE.

This woman really couldn’t be kept.

Keeping her around would only cause all sorts of trouble, but Shen Feng did not have any warning. He did not expect that everything was already under PEI GE’s control.