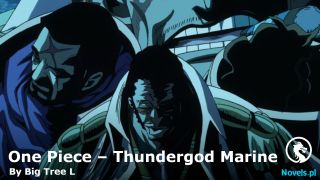 «Provocative Fiery Wife: My Superior is a Affectionate Spitfire (Web Novel) - Chapter 2455: Did you drink?

Only then did he realize that PEI GE seemed to be the only one eating at the dining table. There was a fish bone on her plate, and all the fish meat had been removed. Shen Feng’s plate, on the other hand, was clean, with only the chopsticks having moved. The White porcelain bowl was even more simple.

“Madam, do you have any suggestions for these dishes? I’ll definitely improve it next time. ”

The little chef laughed and praised her when he saw her eyes.

“Madam, your eyes are so beautiful. It’s like a starry sky lives in them.”

PEI GE looked up at the little chef. Her lips curled into a smile, and her eyes seemed to be filled with stars.”What’s your name?”

“You’re indeed a person like jade. Did you come yesterday?”

Zhou Yu looked at Shen Feng and saw that he had a smile on his face, but his eyes were filled with endless darkness and fear. Zhou Yu could not help but say softly,”yes, I just came here yesterday. I made this meal today, it’s my first time cooking.”

PEI GE asked Zhou Yu as her eyes were on Shen Feng. It was obvious why she was here. If Shen Feng did not kidnap her, how could Zhou Yu be here? just like her, she was brought here by Shen Feng. As a second-generation heir, she had no freedom.

No matter how luxurious and romantic this room was, it didn’t belong to her. It wasn’t hers.

What did it have to do with her no matter how luxurious it was?

No other emotions could be seen in her widened eyes. Zhou Yu’s eyes were filled with too many sighs.

“Yes, Madam. I came here of my own free will. This has nothing to do with Mr. Shen. Actually, I should thank Mr. Shen more. If it wasn’t for him, I might have been beaten to death by those hooligans. In order to snatch my backpack, they even took out their knives. I was almost scared to death. Those people are so scary!”

“So, were you suspecting that I forced Zhou Yu to come here?”

Shen Feng said. His slender fingers were pressing on the White porcelain bowl, and his every move was like a scene from a movie.

PEI GE smiled as she looked at Zhou Yu, who was standing at the side, with her beautiful eyes.

She was indeed a beauty.

“Alright, I accept your offer.”

Shen Feng smiled as he looked at PEI GE’s eyes, which became gentler. He then turned to Zhou Yu and said,”you can go down first. Later, cook a pot of porridge for Madam. It has to be light. Madam is currently having a miscarriage, so if you don’t do it well or make her unhappy, I don’t know what I can do to you.”

Her voice was light as she looked at Zhou Yu, the light in her eyes extinguished.

Zhou Yu did not react in time. He looked at Shen Feng and PEI GE, only to see the two look at each other without any love in their eyes.

“Okay, I got it. I’ll go down first. I’ll pay more attention in the future.”

After Zhou Yu left, Shen Feng said,”must you do this in front of others before you’re satisfied?”

“You were the one who got it wrong from the start. Are you blaming me now?”

PEI GE stood up, not wanting to get involved in this inconsequential quarrel with Shen Feng anymore.

“I’m not blaming you, I’m just expressing my opinion. Ge Ge, can you keep hurting me like this? my heart can’t stand your torture anymore. Can you just treat it as saving me? can you not be so cruel to me? I only have this one request. Ge Ge, I can accept that Ji Ziming is the only person in your heart and that the child in your stomach is his, but I can’t accept you telling me again and again that it’s impossible between us. But how could there be so many impossible things in this world? do you think that everything is what I want? Do you think that I, Shen Feng, was born so dark and terrifying?”

Shen Feng walked up to her with a terrifying glint in his dark eyes. PEI GE’s heart shuddered at the sight of it. Even so, she could not hide her true feelings and stay by his side.

‘Ge Ge, have you ever thought about me? do you want to take a look at my inner world? it’s filled with you. Compared to Ji Ziming, do you think my love for you is less? Am I really not as good as him? Ge Ge, can you open your eyes and look at me?”

Shen Feng was practically begging her, but she did not dare to meet his eyes.

Shen Feng’s voice was on the verge of breaking down, but PEI GE still did not lift her eyes.

PEI GE closed her eyes. As long as it was Shen Feng’s request, she did not dare to agree or listen to it. She only had Ji Ziming in her heart. Without him, she would only have the baby right now, and Shen Feng would only be a passer-by.

Shen Feng’s voice was filled with sadness. His heart started to ache when he looked into her eyes.