Support
Random Novel
Rebirth of the Thief Who Roamed 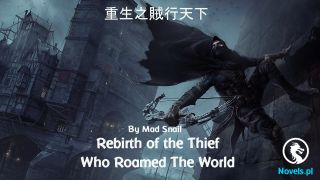 «Provocative Fiery Wife: My Superior is a Affectionate Spitfire (Web Novel) - Chapter 2454: I will not chase you away.

Shen Feng pulled out a chair for her. Once she sat down, he filled a white porcelain bowl with fish soup and placed it beside her.”This was prepared by the servants. Take a look and see if it suits your taste. If you don’t like it, I’ll get them to make it again. You can’t eat the greasy meat either, so drink some fish soup to nourish your body first.”

Shen Feng was meticulous as he surrounded her with every move, word, and smile.

She liked to vomit when she saw meat and fish. She was weak and couldn’t bear to see blood. He knew all of this. In this house, other than not being able to leave the door, there seemed to be no problem in any other aspect.

She should have been touched, but she could not feel happy at all. The more gentle and meticulous Shen Feng was to her, the more afraid she felt. She was afraid that Shen Feng would suddenly take away everything he had given her and even do something harmful to her, such as the baby in her stomach.

Shen Feng’s voice pulled the fantasizing PEI GE back to reality. For the first time, she did not feel like vomiting when she saw the fresh and white fish soup.

His slender fingers picked up the porcelain spoon at the side and gently dipped it into the fish soup. His taste buds seemed to come to life in an instant. The fish in his memory also began to roll around. Everywhere was a vivid spring scene. The light in his eyes seemed to suddenly have a focus and became more and more obvious.

Shen Feng looked at her with a smile on his lips. Does this mean that he’s satisfied?

Shen Feng knew that he had invited the right chef when he saw PEI GE finish half a bowl of porridge in a righteous manner. The kitchen was currently waiting for his verdict with trepidation. It was said that the owner of this house had already ‘invited’ eight chefs to leave for a pregnant woman’s mishap. How could a small-time chef like him dare to neglect his cooking? his cooking skills were indeed top-notch, but he could not understand why this Big Shot had chosen him.

“Then I’ll fill another bowl for you. But you have to drink this bowl slowly. Don’t choke. You still have to eat later.”

Shen Feng looked at her, and the adoration in his eyes was reflected in his eyes.

If only time could stop, he would just watch her eat and immerse herself in the simple meal.

However, no one could guarantee that the happiness that they snatched would last long. Shen Feng did not know how long he would have to live like this. Perhaps he would lay all his cards on the table with Ji Ziming tomorrow, or perhaps until the birth of the baby, or even for the rest of his life. No matter what, she was still not his wife, and her heart had never been with him.

“Why aren’t you eating?”

Shen Feng’s eyes did not blink, but the way he looked at her was no longer as indulgent.

Only the heavens knew how beautiful her eyes were. They were watery and so clear that they couldn’t contain a single flaw. But Shen Feng was that flaw, the one who wanted to sleep in her eyes.

“You’d better eat. Otherwise, you’ll be the one who’s hungry, not me. ”

Her voice was muffled, and Shen Feng could clearly see the avoidance in her eyes.

Shen Feng’s voice was filled with uncertainty when he asked this. His palms were slightly sweaty as he picked up some food for her.

PEI GE’s voice trailed off as a person who looked like he was from the kitchen ran out from the side hall and kneeled in front of Shen Feng.”Mr. Shen, I know my mistake. I shouldn’t have looked down on you. Please let me go. I don’t cook well, but I know a few good chefs. As long as you let me go, I’ll bring them over.”

The chef’s face was delicate, and his eyes were filled with fear as he looked at Shen Feng. However, he did not see PEI GE, who was sitting opposite him.

Shen Feng frowned slightly. Before he could hear what she wanted to say to him, he was interrupted by this small kitchen.

“Mr. Shen, please let me go. I’m begging you. Please let me go. This way, whatever you want in the future, as your servant, I’ll definitely help you do it until you’re satisfied.”

The little chef repeatedly kowtowed. His slightly bulging forehead was very glaring on his delicate face.

“What’s wrong? You’re leaving? I haven’t even given you the reward I promised you, how can you leave?”

Shen Feng felt that it was funny. Could it be that he had forgotten about him? how could Huang tie judge people? how could he let this small kitchen directly run out?

It was fine to scare Shen Feng, but PEI GE should be the most worried.

“Mr. Shen, I really know that I was wrong. Please forgive me and let me go.”

The little chef wanted to save his life. He didn’t want to stay in the kitchen any longer, even if it was the only luxurious place he had seen in his life.

“Didn’t Mr. Shen say that he would reward you?”

PEI GE finally understood that if she did not like today’s dishes, this Little Chef would probably be punished because of her words. With this thought, the good impression she had of her disappeared.

“I … I don’t want any reward. Mr. Shen, please let me go. I’m just a nobody. I’m not important at all. Please let me go and go find those chefs.”

The little chef’s eyes were filled with fear as he looked into Shen Feng’s eyes. This devil-like man.

“Get up, I won’t drive you away. I’m very satisfied with today’s dishes, so what you’re getting is a reward, not the punishment I scared you of. How is it?”

Shen Feng’s lips curved into a smile as he looked at the little chef. Suddenly, he had a hint of interest.

“Really? Are you really not going to punish me?”

The kitchenette could not believe it. Before he came to this house, he had heard too many dark scenes. He was alone in the kitchen, and he had already imagined too many terrifying scenes.

“If you don’t stand up now, I might have to change my mind. So, do you want to stand up and talk to me properly?”

The little chef stood up.