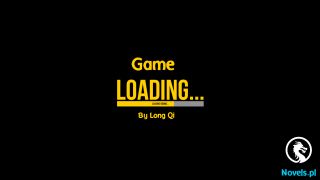 «Provocative Fiery Wife: My Superior is a Affectionate Spitfire (Web Novel) - Chapter 2453: Are you hungry? I am.

Liu Lina spat in her heart. There was no such thing as love in this world. Even if her love for Ji Ziming was so deep-rooted, after so long, even Liu Lina herself could not tell what it meant.

“I’m in danger? You should think carefully about who is more dangerous. Do you think that he’s not on guard against you? Do you really think that you can keep track of him? That’s right. You know that I’ve met with Ji Ziming, and you also know the time and place we will meet. But do you know what we talked about? Do you know if we’re talking about her or you when we’re together?”

Liu Lina was frightened by Shen Feng’s words, but they were all true. If he did not tell her personally, she might not know what he was planning to do to her. She might not be able to do anything about it, and with Ji Ziming doing something behind her back, she might really die Here.

Liu Lina’s eyes were wide open, and she looked at Shen Feng with fear.

She originally thought that Ji Ziming was a terrifying person, but when compared to Shen Feng, he was just a little more terrifying. On the other hand, Shen Feng was like a demon from hell who was able to Capture one’s soul and pick out the things that one was afraid of.

“Shen Feng, have you forgotten that I was the one who helped you get rid of the old dragon? How can you burn the bridge after crossing it?”

Liu Lina looked at Shen Feng, and the fear and fearlessness in her eyes reappeared.

“What’s wrong? Are you afraid?”

The corners of Shen Feng’s lips curled up as he looked at Liu Lina’s eyes. It was as if he was mocking her.

Shen Feng took a step forward, scaring Liu Lina so much that she quickly retreated. The fear in her eyes grew from the depths of her heart.

“Yeah, I’m crazy. If you make me anxious, you won’t have a good time.”

Shen Feng’s gaze was terrifying as he looked at Liu Lina’s eyes that were slowly filled with blood.

“Fine. You win. I won’t argue with you. Don’t You Want Me to not hit her? fine. I won’t hit her. I won’t care about that stupid thing between her and Ji Ziming anymore. Is that still not enough?”

Liu Lina cowered. It wasn’t that she didn’t want to fight with Shen Feng, but she couldn’t afford to have internal strife.

Before the two of them returned to the country, they had already discussed what their goals were after returning. If they fell out now, there would be no point in returning to the country.

“Of course not. You’re going to be Ji Ziming’s informant, but I feel that you’re much more capable than him. You’ve never thought that you’ll be able to win the crown, so aren’t you afraid …”

Shen Feng didn’t continue. He had already made his underlying meaning very clear.

“Alright, I’ll leave, I’ll leave now, I’ll leave your house! Please remember, if it wasn’t for me, you wouldn’t be standing in front of me and talking to me like this!”

After Liu Lina finished speaking, she turned around and left. The hatred in her eyes had already spread to Shen Feng’s chest.

Indeed, this woman could not be left alive.

PEI GE, who was standing behind the door, heard the conversation between Shen Feng and Liu Lina and felt a chill in her heart.

Liu Lina wanted PEI GE to die, but Shen Feng wanted her to live. However, the prerequisite for her to live was to torture her. She could endure it, but the child in her stomach might not be so lucky.

She had to escape from Shen Feng and Liu Lina’s control. Even if she could not return to Ji Ziming’s side, she had to leave this damn place.

Shen Feng only knocked on her door when he heard the sound of the door opening and closing.

She opened the door. Her voice was flat, and her eyes were devoid of life.”Isn’t the key to this room in your shirt pocket? why did you have to knock on the door and ask me to open it?”

“Only when you open the door for me will I feel at home.”

Shen Feng’s lips curved into a smile and the fine bangs on his forehead tilted slightly. With his back facing the light, his figure had a kind of soft Halo.

“I’m so hungry. Are you hungry? You’re eating alone now, and the two of you are absorbing it. Do you want to go downstairs and eat something?”

PEI GE stood still and did not say a word to Shen Feng’s invitation.

“If you don’t say anything, I’ll take it that you’ve agreed to come down for dinner.”

Shen Feng tugged at PEI GE’s arm, the gentleness in his eyes evident. Huang tie, who was standing at the side, felt helpless. If Shen Feng had not fallen into this love web, they might not have allowed Liu Lina to do as she pleased. Alas, the reality was as such. The boss he had always trusted had fallen into her trap step by step. It was like a slow-acting poison with no antidote.

She nodded with tired eyes. Even if she did not eat, the baby in her stomach still needed to eat.

“There’s no need to take the clothes, I have some here. ”

Shen Feng removed his white suit as he spoke. It was still warm to the touch, and coupled with her pale skin, she looked like a dark vampire who had not seen the sun for a long time.

Shen Feng could not understand why Pei GE, who had been taking care of him, was in a worse state.

She turned her head to the side and dodged Shen Feng’s hand that was about to touch her face.

“Alright, let’s go. Let’s go downstairs and have dinner together.”

Shen Feng understood her tacitly and did not say anything else, pretending not to see the hurt in his eyes.

The two of them went downstairs and the servants had already placed dinner on the dining table.

The carp soup that was steaming was specially dropped from the back mountain by Shen Feng. The green vegetables and shiitake mushrooms were fresh and delicious, and the dark red wolfberries were placed on the plate obediently. The mapo tofu was cut into flower-like shapes …

They were all dishes that PEI GE liked and were not overly exaggerated or luxurious. Everything was normal and ordinary, and everything was something that Shen Feng could only look at but not touch.

“Drink the soup first, your stomach will feel warm.”