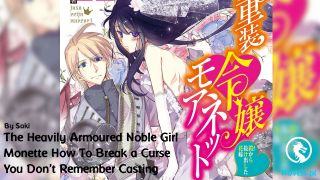 «Provocative Fiery Wife: My Superior is a Affectionate Spitfire (Web Novel) - Chapter 2446: Got his wish

‘PEI GE, I have no other choice. If I become someone I don’t even like myself, just to protect you and your mother from being hurt by bad people, will you hate me? Will you forgive me?” Ji Ziming tossed and turned in bed, unable to sleep.

PEI GE slept early today and was exceptionally at ease. She had a dream in which the man was bathed in blood and the cloak behind him was shrouded in dark clouds. The man gradually disappeared into the clouds. PEI GE was so shocked that she sat up from the bed.

Bearing with the pain, she got off the bed and walked toward the door. At night, PEI GE’s door was also guarded.

“Tell Shen Feng that I have a stomach ache.” PEI GE frowned as beads of sweat dripped from her forehead.

The subordinate didn’t dare to delay and quickly informed Shen Feng. Shen Feng immediately sent her to the hospital.

Fortunately, it was only a heart attack, and there was not much hindrance to the mother and the fetus.

When Shen Feng brought PEI GE back, there were naturally many cars on the road in the middle of the night. PEI GE’s sharp eyes caught sight of Ji Ziming’s car brushing past them. She even saw the face of a woman in the passenger seat.

This was the way to the hospital. Who was that woman in the passenger seat? She went through a thousand hypotheses and overturned them one by one. There was only one answer left-Liu Lina.

Although she had a strong personality, she was also an exceptionally kind person. Although she and Ji Ziming had gone through a lot because of Shen Feng and Liu Lina, she had never hated Liu Lina, but at this moment, she did.

She was screaming in her heart,’that’s my place, that’s my husband, that’s my car, that’s my gentleness, that’s mine alone.’

Shen Feng was a man of many thoughts, and his attention was all on PEI GE, so he did not notice Ji Ziming’s car driving past. However, seeing her expression darken again, he immediately ordered the chauffeur,””Turn around and go back to the hospital.”

“No,” she said. She rejected him loudly. Realizing that he had lost his composure, he quickly explained,””I’m just too tired and need to rest. Let’s go back. ”

She had never used the word ‘return’ to describe the place where she was imprisoned. Shen Feng was a little surprised. He took even more care of her.

Indeed, Ji Ziming and Liu Lina were in the car that passed by. After losing this capable he Yue, the Secretary he Ziming had just promoted was not familiar with the work and did not have the capabilities of the original he Yue. Liu Lina was very satisfied, but Ji Ziming was helpless. He had to do many things by himself and worked overtime almost every day.

Liu Lina, on the other hand, accompanied him every day. Half of her was supervising him, while the other half was extremely bored.

That night, Liu Lina had a high fever.

In the early years, she had suffered a lot in the gangs in South America, and she also had some minor health problems. She would suffer from some pain every few days, but as a “strong woman,” she had never mentioned it to anyone. Although the gang leader from before, her lover, had lived with her for many years and they had shared the same bed but different dreams, he had never truly cared for her. Later on, when she met Shen Feng, she was simply making use of him. Liu Lina, who did not receive any love or care, slowly developed a skill of enduring. A small illness had turned into a big one, and he finally couldn’t take it anymore tonight.

Ji Ziming was so engrossed in his work that he did not notice Liu Lina’s strange behavior at first. Liu Lina groaned in pain when she fell into a semi-coma.

He did not think much of it and brought Liu Lina to the hospital.

He was so focused on driving that he didn’t notice Shen Feng’s car passing by. He did not notice that PEI GE was still in the car.

“You don’t have to send me to the hospital.” Liu Lina was in a good mood as she lay on the bed and ate the porridge he made.

“My heart is still cold, not as hard as yours. I’m still gradually training.” Ji Ziming passed her a piece of tissue. Liu Lina lifted her chin and waited for him to wipe it. He then placed the tissue on the pillow beside her.

Liu Lina smiled. She understood that there was a distance between all the good things he did. There was a reason for that. The reason was PEI GE.

However, such kindness was precious to Liu Lina.

However, she was not a woman who knew how to be content.

“When I’m feeling better tomorrow, you’re taking me out to relax?” Liu Lina asked on purpose. To her surprise, he actually agreed.””Alright,” he said.

This stunned Liu Lina. She could not help but think of two more meanings. “What’s he doing?”

In the next few days, when the weather was good, Ji Ziming would bring Liu Lina to various parks to relax.

Liu Lina had mentioned that Shen Feng had brought PEI GE out for a walk. Given PEI GE’s personality and her pregnancy, she would not go to such crowded and crowded places. After eliminating the possibilities of a few places, the only place they could reach was the park.

Ji Ziming was thinking of bringing Liu Lina to the various parks. Was it possible for them to meet PEI GE there? Secretly bring her back? If that was the case, all the problems would be solved.

Liu Lina’s wish had come true, and she was in an exceptionally good mood. She even treated the people around her better. If it was his first time seeing her, he would have the charm of a good wife and mother.

He had another plan in mind. Without he Yue, the workload would be too heavy. If Liu Lina was happy, could he bring he Yue back without Liu Lina hurting her?

Recently, whenever she was free, she would think of the woman in his car.

Another woman might have thought,”did my husband take advantage of the time I wasn’t around to hook up with other women?”

What she was thinking, however, was how tough it must have been for him to be with Liu Lina. He had seen how fierce and fierce Liu Lina could be. Ziming, you must hold on. Hold on until our family is reunited.

If PEI GE knew about Liu Lina’s recent actions, such as causing the death of her grandpa’s family just because she cooked congee, and forcing he Yue away just because she was jealous of Ji Ziming’s generosity, she would feel even more uneasy.