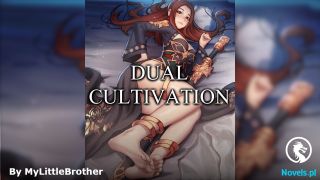 Ji Ziming had just pushed open the office door when he saw he Yue running out with tears on her face.

He was about to ask he Yue what was wrong when he saw Liu Lina in the office. Feeling a deep headache, he helplessly asked,””Why are you here again?”

Now, Liu Lina was a regular in his office. If she wasn’t here to bully he Yue, she was here to disturb him at work. This gave him a huge headache, but Liu Lina was someone who would not listen to his advice, so he could only pretend that he did not see it.

“You’re back.” Liu Lina looked at him and happily stepped forward to help him with the documents.

Ji Ziming, however, dodged Liu Lina’s hand with an impatient look. “This is my office. If you have something to say, just say it. If not, don’t disturb me.”

“Ziming, how did you become like this?” Liu Lina’s eyes were filled with hurt as she looked at him.

Before he could reply, the phone on his desk rang. Ji Ziming ignored Liu Lina’s presence and walked past her to answer the call. “Hello?”

The person on the other end of the phone was the manager of the Human Resources Department. Secretary he’s resignation letter, what do you think?”

“Resignation!” Ji Ziming was shocked. He looked at Liu Lina and happened to see her smug face.

The first thought that came to his mind when he heard the news was that Liu Lina was up to something. Now that he saw Liu Lina’s smug look, he was even more certain of his previous thoughts.

“Yes, but your personal Secretary’s resignation letter shouldn’t have been handed to me, so I called you.”

“Where’s he Yue?” Frowning, he regretted not stopping he Yue when she ran out. He could only hope that he Yue had not gone too far and that he could still find her.

After all, he Yue was a very competent Secretary and she did a good job. If she left now, there would be a lot of work that would not be handed over easily. In the end, it would delay his work progress.

The manager’s words, however, gave him a headache. “President, Secretary he left after handing in his resignation letter.”

“I know.” Ji Ziming then hung up, leaving the HR manager in a dilemma.

Liu Lina walked to his side and placed her hand on his arm, as if she did not see his sullen expression. “Ziming …”

However, he did not wait for her to finish her sentence before he flung her hand away. “You’ve achieved your goal. ”

Previously, Liu Lina had always wanted to get rid of he Yue, but he Yue had been holding back. Although he had seen it all, he could only try to persuade he Yue. However, he did not know what Liu Lina had said to he Yue to make her leave so decisively. How could he find such a good Secretary in such a short time?

“Hahahaha. Ji Ziming, do you really not know or are you just pretending?!” Liu Lina was so angry that she laughed.

“What do you want?” Ji Ziming sat in his seat and turned on his computer. It was obvious that he did not want to talk to Liu Lina anymore.

Liu Lina looked at him with a ferocious expression. “What do I want? Ji Ziming, I just want you to return to how you were before. ” They used to be on such good terms, never quarreling or being cold to each other, but everything changed after PEI GE’s appearance.

Frowning, he quickly shifted his gaze to the computer. “It’s my working hours now. Please leave.”

“Why? Previously, it was PEI GE. Now, it’s he Yue. What about me? What am I! Ji Ziming, weren’t we on good terms before?” Liu Lina smacked her hand on Ji Ziming’s desk, looking as if she would not let him work if she did not explain it clearly.

‘He Yue is just my Secretary,’ he Ziming replied impatiently. Why do you have to fight? You said that I’ve changed, Liu Lina. You weren’t such an unreasonable person in the past. ”

Seeing his impatience, Liu Lina’s thoughts were brought back to a few years ago.

At that time, he did not know PEI GE or he Yue. The two families had a good relationship and could be considered as childhood sweethearts. Ji Ziming was also very good to her.

“Ziming, I haven’t found a job yet.” When Liu Lina had just graduated, she had not been able to find a job that suited her because her professional knowledge was not very good.

Ji Ziming, on the other hand, had decisively asked her to be his assistant. Although the company was spreading rumors that she had landed here out of nowhere and must have relied on her connections, the man was still very good to her.

At that time, she didn’t know how to handle many things. Most of the time, when things piled up, it was Ji Ziming who took the trouble to help her.

In fact, Ji Ziming only let Liu Lina work by his side due to pressure from his family, but she was still unaware of this.

The art director took a lot of documents, most of which were given to Liu Lina. “Please take this document to the president for him to sign. Also, this document needs to be processed as soon as possible …”

Liu Lina wanted to cry but had no tears. However, she could only take it. “Can you speak slower?”

“Aiya, I still have other things to do. Why are you so troublesome?” The art director grumbled for a while, but he still emphasized to Liu Lina what the documents were like. He explained in detail, afraid that Liu Lina would make a mistake.

However, Liu Lina still made a mistake in the document. It caused a project to be delayed for a few days, which caused the company to suffer a considerable loss.

The art director immediately gave her a good scolding. Fortunately, Ji Ziming walked over at this moment.

“What’s wrong?” Ji Ziming asked the art director when he saw that Liu Lina was about to cry.

The art director did not feel embarrassed at all. After all, it was indeed Liu Lina who had done something wrong. “President, there’s a contract that you haven’t signed yet. They called today to cancel the cooperation.”

His expression turned ugly, but he did not lose his temper. “Come with me to the office and sort out the documents again.” In order to prevent such a thing from happening again, he still had to ask clearly.

The arts Director nodded and quickly followed the man.

However, Liu Lina felt that he was helping her. He had always been gentle and refined to her since they were young. It was as if he would be the first to stand up for her no matter what she did wrong.

Liu Lina was infatuated with Ji Ziming’s back view until they entered the office.

She tried her best to pull herself back to reality, but when she saw his cold face, she felt her heart ache again.

Since when did they become like this? Ji Ziming did not care about her at all, let alone pamper or protect her.

In Ji Ziming’s eyes, however, he had only done the simplest thing, so his relationship with the other girls was naturally ordinary.