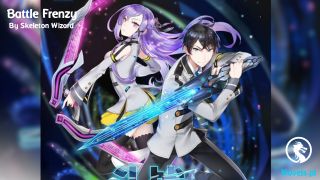 As expected of a Secretary trained by Ji Ziming i although the girl was flustered, she was not frightened by the series of incidents that had happened I she even moved into the company and worked seriously.

This contract was very important recently, and he Yue had been in charge of all the documents, so he Ziming really could not live without her. That was why he took special care of her.

Liu Lina was even more furious when she found out. She wanted to chase them away but didn ‘t. Now, the two of them were even closer.

Ever since PEI GE was with Shen Feng, Ji Ziming had basically been using work to tire himself out, and it could be considered that he had spent most of his time in the company. Now, he Yue had also moved into the company. If she couldn’t force him to leave, she would have the chance to fulfill this woman’s wish. Did he meet a powerful character? She wanted to climb into the president’s bed with such an opportunity?

“Isn’t she trying to climb up the ladder? Let’s help her create some topics. ” Liu Lina laughed as she instructed her underling quietly.

Very quickly, rumors of the CEO’s mistress and Secretary spread in the Ji group. All kinds of tabloids, regardless of whether the facts were true or false, published their headlines.

Naturally, Shen Feng had also received the news and guessed that it was Liu Lina’s doing. She wanted to let her know that the man had taken care of another woman behind her back so that she would give up on him, but she was also worried that she would be dealt a blow if she found out. Recently, her morning sickness had finally stabilized, and the doctor had specifically instructed her to recuperate in peace and not to be too stressed out.

Shen Feng felt a little regretful for missing out on such an opportunity.

PEI GE still managed to get this piece of news from somewhere. She wanted to tell him that she believed in him. However, Shen Feng kept a close watch on her and couldn’t even make a phone call.

At night, PEI GE looked up at the moon and gently said,””Ziming, I’ll always be with you.”

At this moment, Ji Ziming looked like a crescent moon hanging in the sky.”PEI GE, do you know how much I missed you?”

He Yue went to work under pressure. There was a saying that one would not be afraid of a crooked shadow if one stood straight, but there was also an old saying that a crowd’s mouth could melt gold, and a person’s saliva could drown.

The rumors outside were getting more and more intense, and some reporters from small newspapers followed he Yue to take photos. It had seriously affected he Yue’s private life.

Her routine days suddenly became a mess. There was a lot of pressure at work, and there were many troubles in life. He Yue finally couldn’t take it anymore.

“President, I’m sorry. I really don’t have a choice. Being forced to give up halfway through my work is something I don’t want to happen. ” The girl pretended to be strong, but tears were welling up in her eyes.

He knew that he had actually implicated this girl.

“Work needs you, the company needs you. A lot of unpleasant things have happened recently, and I know that these things have given you a lot of pressure. If you want to go out and relax, the company can arrange for you to travel abroad for a while. It just so happened that there was a project abroad that needed a reliable person to do. I wonder if you’re willing to do so?” He said gently. He rarely spoke to his subordinates in such a tone. He really owed this girl a lot this time.

He Yue’s eyes lit up. If she could avoid all these things in the country, such as the rumors and terrorist incidents, and at the same time, not leave the company, it would be the best of both worlds. She had put in so much effort for this company, and she was actually very reluctant to leave just like that. “Yes!” He Yue quickly nodded and agreed.”President, as long as I don’t leave the company, I can work anywhere.”

However, they did not expect that they had underestimated Liu Lina’s jealousy.

Liu Lina knew that Ji Ziming did not fire he Yue and, instead, arranged for her to go overseas. She found it hard to accept that he was protecting a small character like her against her own will.”‘Sure. Shen Feng will protect PEI GE while Ji Ziming will protect his little Secretary. You all have people to love and dote on you. Hahaha. I can’t do anything to her for now. She’s just a small Secretary; can she escape to the ends of the earth?”

He Yue had just arrived abroad and arranged her accommodation when she received a strange phone call that night, which caused her to be harassed all night. The girl was very stubborn and insisted on working without telling Ji Ziming.

However, such forbearance did not bring peace to the matter. Instead, it became more and more intense. There were even people who would stuff notes under the girl’s door in the middle of the night. The contents were full of threats and harassment. All kinds of nonsense were unbearable.

After more than a month, the work began to show results. The girl came back to the country to report on her work, and at the same time, she brought along a resignation letter.

Liu Lina had already calculated the exact date of his return and was waiting in his office, not wanting to be chased away.

After handing over the work, he Yue placed her resignation letter on Ji Ziming’s desk in front of Liu Lina.””President, I’m sorry. I can only do this much.”

Liu Lina, who was at the side, said in a sarcastic tone,””Aiyo, what kind of drama is this? Wasn’t she working well? The leaders appreciated it, the employees were dedicated to their work, and it was a happy reunion. Why did he suddenly want to resign? Young master Ji, it seems that you don’t care enough for the people under you. ”

Ji Ziming’s face darkened as he instructed he Yue to take good care of herself after she left the company.””Where do you need to work? I’ll give you a letter of recommendation. ”

He Yue turned to look at Liu Lina, who was busy polishing her nails on the sofa, and disappointedly said to Ji Ziming,””No need, President. I might be at odds with this city. After leaving family Ji’s enterprise, I’m back to square one. He would start over in any city he wandered to. Thank you, President, for your guidance and encouragement all these years. ”

“Please take care,” he Yue said with a smile. She turned around and left family Ji’s enterprise without looking back.

Ji Ziming sat back in his chair and thought about what had happened in the past year. He knew what he had to do. In order to protect the people they loved from harm.

Liu Lina stared blankly at her reflection in the mirror. After trimming her nails, she waved her hand in front of Ji Ziming.”Hey, what are you thinking about? He’s so engrossed?” The man pinched her hand so hard that she cried out in pain.