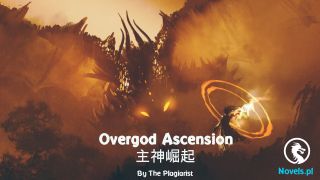 Getting shot while lying down. “Cough!” The old man coughed.”Why are you saying this in front of the young man?” Seeing that the old lady was about to refute him, he quickly changed the topic.””I saw that this girl had severe morning sickness just now. She ate less and vomited more. She must be hungry now. Hurry up and cook something for her to eat!”

PEI GE’s face reddened slightly. This old man whom she did not know had allowed her to disturb him, and now, she wanted to freeload a meal from him? She really didn’t have that much face. “No need, I’m actually not hungry!”

“I ate a lot when I was pregnant! One person can eat for two people, you can’t not eat your fill!” The old lady waved her hand and didn’t seem to mind.”But, girl, do you have severe morning sickness?”

She rubbed her stomach.”I just don’t have the appetite to eat sometimes.”

The old lady didn’t care whether she was telling the truth or not. She smiled and said,””I’m telling you! When I was young, I vomited a lot during pregnancy, and I only got through it with a soup!” She blinked her eyes, which were filled with a sense of mystery.

Infected by the old lady’s magnanimity, PEI GE also smiled.””Really? What kind of soup is it?”

“You wait! Old lady, I’ll make it for you right now! Wait a minute, girl!”

The old lady, who was a woman of action, rushed to the kitchen.

The old man had also left, leaving only PEI GE and Shen Feng in the living room.

Shen Feng sat down beside her and felt the temperature of her hands. He then held her hands in his and protected her.”You don’t even know how to tell me when your hands are so cold.”

PEI GE did not break free from his grip and let him hold her like this. She wished she had nothing to do with Shen Feng, so why would she tell him that her hands were cold?

Shen Feng could guess her thoughts.”PEI ‘er, do you really have no heart?”

The eyes that were looking at her were filled with pain, and the sincerity was enough to move anyone.

“I have it.” It was just that she had already given it to Ji Ziming.

The implied meaning was very obvious.

Shen Feng’s eyes turned cold as he pursed his thin lips. His expression was still extremely gentle,”PEI ‘er, can’t you just give me a chance?”

She opened her mouth but eventually closed it.

If she provoked Shen Feng now, there would be two consequences. On one hand, he was so angry that he left her here and left on his own. Xuxu was more than happy to see him. One was that he would attack her in anger and she couldn’t take the risk.

She couldn’t risk her child for an unpredictable consequence, so she chose to shut up.

At this point, Shen Feng naturally could not accept her avoidance. He cupped her face with both hands and forced her to look at him. “Don’t run away! Look at me! PEI ‘er, are you really not going to give me a chance?”

It was a simple sentence. Shen Feng released his hand and his eagle eyes were terrifyingly deep,”Okay, let’s eat something first.” He took the thermal container from the table.”Do you want the soup?”

To prevent her from getting hungry, he had deliberately brought the food here.

The moment the lid was removed, PEI GE covered her nose like a startled bird.”Yes, take it away! “Oh …” In just a moment, she felt her stomach churning.

Shen Feng hurriedly closed the lid and said with a face full of concern,””Alright, alright, I’ll take it! Do you feel better?”

Still, she took a few deep breaths to the side and then retched as if she was about to vomit her internal organs out. She paused for a moment before answering,”I’m fine.”

Shen Feng placed the thermal lunch box on the table and frowned.”What should we do?”

She was hungry, but she could not eat anything.

“How can your body take it like this?” She heard Shen Feng’s sigh.

PEI GE was already feeling better, but she still tried her best to comfort Shen Feng.”I’ll be fine after resting for a while.”

“Aiya! What are you guys so nervous about?” At this moment, the old lady finally walked out.

She looked at Shen Feng, who was obviously gloomy, and then at PEI GE, who was weak, and rebuked,””You’re going to be a father soon, why are you still so frivolous!”

PEI GE could only explain to Shen Feng,””He saw that my morning sickness was too serious and couldn’t help but be anxious.”

As an experienced person, the old lady immediately understood.”It’s bad.”

He quickly pulled brother PEI over to sit down and asked with concern,””Young lady must be feeling quite uncomfortable.”

“A little, but I don’t have much of an appetite.”

The old lady suddenly raised her voice and said,”Honey, is the food ready? the young couple is hungry.”

“Alright, alright,” The old man answered happily and walked out with a bowl of fragrant dishes.

Shen Feng immediately took it and said to the old man, “You’ve worked hard, let me do it. ”

The old man wiped the sweat from his forehead and agreed,””Go ahead, young man. There’s still a lot of them inside.”

“Sorry to make you guys spend so much money.” PEI GE was stunned.”Thanks for your hard work.”

The old lady patted her back in a familiar manner.”Pregnant women and children are the most important.”

Feeling embarrassed, she asked,””Why don’t I feel disgusted when I smell this dish?”

The old lady and the old man looked at each other and smiled.””Of course. If we made the same dishes as usual, would we still come and serve you?”

Shen Feng heard this the moment he walked out and looked at her.”Come over and smell it?”

The old lady nodded, and PEI GE walked over to her.”It smells good.”

She took a deep breath and sighed,”it’s been a long time since I’ve had such sweet food.”

“You’ll be able to eat it today, don’t be sad, little girl,”the old lady said with a smile.

“Thank you.” She nodded gratefully.

The four of them quickly sat down in front of the table full of dishes.

Shen Feng did not find anything strange about the dishes. He was still skeptical of the old lady’s words but still looked at PEI GE with concern.

The old man was amused by Shen Feng’s nervous expression,”young lady, your husband really loves you.”

She picked up some food and chewed on it, her eyes looking lost.

Shen Feng saw that she was actually able to eat so slowly and did not even feel uncomfortable from retching. His beautiful eyes brightened up and became even more alluring.”You should eat more.”

After dinner, she saw Shen Feng humbly standing in front of the old lady.

“Madam, I want to learn cooking from you.”

The old man laughed when he heard that, and his face was full of relief.