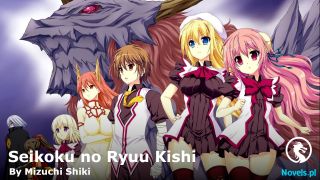 “Sir’s movements are quite skilled. It seems that Sir often cooks for you!”

“Ah?” She frowned at her. Shen Feng was cooking for her in the kitchen?

“You’re saying that Shen Feng is in the kitchen?”

“That’s right.” The Auntie nodded.”Sir said that you had morning sickness and couldn’t eat anything, so he personally went to cook.”

“…” She opened her mouth but did not say anything.

“Auntie, I’m thirsty. Can you get me a glass of water?” She interrupted her with a smile.

“AI! Good!” The Auntie enthusiastically turned around and went to pour some water.

“PEI ‘er, you’re up?” Shen Feng held the bowl in his hand and smiled at her.

Her lips moved, but after a moment of hesitation, she decided to shut her mouth.

“You must be hungry.” Shen Feng didn’t care if she said anything,”I made you some porridge. If you don’t have an appetite, you might feel better if you eat something light.”

A bowl of steaming hot porridge was placed in front of her.

Stirring it with the spoon, the fine shredded meat in the bowl looked exceptionally beautiful with the Emerald green vegetables.

A mouthful of hot porridge soothed his stomach, which was aching from hunger.

Shen Feng looked at her eating happily and smiled, “I’ve also made you some chicken soup. I’ll get you a bowl later.” Who would have thought that she would hurriedly cover her mouth and rush into the bathroom after he finished speaking?

The existence of the child in her womb had never been strong. On the surface, he seemed to care about it, but in reality, he did not take it seriously. Now that the child had tormented PEI GE to this extent, Shen Feng’s sense of existence in his heart grew stronger.

For the next few days, Shen Feng stayed by her side and cooked different dishes for her every day, but she still vomited every time she ate. Be it plain porridge or fragrant dishes, she could not eat them properly.

“PEI ‘er,” Shen Feng gently patted her back to calm her down.””Are you feeling better?” She had lost a lot of weight in just a few days.

“It’s not good to stay at home all day. I’ll take you out for a walk. ” Shen Feng suggested.

It didn’t take much effort to find it.

If she didn’t catch him, she would be too stupid.

Shen Feng was too clear about her thoughts. But he pretended not to know and looked at her affectionately.”Change your clothes, then. I’ll take you out to relax later.”

Shen Feng chuckled at her hasty actions and helplessly said,””Don’t worry, take it slow. I’ll wait for you. ”

The weather was a little chilly.

Shen Feng looked at her thin clothes and took out a coat from the closet with a frown.”Put on a coat. Don’t catch a cold.”

“You have a child in your stomach. If you catch a cold, you can’t take medicine at will. When the time comes, you’ll be the one to suffer.” Shen Feng sighed and passed the coat in his hand to her.

“…” That makes sense. She obediently put on her coat.

Shen Feng’s motive was to let her relax, so the car drove smoothly towards the suburbs.

Far away from the city center, the scenery along the way was getting better.

The car stopped without any warning and Shen Feng got down to open the door for her. He lifted his chin slightly,”The scenery there is very good. There are a lot of people here during spring and autumn.”

“…” If there weren’t many people, wouldn’t it be difficult for her to escape? She mumbled.

Shen Feng glanced at her mumbling expression and raised his eyebrows as he pretended to know nothing and walked forward.

The air was filled with the smell of fresh grass, mixed with the fragrance of the soil. Just smelling it made one feel comfortable.

She rubbed her stomach as she strolled around the large grass.

“PEI ‘er,” Shen Feng sat down not too far away from her,”the air here is pretty good, are you feeling better?”

“It’s alright. “She turned around. A bird that was locked up in a prison would naturally feel good when it returned to the sky.

Shen Feng smiled and opened the bag beside him. It was a thermal container.

“I specially brought you something, do you want to eat? There’s the chicken leg that you wanted to eat yesterday, and soup. ”

PEI GE walked over while rubbing her stomach, and Shen Feng readily took out a bowl and chopsticks for her.

“AI! It smells so good! Is there still a picnic going on at this time?” The old Dragon’s voice was heard.

She turned her head around while drinking her soup.

The first thing he saw was a white-haired old man with a face full of wrinkles. He had a warm smile on his face.”Hey, so it’s two young people here! This old man is disturbing you!”

Feeling a little awkward from being stared at by Shen Feng, she asked,”Grandpa, did we disturb you? Why don’t you come over and sit for a while?”

“Oh, sure!” The old man smiled with his eyes narrowed.

Shen Feng nodded at the old man and picked up his chopsticks to add more chicken legs to PEI GE’s plate.

“En!” “No!” She shook her head with a frown.”I don’t want to; it’s uncomfortable!” Although Tang Hejin’s stomach was also uncomfortable, he could at least endure it. The taste of the chicken drumstick made her stomach ache.

PEI GE put down the bowl and covered her mouth, feeling the discomfort in her stomach.

Shen Feng quickly took out a candy and stuffed it into her mouth,”Eat a candy slowly!”

“What’s wrong?” “Little girl, is this morning sickness?” the old man was shocked.

Shen Feng helplessly nodded his head,”yes, it has been like this for a long time.”

“My husband also vomited when he was a bad child.” The old man glanced at her pained face.”But this little girl looks a lot more uncomfortable.”

In the end, she could not stop the churning in her stomach and ran to the side to vomit.

The gloominess between Shen Feng’s brows became more and more intense, and his eagle eyes flickered with traces of pain that couldn’t be hidden.

PEI GE’s sad look reminded the old man of the past and he sighed.””The weather is a little cold, don’t let the pregnant woman stay for too long. As her husband, you have to take responsibility. It’s a big deal for a pregnant woman to catch a cold!”

Shen Feng sighed. Because of the taboo of using medicine, he naturally knew that a cold to ordinary people was also a big deal to pregnant women. However, she was cooped up in her room every day, so her expression was much uglier.

It was rare for her to finally smile and eat, so he did not want to disturb her elegance.

The old man looked at Shen Feng’s troubled face and suddenly laughed, “It’s hard to be pregnant. As her husband, you have to take good care of her. If we bring that little girl back now, we’ll catch a cold later. The loss outweighs the gain!”

“My wife caught a cold when she was pregnant. The conditions were bad and she couldn’t take any medicine. She had to struggle for a few days before she recovered!”