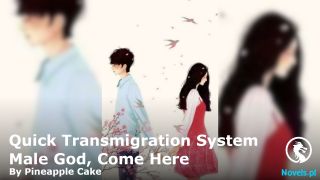 As soon as he finished speaking, there was a knock on the door. A servant knocked on the door.””Sir, the soup and rice are ready. Should I send them in?”

Shen hou did not turn his head and kept his gaze on her.”Come in.”

The dining cart was pushed in, and the crisp sound of the tableware being placed on the table was very striking in the quiet room.

The aroma of food wafted in from outside, and her stomach rumbled.

“You must be starving, right?” Shen Feng laughed. He reached out and lifted the blanket for her.”Come on, let’s go out to eat.”

Having an empty stomach was a big thing, so she nodded and followed Shen Feng’s actions.

The servants outside had already left, leaving behind a table full of delicious food.

The porcelain bowl was white, and the chopsticks were like ivory. Ignoring the nature of her life, which was like a prisoner’s bird, her current quality of life was actually not bad.

Unfortunately, would a bird that had lost its sky and was locked in a cage be grateful to the insects that were sent to its mouth every day?

She lowered her head to hide her cold smile.

People had to bow their heads under the eaves.

Of course she wouldn’t be stupid enough to go head to head with Shen Feng.

Wait, wait for the right time, place, and people.

“Try this fish. It melts in your mouth and has no fishy smell. You should like it.” Shen Feng picked up a large piece of fish belly and placed it in her bowl.

She picked it up and took a bite.””It’s very delicious. ” It was tender, smooth, and delicious, and the taste of the fish was preserved very well.

“This beef dish is also very good,” Shen Feng said with a smile. There was now a piece of beef in her bowl.

“This chicken is quite delicious.” Another piece of chicken appeared in her bowl.

“This dish is also pretty good …”

With every word he said, something would appear in her bowl. PEI GE did not say anything and ate whatever Shen Feng gave her without any signs of rejection.

Her stomach felt a little uncomfortable as the fish she ate became more and more fishy, and the taste rose from her throat.

The tender and smooth chicken in her mouth tasted like wax, causing her to frown.

“What’s wrong?” Shen Feng’s attention was on her.

“I’m fine. ” After swallowing the chicken with much difficulty, she shook her head and picked up another piece of food with her ivory chopsticks.

Opening her mouth, she could taste a stronger, fishy smell, and her stomach started to feel uncomfortable. The meat on her chopsticks fell back into her bowl, and she quickly covered her mouth.””Oh …”

“PEI ‘er!” Shen Feng flung his chopsticks aside and moved to her side, the worry on his face extremely genuine.

Shen Feng’s slender and powerful palm gently patted her back,”PEI ‘er! What’s wrong? Are you feeling uncomfortable? Or is the food not to your liking?”

“Oh!” Hearing Shen Feng say that it was not to her liking, the chef that he executed instantly appeared in her mind. His stomach seemed to be churning.

She pushed him away and rushed into the bathroom.

“Blargh!” The sound of vomiting came from the bathroom. Shen Feng furrowed his brows and followed her.

She leaned on the sink and retched at the sink, her face pale.

Her stomach was churning, and she could feel something rushing up her throat. She vomited at the sink for a long time, but other than the piece of fish she had just eaten, nothing came out.

“PEI ‘er?” His broad palm gently patted her back.

She vomited for a long time, but there was nothing except stomach acid.

PEI GE’s lips were pale as she stood up with the help of the sink.”I’m fine. My stomach just feels uncomfortable. It’s fine. ”

Shen Feng’s face darkened as he lifted her up.”Go back and lie down for a while!”

“No buts, just lie down in bed.” Shen Feng looked at her with a deep gaze.

“…” Shen Feng’s footsteps stopped as he walked into the room. There was a momentary pause on his face.”Cough, let’s eat first.”

The aroma of the food was very alluring. She had just picked up a piece of food with her chopsticks when her stomach started churning again, so she quickly put it down.

She covered her nose and leaned back in her chair.”I’m not eating; you can have it.”

A fair and slender hand gently touched her stomach as she thought to herself,”This child really made her worry. No matter how careful she was, the child was still causing trouble in her womb. Now, it was tormenting her like this.

If Ji Ziming were to find out about this, he would definitely be so angry that his face would turn green. He might even want to pull it out of his stomach and give it a good beating. The smile on her face became more sincere at the thought of him.

Shen Feng frowned, finally realizing that this was a pregnancy reaction.

“Is there anything you want to eat?”

She shook her head.”I don’t feel like eating; you can have it.” In fact, she really wanted to eat it, but the smell made her stomach uncomfortable. How could she eat it?

PEI GE held the spoon in her hand for a long time before she resigned herself to her fate and picked it up. Her stomach felt a little uncomfortable, but the feeling of an empty stomach was equally uncomfortable.

The mouthful of soup entered her stomach and she frowned, but at least she did not spit it out.

Seeing that she was in a bad mood, but at least she ate it, Shen Feng was relieved.

As she sipped on the soup, she could only console herself that she was actually eating delicious food.

With half a bowl of soup in her stomach, the churning feeling in her stomach came again, and she almost rushed to the bathroom without even putting down the bowl.

After a long while, her expression became even more frightening.

Shen Feng’s expression turned ugly as he carried her to the bed.”I’m afraid you’re not in the mood to eat after such a long time. Have a good rest.”

She did not even have the strength to speak as she closed her eyes.

She didn’t know how long she had slept. It was dark outside the window, and the wall lamp at the head of the bed emitted a hazy and weak light.

She rubbed her temples as she got up and went downstairs.

“Miss PEI, you’re up?” The Auntie saw her and came over to greet her affectionately.

“Wait for a while, the food will be ready soon.”

Usually, Shen Feng would come over to talk to her the moment she went downstairs, but he was nowhere to be seen today. PEI GE felt that it was a little strange, but she did not ask him if he was around.

“Miss PEI, Sir is so good to you.” The Auntie supported her toward the dining room and said,””It’s the first time I’ve seen a rich man like you cook!”