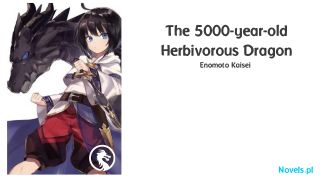 The hand that was moving on her abdomen seemed to be more reckless.”Shen Feng!” She stopped him.

“What?” Shen Feng replied her nonchalantly, but his slender and broad palm did not stop.

“You’ll have to get used to it sooner or later. ” Shen Feng supported his chin with one hand on the table and looked at her indifferently.

Getting used to something like this was something that could only be done with the person you liked. With Shen Feng? It was impossible.

It was clearly an extremely melodious voice, but when it fell into people’s ears, they couldn’t help but break out in a cold sweat.

She stubbornly turned her face away from him and refused to answer his question.

Shen Feng coldly laughed. With one hand on the back of her chair and the other grabbing her chin, he forced her to turn her head and look him in the eye.”If you don’t want to get used to it with me, then tell me, who do you want to get used to?” The corners of his lips were slightly raised, and there was a bloodthirsty and cold smile.

It was hell at a glance.

Shen Feng’s eyes were like an Inferno that hid evil ghosts.

She averted her gaze.”… No one.” Naturally, it was Ji Ziming. However, she still had a child in her stomach. She couldn’t take the risk.

“Is there really no one else?” Shen Feng sneered as he raised his eyebrows. Her fingers tightened slightly, and her jaw paled.”PEI ‘er, why don’t you tell me the truth when you’re facing me?”

“…” She stubbornly refused to meet his gaze.

“Since PEI ‘er won’t answer me, I’ll do it for you, alright?” Shen Feng sneered. Even if he was furious, the tone he used to speak to her was as if he was saying something romantic.

“You want to get used to him, don’t you?” His deep voice had a hint of bloodlust.

She bit her lip.

“Why aren’t you saying anything?” Shen Feng’s grip tightened, and PEI GE’s jaw gradually reddened.”Answer me, PEI ‘er. Am I right? Are you trying to get used to him?”

“Ah?” Shen Feng’s eyes were as cold as the harsh winter.

“Yes!” The sharp pain in her lower jaw made her turn to look at him.”I just want to get used to him. He’s the Father of my child, and I’m used to him. Shouldn’t I?”

A cold glint flashed across Shen Feng’s eyes, and he stared at her with a terrifying gaze.

“Hmph!” She laughed and continued.”May I ask, Mr. Shen, why not?” She paused for a moment and met Shen Feng’s terrifying gaze,”Mr. Shen, why are you not answering me? Should I not?”

Ji Ziming was the Father of her child, and this would never change. She and the child’s father should have been holding hands to grow old together. If not for Shen Feng, would she have to be separated from Ji Ziming? Make him unable to participate in the process of the child’s growth?

“Sir, the dishes are ready …” The servant placed the dishes on the table one by one.

In an instant, the empty dining table was replaced by a dazzling array of delicious food.

The fragrance of the rice did not seem to change the tense atmosphere between the two of them at all.

With that said, she was no longer afraid of offending him.

PEI GE’s expression remained calm as she looked at Shen Feng with a calm gaze.

“Don’t tell me that you can control people’s hearts in your territory? Can you decide who I should think of in my heart?” “Shen Feng, can you?” she asked with a smile.

A cold glint flashed in Shen Feng’s eyes and all the plates on the table were swept to the ground, shattering into pieces, giving off a series of cracking sounds that didn’t dissipate for a long time.

The loud sound made PEI GE shudder. She looked at Shen Feng’s bloodshot eyes, which made him look like a man-eating demon, and her eyes filled with fear.

Shen Feng was so angry that he laughed instead. His originally terrifying eyebrows suddenly softened,”you’re right, PEI ‘er. I can’ t.” Shen Feng stood up and leaned on her chair.

The distance between the two of them closed, and Shen Feng’s handsome face was almost touching her cheek.”PEI ‘er, you’re right. I really can’ t.” Pausing for a moment, Shen Feng’s smile became even more gentle and affectionate,”But PEI ‘er, did you forget where you are when you reminded me?”

“In this place, I can’t control your heart, but your body is still under my control.” Shen Feng caressed her face tenderly,”do you believe that I only need one look and the baby in your belly will immediately leave you?”

Love was a curse that hurt others. If it hurt her, it would be the same for him.

PEI GE’s shocked and shocked expression caused Shen Feng to feel a sharp pain in his heart, but he quickly suppressed it.

“…” PEI GE clutched her stomach tightly with both hands, afraid that Shen Feng’s hand, which was moving across her face, would attack her stomach.

“Is it because I’ve lowered my bottom line again and again that you think I don’t have a bottom line?” Shen Feng’s slender fingers slid down her Jade-like cheeks, past her tightly pursed lips and reddened jaw, and finally stopped at her neck, where the blood vessels were so thin that they could almost be seen.

His long and strong fingers lingered on her slender neck.

PEI GE’s hair stood on end at the sight of the fingers on her neck. How could she forget that this man was not a gentleman, much less an Angel?

He was a demon through and through. His handsome face was just a disguise, and his affectionate and gentle words were just bait.