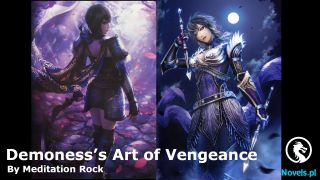 «Provocative Fiery Wife: My Superior is a Affectionate Spitfire (Web Novel) - Chapter 2435: A thought of life and death

Chapter 2435: A thought of life and death

“Are you scared?” Shen Feng’s voice was very soft, as if he was saying some sentimental words of love, “Don’t worry. You won’t see that chef again. ”

The soft and warm lights in the dining room shone down, and Shen Feng was as beautiful as an Angel bathing in the sun. Unfortunately, she knew that this Angel was a demon in Angel’s clothing.

She stared at him with wide eyes.

Shen Feng did not seem to sense her fear of him as he curled his lips into a smile.””If that chef makes you feel bad, I’ll be very troubled.”

“…No.” Shen Feng’s gaze was too sharp, so she avoided it.

Shen Feng moved closer to her and affectionately looked into her bright eyes,”No, that’s good. I don’t have any objections if you really want to whip the corpse, but I’m worried that you might not be able to take it. ”

The man’s fresh perfume hit her face and wrapped her whole body.

“Shen Feng, I’m hungry!” She pushed him away, unable to take it anymore.

“It’s time to be hungry. “Shen Feng laughed. “I didn’t know that the kitchen was so slow?”

His slightly teasing voice made everyone’s hair stand on end.

“I’ll go and urge them now!” The Auntie standing by the side couldn’t stop trembling. She ran to the kitchen as if she was running for her life.

Shen Feng coldly snorted as his lips curled into a cold smile,””Starving my PEI ‘er, these people really have no eyes.”

Under the warm light, the dining room was like a huge ice cellar. The atmosphere had dropped to the freezing point, and the heads of all the people who were still on standby could not be any lower.

“Butler.” Shen Feng pulled out a chair beside her and slowly sat down.””Since the people in the kitchen are so slow, let them go and accompany their colleague.”

The sneer on Shen Feng’s lips seemed even colder under the light,”Ask the Auntie from earlier to cook something for PEI ‘er.”

His every movement was noble and elegant, but his words made everyone fall into an Icehouse.

“Yes, sir.” The Butler nodded and turned around.

“Wait!” She looked at him as if he was a monster.””Are you crazy? Shen Feng!”

Shen Feng’s eyes were extremely gentle as he sighed,””You’re trampling on my heart by saying that. ”

She could smell the scent of blood, and her expression turned even more stunned.””Do you know what you’re doing?”

Seeing the Butler’s back still moving forward, PEI GE felt as if she was in a World of Ice and snow. She blurted out in a shrill voice,””Tell him to stop! Are you crazy?”

Shen Feng sighed and his voice seemed to carry a hint of helplessness, She turned to look at the Butler’s back.””Didn’t you hear PEI ‘er’s words?”

The Butler stopped what he was doing, turned around, and stood aside respectfully, waiting for his master’s orders.

PEI GE could not suppress her anger at all. Shen Feng could only helplessly look on as his long fingers gently played with her hair.”Don’t be angry, PEI ‘er. If you’re angry, I’ll regret letting them off.” His thumb gently caressed her full lips.””I won’t let go of anything that makes PEI er angry.”

“Whether it’s an animal or a human.” Shen Feng spoke very gently, and the way he looked at her was as if he was looking at his lover.

PEI GE only felt a chill run down her spine, and the words that were on the tip of her tongue were finally swallowed back down.”Since that was the case, what about him, the one who made her angry?

However, the person beside her was not a kind person. She could not figure out his personality and did not dare to provoke him with words.

“I know.” She closed her eyes for a moment before opening them again. “I’m not that hungry now. Don’t make things difficult for them. Just let them take their time. ”

Shen Feng raised an eyebrow and looked at her with a half-smile. His slender fingers landed on her stomach and caressed it through a layer of cloth.”Are you really not hungry?”

…Really, I’m not hungry anymore.” She curled her fingers on her sides and released them.

“Alright then, let them take their time.” Shen Feng raised his eyes and looked at the Butler.

The Butler immediately nodded and returned to his original position.

“However, it is not good for the people working for PEI ‘er to be so slow.” Shen Feng looked at her with a smile,”it’s fine that you’re pleading for them this time.”

She bit the tip of her tongue and tried her best to stop her body from trembling.”After such an incident, they need to be prepared to start over … Don’t be so cruel … And so strict.” She turned to look at him and smiled.

Shen Feng pretended not to hear her words and acted like a gentleman.””Alright, whatever PEI ‘er says, I have no objections.”

The warm light in the dining room seemed to be even warmer, slightly dispersing the cold on his body.

He couldn’t ignore the slender fingers gently rubbing his abdomen.

She endured it and finally shifted her sitting position slightly.””Don’t move,”

Shen Feng raised his eyebrows and smiled,”the child is growing day by day in your womb, I have to communicate with him often, right?.” Shen Feng’s eyes were affectionate and his tone was a little low, “Don’t tell me that PEI ‘er won’t even give me this power?”

What’s the point of this exchange? What kind of relationship did he, Shen Feng, have with the child in her womb? The child in her stomach was hers and Ji Ziming ‘s, so what was he communicating about?

PEI GE opened her mouth to speak, but the bloodthirsty look on Shen Feng’s face made it impossible for her to ignore the man. This person was not a good person and could take away other people’s lives with a single thought. She did not dare to anger him at all.

Her lips moved for a moment before she said,””But I’m itchy …” He said.

Shen Feng had an expression of sudden realization,”I see, you should have told me earlier.” As he spoke, he gently rubbed her stomach with his palm.”I’ll let you scratch it.”

“Don’t what?” Shen Feng moved closer to her and his eagle eyes were filled with deep affection, as if he wanted to drown her in them,”I don’t understand if you don’t explain it clearly.”