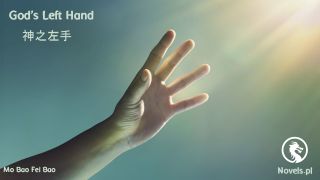 Shen Feng carefully held the prescription in his hand and scanned through it. “I’m done for. It’s mostly because of that picky eater.”

The doctor had already seen many disobedient patients, so PEI GE was considered one of the more obedient and active patients.

Hence, the doctor suggested earnestly,”she likes white swans and black swans, if he really likes them. We should indeed consider letting Madam go out more often. ”

Shen Feng was particularly nervous about going out. He went to see the doctor, and seeing the doctor’s expression, he began to suspect that he was a spy sent by Ji Ziming.

This doctor was sent over by his most trusted friend. Although Shen Feng didn’t think that there was anyone worthy of his eternal trust, but compared to a period of time, the combination of benefits was bound to be like this.

“However, I’m thinking that there must be a story between the Black Swan and the White Swan.”

The doctor looked at Shen Feng with a meaningful look.

Only then did Shen Feng relax. When he heard the doctor’s words, he raised his eyes and frowned.

The doctor was stunned.”Did I say something wrong?”

Shen Feng was indeed relieved and shook his head at the doctor,”it’s nothing.”

The doctor looked at Shen Feng’s polite and humble appearance, but after all, doctors had to deal with life and death. He felt that Shen Feng was very scary and definitely not someone he could offend. For a moment, he trembled in fear.

Shen Feng thought for a while and suddenly asked the doctor,”should I arrange for a nutritionist?” Let them organize a clear food list and make it for her according to this. ”

The doctor came to a realization.”I didn’t notice this just now.”

Shen Feng looked at him,”I wonder if there’s any nutritionist you would like to recommend?”

“Well, I’ve come into contact with a few of them. If you need them, I’ll give you their business cards.”

“Alright, thank you for your hard work.”

Everything was arranged for PEI GE and even the food for the child before it was born.

Another night passed, and PEI GE really had no appetite. She picked up some food and supported her chin with her hand.

“It’s not good?” Shen Feng couldn’t help but ask when he saw her bitter and hateful look.

“It’s especially not delicious. ” “I’ve already given you a response for many days, but it turns out that you’re just asking me casually and have no intention of changing it.”

Shen Feng leisurely picked up a piece of radish for her and smiled.”That’s right. I didn’t expect you to find out.”

“…” She did not know how to ask him about his thick skin.

“You’re saying that I’m doing this for your own good, for you and the baby. I’m actually quite happy to see you in so much pain. ” Shen Feng said with a smile.

“I miss the food Madam Ji makes.” PEI GE was speechless.”One is a professional, while the other is a business one. Why is there such a big problem?”

Shen Feng’s expression changed,”you did it on purpose.”

“What did I do on purpose?” “Why can’t I mention Ji Ziming and his mother?” she pretended to be innocent and aggrieved.

This was a gamble.

Before Ji Ziming could say anything, the chef entered.

Since Shen Feng wanted to hide PEI GE, he would bring her to move out of the place they were staying at once in a while.

This time, it was exceptionally small, and even her clothes were not very neat.

As the place was small this time, they only invited the chef.

The chef didn’t know if he had come at the right time.

He had a sharp intuition. And the two people in front of him who decided the fate of the chef did not even know it.

“The soup is here!” The chef was a happy middle-aged man.

She stopped what she was doing and pouted.”The Chinese yam actually has no shell. It’s no longer fragrant.”

The middle-aged man had never thought that this group of nobles would have such a problem.

“But if you don’t peel the outer shell, it’ll be inconvenient for you. Also, the Chinese yam will be softer and more sticky after the outer shell is removed. It’s delicious.”

Shen Feng did not say anything. Just as she thought that she was about to accept her fate …

Shen Feng suddenly asked,”who are you working for?”

However, Shen Feng only looked at him coldly,”the ingredients for tonight’s soup are not like this.”

“I just added a little according to the recipe!” The chef immediately said as he sensed the danger. He wanted to save his life.

“Yes, Chinese yam can bring out the best taste of food and maintain its freshness. Most importantly, it’s good for pregnant women.” The chef made a solemn vow.

PEI GE was stunned and confused.

She did not know much about this. Although this matter was clearly very dangerous, she still subconsciously trusted the chef.

Was this the power of the working people?

Shen Feng was not as optimistic as PEI GE and was even so serious that swords were drawn.

“I’m your master. You don’t have the right to make such changes.”

The chef felt the pressure, and his forehead was covered in sweat.

He realized that he had no way out.

He hurriedly took the bowl away, but Shen Feng stopped him. He brushed the chef’s hand away.

She took a step back.

Shen Feng glanced at her.

Shen Feng saw that she immediately reacted and smiled. He then decisively swept the bowl of soup to the ground.

The chef was really frightened. People were always alert to danger, whether it was an accident or man-made.

“Shen Feng,” PEI GE was just about to tell Shen Feng not to be rash and to check it again.

But in the midst of the lightning and thunder, she saw Shen Feng take out something from his waist.

His posture was perfect and handsome as he aimed for the chef’s head.

Everything had ended before it even started.

A living person, one second ago he was standing in the kitchen and cooking for her, but in the next second he died because of a single sentence from Shen Feng?

PEI GE’s eyes widened in shock and fear. That was a living person, not an insignificant ant. How could she let him die so easily?

Shen Feng turned to look at her with a warm smile on his handsome face. The coldness in his eagle-like eyes had been replaced by gentleness.