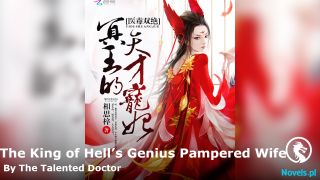 «Provocative Fiery Wife: My Superior is a Affectionate Spitfire (Web Novel) - Chapter 2433: Do you dare to take the bet?

“What change?” PEI GE pretended not to know. She merely caressed her lips and leaned toward Shen Feng.”An outstanding person will know where they stand out from and how to hide their shortcomings.”

Shen Feng looked at her in a daze and only laughed in a hoarse voice after a long while.

She smiled and waved at her before entering her room.

Shen Feng looked at her back view as she left and rubbed his chin.

She napped for half an hour, and the doctor soon arrived.

Shen Feng went to knock on the door, and PEI GE casually took out a set of clothes and walked out. It wasn’t a particularly eye-catching dress, but Shen Feng was surprised to take a few more glances at it.

She tilted her head in confusion.

He remembered this set of clothes. He seemed to have seen Liu Lina wear it before.

The same outfit, but two people with completely different styles.

Shen Feng felt a strange feeling in his heart.

PEI GE was already seated in front of the doctor and obediently opened her mouth according to the doctor’s movements.

Shen Feng only took a few glances from afar. The doctor was an experienced middle-aged woman, so he was not worried about leaving PEI GE in the hands of such a mature woman. Thus, he turned around and left the scene.

Without a doubt, PEI GE heaved a sigh of relief when Shen Feng left.

The doctor swept his gaze over Shen Feng’s departing figure and then at PEI GE’s current state. He could not help but laugh.”Are you afraid that your husband will be worried?”

She moved her lips but did not finish her words.

She originally wanted to say that Shen Feng was not PEI GE’s husband, but the latter quickly stopped herself from doing so.

There was no need to say it out loud. It would only add to other people’s conjectures and would not help.

“Yeah, I can’t let go with him around.” She lowered her head and pretended to be shy.

Shen Feng paused and turned to look at her with a smile.

When the doctor saw Shen Feng’s smile, he couldn’t help but praise,””Sir is a very polite person.”

“Yes, I am.” PEI GE did not want to embarrass Shen Feng, so she only thought to herself,’being polite does not mean that he is a gentle and kind person. Politeness is just a decoration and means; it’s nothing.’

Shen Feng was even happier when he heard her acknowledge him. Even his back view was filled with joy.

The doctor took out his stethoscope and listened to her heartbeat before asking,””How’s your relationship with the baby?”

“It’s very well-behaved. ” She revealed a motherly look and placed her palm on her stomach.

The doctor looked at her and smiled.””I heard that your morning sickness is quite serious, and you even had a severe stomachache a few days ago.”

“Yes.” PEI GE was a little afraid of being exposed.

The doctor then said,”in that case, I have to take a good look at you. Your body is weak, and your qi and blood aren’t very good. Your mental state is really too bad, so I can’t say for sure whether the fetus is stable or not.”

Shen Feng stood in the room and coldly looked out the window. The moon slowly peeked out. Shen Feng didn’t know how long he had been looking at it. His mind seemed to be filled with the woman who was seeing the doctor outside, but also seemed to be thinking about the things that happened in the past few days, the past few years, or even his entire life. It was clear, but he couldn’t put it into words.

Shen Feng felt that he should smoke a cigarette.

He was really thinking about what would happen if he and Ji Ziming had a different mother, and the outcome was clearly shown to Shen Feng.

Shen Feng felt that the night had turned dark, as though the darkness was like a mouth that wanted to swallow someone.

The moon also turned cold. Gentle and soft, it was probably a lie in her mother’s nursery rhyme.

Not really, Shen Feng suddenly thought. Under his mother’s distant nursery rhyme, he recalled that young ladies were indeed as cold as the moon and could be deceiving.

Just as Shen Feng was about to light up his fourth cigarette, he sharply heard the sound of the doctor closing the medical box.

The nanny came over and knocked on the door.”Sir.”

“I know.” Shen Feng threw the cigarette away and dusted off the ashes. He flicked his sleeves to get rid of the smell of the ashes and sniffed it. He even sprayed on some Cologne.

He then opened the door.

The nanny looked at Shen Feng and was stunned for a moment.

Why did this gentleman look so Haggard again, but the inexplicable charm on his body had deepened.

“The doctor is almost done with his diagnosis. He’s been invited to the study and is now asking Sir to go over and ask.” The nanny replied respectfully.

Shen Feng nodded and ordered,”later on, go and invite Madam to eat some soup to nourish her body. After that, watch over Madam to have a good rest.”

The moment Shen Feng came out, PEI GE was walking toward him. Under the light, they met each other’s eyes. PEI GE looked at Shen Feng with a smile in her eyes, and it seemed as if she was opposing him.

This kind of meaning was inexplicable and unreasonable, but Shen Feng especially liked it.

When Shen Feng passed her, he wanted to hug her, but she did not know his intention and, with her sharp intuition, dodged him. Like a cat with its fur standing on end, she arched her back and looked at him warily.

“I miss you.” Shen Feng was tickled by her action, but he still maintained his gentlemanly demeanor and said elegantly,”PEI GE, this kind of person is indeed very attractive.”

She paused and then retorted,””You actually find it interesting when I ignore you like this. It’s really hard to cater to boss PEI’s interests.”

Shen Feng did not mind.”No. If i can train you to treat me the way you treat Ji Ziming, I’ll have succeeded.”

“Ji Ziming.” It had been a long time since she had heard this name from anyone else.

“It’s been a long time since I’ve heard that name. I really miss it.” She sighed.

“I’ll love him forever, so you don’t have to question how much I miss him.”

As she brushed past him, she heard the other party’s dark and terrifying voice.

“The more you like him, the more he will like you. This is good, this is the posture.”

She quickly turned to look at him.

There was only Shen Feng’s back view.

The doctor’s examination went smoothly this time, though he did not discover that she had feigned her stomach ache.

After all, there was indeed a small problem during the meal that time. When the doctor heard Shen Feng’s description of the situation, Shen Feng prescribed a prescription and said,” I think it’s probably because of Madam’s special Constitution, so I’ve already made a list of food for Madam. ”