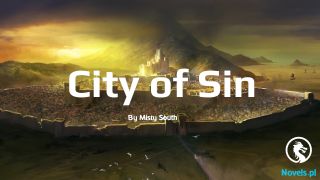 When he saw what it was, he was drenched in cold sweat.

It was actually a micro-electronic surveillance system.

She took a deep breath and reached out to pull it out. She could not pretend that she did not notice it, and she was sure that there was more than one Shen Feng, so she did not say that she had alerted him. It was better to say that he was borrowing the wind to raise waves.

She adjusted her expression and sat back on the sofa when she heard the sound of the television.

She didn’t want to watch TV either, but she just wanted to find an excuse to not be so embarrassed.

The remote control subconsciously changed the channel and finally stopped at the children’s channel.

PEI GE’s pupils constricted as she put the remote back.

“I’m hu Tutu, and my house is in the somersault garden …”

PEI GE looked in the woman’s direction and saw that she was still cleaning the house and would not be coming out for the time being.

Moreover, even if he did come out, it would be fine. He would not be discovered under the surveillance.

She turned on her watch’s recording function and recorded “I’m fine” and “my house is in the somersault garden.”

Ji Ziming, the baby and I are fine, so don’t worry.

Ji Ziming, this is a building full of flowers.

She did not notice how many episodes this cute cartoon had been playing.

Until the woman came out to remind her.

Only then did she turn off the TV and walk to the window. She looked for a while and saw a familiar figure. It was Shen Feng.

He was a little surprised.

“Auntie, is dinner ready?” She asked.

“I’m done. ” The woman answered,”Sir just asked me to make some chicken soup. Is Madam hungry?”

PEI GE shut her mouth. As expected, the old woman and Shen Feng were in contact.

“Who are you complimenting?” When Shen Feng opened the door and heard these words, he was rather curious and asked while changing his shoes.

“Sir, you …” The woman saw that she did not intend to answer.

“Oh?” Shen Feng raised an eyebrow and looked at her with a happy expression.

She turned her head away.

The woman smiled and went to the kitchen to get the food.

She did not stay long and followed him into her room.

“Go and rest for a while. We’ll eat later.” Shen Feng reminded.

“I’ll get the doctor to check on you and the baby after dinner. ”

She stopped in her tracks to look at Shen Feng.

PEI GE’s mind was filled with confusion when she entered the house.

According to what she heard when he left the room, he had gone to find a doctor, but from his tone, she could not help but suspect that he had not gone.

Was it a smokescreen?

There was no need for that.

Since there was a flaw, Shen Feng was not someone she could hear.

Could it be that Shen Feng had gone to get in touch with Ji Ziming?

Shen Feng sent Liu Lina to the beach and originally planned to leave, but Liu Lina would not let him off so easily. Hence, after a long dispute, Shen Feng decisively abandoned Liu Lina and left. In addition, the beach was quite far away, so he came back a little late. Naturally, he could not meet the doctor again, so he changed the meeting to having a meal with PEI GE and having her body checked again. On this basis, Shen Feng continued to talk to the doctor.

Shen Feng, on the other hand, was in a good mood because of his interaction with PEI GE.

The woman was even smarter. She did not show any surprise or confusion as she directly sent the nutritious meal to PEI GE’s room.

“Thank you. You guys should go and eat too.” PEI GE’s feelings were complicated at Shen Feng’s words.

The woman saw that she was indeed not in a good mood.”Madam, drink more chicken soup and eat more.”

“Sir.” “Madam, you don’t seem to be in good spirits. You look ill at ease,” the woman said as she walked out.

Shen Feng nodded his head with a solemn expression.

The sound of a bowl breaking came from the room.

Shen Feng didn’t say anything and rushed into the house like an arrow.

PEI GE looked at the rice that she had smashed on the ground in a daze and then turned to Shen Feng in a daze. After a while, she slowly shook her head. “I’m fine,”she said.

Her slender fingers were white and smooth.

Shen Feng heaved a sigh of relief. After checking her body and confirming that she was fine, he sighed in relief.

Shen Feng suddenly lifted her hand and kissed her fingers.”Yes, you did. You probably scared the baby too.”

Shen Feng was very satisfied with the fact that she did not have a ring on her finger.

“…” PEI GE took back her hand and caressed her stomach.

Shen Feng watched as she caressed her belly full of motherly love and seemed to be able to hear the response of the child in her stomach.

This side of her was very alluring.

“Sir, Madam, please go to the living room to have your meal. I’ll clean it up. ” The middle-aged woman appeared just in time.

“Alright,” he said. PEI GE did not want to stay in this small space with Shen Feng any longer.

Shen Feng looked at her.

“What’s wrong?” PEI GE was clearly not used to this.

“This is the first time we’ve had a meal together.” Shen Feng said, his eyes filled with a deep radiance.

PEI GE sighed.”Shen Feng, why did you have to make us end up like this?”

This was the first time she had spoken to Shen Feng openly, so she was taken aback by her words.

She realized that something was wrong.

“Forget it, we’re not the same kind of people. I misspoke just now. ” She changed her words.

Shen Feng then looked at her with a deep gaze and said with an affectionate voice,”PEI GE, if I didn’t do this, we wouldn’t have had the fate to meet.”

Shen Feng laughed.”PEI GE, you don’t understand. If I didn’t force you, you wouldn’t even be able to see me now.”

She felt a wave of desolation.

Shen Feng continued,”fate has never been kind to me.”

He suddenly held her hand.”Tell me; why do I still have to listen to him?”

“This isn’t a reason for you to …” Be ruthless and unscrupulous.

She did not say anything else. She looked at Shen Feng and sighed,”let’s go and eat.”

“Do you understand me now?” Shen Feng asked.

“No, you didn ‘t,” Before she could reply, Shen Feng answered his own question.

PEI GE could not possibly understand him, and she was well aware that he would not listen to anyone’s advice. Shen Feng’s path had been decided by himself a long time ago.

He felt that the heavens were unfair to him, because he was an ambitious man.

“I’m hungry. ” She stopped him from being stubborn.

She bet that Shen Feng couldn’t do anything to her.

In fact, it was true.

“There’s still some chicken soup in the pot. I’ll go get you a bowl. You just need to wait for me here. Stay here and don’t leave. ”