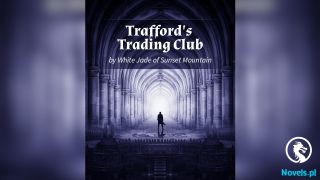 Shen Feng heaved a sigh of relief. However, he squinted his eyes and looked at Liu Lina with a dangerous look.

“You were waiting for me?” Shen Feng placed his hands into his pockets and slowly walked over to Liu Lina.

Liu Lina laughed.”That’s right. I thought you would be very heartless and not come over. You would completely ignore me.”

Shen Feng didn’t try to be mysterious with her and coldly replied,”To be honest, I really don’t want to talk to you, but I can’t be at ease with you here.”

Liu Lina immediately put on a vicious expression and said deliberately,””Wow! You really love her too much.”

“So what if I did? I’m so jealous of her now. ” Liu Lina stretched out her arms and hugged Shen Feng’s head. She looked extremely alluring.

“Let’s go,” Shen Feng didn’t want to waste any more time with Liu Lina. He directly stepped on the gas and coldly told Liu Lina to behave herself.

After all, they were in a car. No matter how hot and bold Liu Lina was, she did not dare to do anything rash. She refused to sit properly, so she sat lazily and seductively in the car seat and looked ahead.”Where are we going?”

Shen Feng naturally wouldn’t answer where he was going. Instead, he asked Liu Lina,”Where do you want to go?”

“Me,” Although Liu Lina was neither smart nor stupid, she did not want to challenge the man beside her. She thought about it seriously for a while and said,”actually, I don’t have anywhere I want to go …”

Shen Feng interrupted her.”Then I’ll send you back to the Ji family.”

“You … Really don’t know how to flirt.” Liu Lina glared at him, but she knew that she couldn’t be unruly and fierce anymore. She met Shen Feng’s cold gaze and pouted.”You want to chase me away, but I won ‘t.”

“Why have you lost interest in Ji Ziming?” Shen Feng looked at the road.

She lied expressionlessly. She knew that she was lying, and no one else knew about it except Liu Lina herself.

In fact, Shen Feng didn’t take Liu Lina’s flirtatious words to heart at all. He only replied coldly, like a waiter accompanying her,”so, have you decided where you want to go?”

“This place is close to the sea, let’s go to the sea.” Liu Lina was a little disappointed, but she replied indifferently.

This made Shen Feng turn his head and look at Liu Lina. However, it was only a glance. Shen Feng originally wanted to say something, but he stopped in the end. He only stepped on the accelerator without saying anything.

Liu Lina didn’t know about Shen Feng’s plan. She was feeling down just now, but now that the car was on and her hair was blown, Liu Lina was a woman who became happy easily. She welcomed the wind and cheered up.

In her half-awake state, PEI GE’s heart was still hanging on a thread. When she heard Shen Feng’s voice on the phone, she opened her eyes and heard him close the door.

PEI GE still did not dare to move. She rubbed her tummy and the little darling ‘S. Shen Feng’s behavior of leaving and returning just now made her even more wary. She did not dare to act rashly even after he closed the door.

Three minutes later, she opened her eyes and searched for her phone.

Her mind was filled with thoughts of Ji Ziming. She wanted to find her phone and send him a message.

“No,” The moment she unlocked her phone, she was stunned. If she was the one being held captive by Shen Feng, Ji Ziming would not have it easy either. He must be under Liu Lina’s control.

What was this now?

Hence, she held her phone.

She did not know what to do now.

If she were to message Ji Ziming and get caught by Liu Lina, she would definitely be even more confused.

Moreover, it would alert the enemy.

What could he do?

Feeling uneasy, she curled herself up.

“Shen Feng should have gone out to look for someone, so this place is now empty. But this gap won’t be too long. ” She consoled her child as she mulled over this.”Little baby, are you missing your father already?”

Anyway, I want to.

She thought to herself.

She still needed to test him. Even if she could not call him, she should still try sending him a text message.

Since Shen Feng had already left, he seemed to have let down his guard.

“What do you think of uncle Shen Feng?” PEI GE could only rely on communicating with her son to distract herself. She had no one to rely on now.”Uncle Shen Feng seems to have relaxed his surveillance on us …”

PEI GE sat up and immediately sat back down. No, she could not let her guard down. Based on her understanding of Shen Feng, he must have already sent someone to guard her.

In other words, she only had this level of free time now.

He had to save himself and think of a way.

Like in novels or TV series, he could trick the guards to get out? It’s a little dangerous, but based on the recent observations of Shen Feng, he must have ordered the guards.

They did not dare to touch her.

If this was used as a bargaining chip …

PEI GE suddenly opened her eyes, which were filled with light. She pursed her lips. Shen Feng would not be back for a while, so why not take a risk?

“Madam, you’re awake.” Just as she was thinking about this, she heard a kind and gentle voice. Looking over, she saw a middle-aged woman standing at the door and looking at her kindly.

PEI GE’s heart skipped a beat, and she only got out of bed after a pause.”Did I sleep for a long time?”

“Not long. Madam, you can sleep a little longer.” The woman came up to help him.

“No, I won ‘t.” “Where’s Shen Feng?” she pretended to look around and asked curiously.

“Sir went to ask the doctor for Madam.” The woman replied and introduced herself.”Sir is worried about you being alone at home, so he asked me to come and accompany you.”

“Oh? This was clearly … Surveillance. “I don’t know when he’ll be back.” She sighed.

The woman smiled, but did not say anything.

She knew that this was a formidable person. It seemed that it was impossible to escape from such a person, especially when Ji Ziming’s situation was not optimistic.

She made a lonely expression and said,”since you have nothing to do, accompany me to watch TV.”

“Madam, look.” The woman made way and said,”I’m just tidying up the room.”

“Alright,” he said. Was he going to check her things?

PEI GE thought to herself that it was fortunate that she had already put on her telepathic watch.

Shen Feng was truly an airtight person. He had even installed a surveillance camera in the room to monitor PEI GE’s actions.

When she turned on the TV, she touched the button next to it. Feeling puzzled, he tilted his head to look at it.