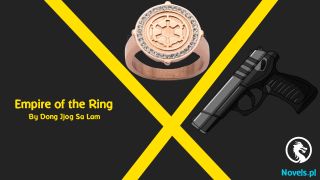 «Provocative Fiery Wife: My Superior is a Affectionate Spitfire (Web Novel) - Chapter 2429: Make sure in your heart

Chapter 2429: Make sure in your heart

The doctor and the assistant looked at each other and resignedly started the examination.

In fact, both of them were very sure that there was nothing wrong with the young lady lying in front of them.

However, it was obvious that the lady’s abdominal pain was not an act. That head full of cold sweat and her pained cries were not something that could be easily acted out.

Of course, there was nothing wrong with her body, so no matter how many times the doctor checked her body, she was still fine.

Therefore, when the doctor saw the exact same test report on the screen, his face turned green.

“Well … Mr. Shen, there’s nothing wrong with this lady’s body … The child in her womb is also very healthy.” The doctor thought over his words again and again in his mind.

Shen hou nodded without turning back and looked at her.””Did you hear that? Both you and the child in your stomach are fine. ”

She nodded weakly and closed her eyes, afraid that the regret in her eyes would be too much for her to hide if she did not do so.

PEI GE lay on the bed and closed her eyes to rest.

Shen Feng’s eyes swept across the doctor and the doctor instantly understood and followed behind Shen Feng out of the room.

“Is there really nothing wrong with her body?” Shen Feng glanced at the tightly shut door.

“What was with her stomach pain just now?” Shen Feng slightly raised his eyebrows. Of course, it would be best if there was nothing wrong with it, but how could he be fine with such pain?

The doctor was puzzled about this for a long time.

The only explanation was that the person lying in the Kasaya was lying.

However, the woman inside was someone Shen Feng personally served, so how could he dare to say anything bad about her?

The doctor chose his words carefully and said hesitantly,””Maybe I ate too much … Indigestion?” Before he could finish his words, a thin layer of cold sweat oozed out of his forehead. This kind of baseless and random nonsense was simply against medical ethics!

Shen Feng slightly raised his eyebrows and didn’t say anything.

“It’s good to do some exercise when you’re pregnant. It might be better if you take miss PEI around more often …” The doctor continued to make up a half-truth,””Exercise also helps with digestion … Miss PEI’s face is a little pale, and she doesn’t look too good. It’s better to get some sun and fresh air …”

PEI GE was, after all, a ‘prisoner’, so she did not have much freedom in her actions. It was impossible for her to take a walk in the garden without him by her side.

However, he had a lot of things to do, so the time he could squeeze out was very little. As such, PEI GE’s daily activities were limited to the bedroom, living room, and dining room.

Looking at Shen Feng’s back, the doctor wiped the non-existent sweat on his face and followed him in.

PEI GE’s face was still a little pale as she lay on the bed. Shen Feng’s thin lips curled into a smile as he carried her out.

The breathing in his arms was very even. Shen Feng glanced at her face and said to the Butler,”In the future, you don’t have to care about what she wants to do and where she wants to go as long as she’s still in this villa. You just have to follow her.”

PEI GE opened her eyes when she heard the door close and shook her head regretfully. What a pity. Everything was ready, but the last thing she needed was the final push. In order to make her act more convincing, she even pinched her own legs secretly. Unfortunately, she was just one step away from escaping from this damn place.

However, it wasn’t completely fruitless. At least from now on, she would have more freedom in her actions.

PEI GE lay on the bed as the god of the underworld pretended to be asleep, looking obedient and calm.

The man’s deep voice was still ringing in her head, making her heart warm and pure.

PEI GE hugged the pillow and placed it softly on her stomach. She was actually awake the whole time. Under Shen Feng’s gaze, she did not dare to move. She did not want to be too nervous, so she relaxed her state of mind. The baby was also very quiet, docile, and obedient. PEI GE was already tired to begin with, so after being on high alert for a while, she actually fell asleep.

“Alright. The baby and I will always be waiting for you, Ji Ziming.”

Shen Feng walked back to her and carefully observed her expression. She looked comfortable and at ease, as gentle as a kitten.

Yes, it was not a female cat.

Shen Feng’s lips curled up at this. He tidied up the blanket and pulled the curtains before leaving the room.

Perhaps it was because her stomach was not feeling well this time, or because she had not changed her attitude, but she was still cold and distant, which was not good for the mother and son’s safety.

“Hello, yes, yes, it’s me. I do need to talk to you.” Even though the room’s soundproofing was very good, Shen Feng didn’t dare to take the risk. He lowered his pleasant voice and called the doctor.

Shen Feng decided to leave the house. Since there were no bodyguards outside, he thought that he had loosened his supervision on her.

“Yeah, I’m going out now. Let’s go to your hospital. It’s not convenient for me to stay at home.” Shen Feng took the suit beside him and hung it on his arm. He then opened the door and walked out.

In the end, Shen Feng called his bodyguards and called for a group of people to stay by PEI GE’s side. However, he did not like other men getting too close to her, so he did not intend to let his bodyguards enter the house. At this thought, even if he wanted to relax his surveillance on her, he knew her all too well.

“The woman I love is so smart. If I let my guard down, I would be belittling you.”

“Help me get a nanny. She has to be smart and kind. Yes, she has to look like a mother. Alright. ”

When he went downstairs, he saw that Liu Lina was still holding her chin in her hand. She was waiting for someone in the Rolls-Royce.

Shen Feng was taken aback. He turned to look at Liu Lina and then at PEI GE’s room. The curtains were still tightly closed, just like when he left.