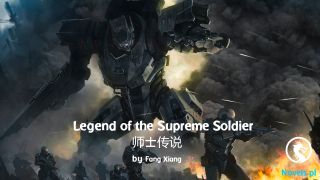 “Sir!” The servant stood at the side.

Shen Feng looked at him,”get someone to clean up the kitchen.” He pointed at the mess on the ground with his lower jaw.”I don’t want to see these things again.”

“Alright!” The servant received the order and went to make the arrangements.

Shen Feng looked at the broken cup on the ground and his eagle eyes flickered with an indiscernible light. Liu Lina’s words were still ringing in his ears.

Did you forget what you did to her back then?

Aren’t you afraid that she’ll hate you?

Shen Feng silently asked himself. The answer was a little cruel, and it should not be feelings that he could develop for her with his current identity.

The servant who was ordered to clean the kitchen had already entered. When she saw Shen Feng in the kitchen, she was surprised and was about to greet him, but Shen Feng nodded his head and turned around to leave.

She rushed back to her room with one hand on her chest and the other on the door behind her. His heart was beating so fast that it felt like it was going to jump out of his chest.

She placed her hand on her stomach and thought, no matter why Shen Feng is afraid of me hating him, I only care about what he did back then!

“No, I can’t just sit here and wait for death!” She leaned against the door and rubbed her stomach with her hands.

No matter what kind of deal Shen Feng and Liu Lina had made, she did not believe that Shen Feng would be able to get together with such a vicious person like Liu Lina. The current Shen Feng was no longer the Shen Feng of the past!

Why was she still foolishly waiting here? did she really think that Shen Feng would not hurt her?

After cleaning the kitchen for a while.

In the blink of an eye, the kitchen that was still in a mess just now had transformed into a brand new one.

Shen Feng stood in front of the marble cooking table. He was dressed in branded clothes, but he didn’t seem out of place in the kitchen. Even when the kitchenware appeared in his slender hands, it didn’t diminish his noble temperament.

Even though he was cooking with kitchen utensils, Shen Feng still looked like a noble young master who was above the common populace.

The sun was shining in through the window.

His slender fingers knocked on the door and after hearing a reply from the inside, Shen Feng pushed the door open, “Today’s pregnancy soup came a little late. You must have waited for a long time, right?”

As he spoke, he looked up to see her expression. His face was warm and full of patience.

She adjusted her expression the moment she heard the knocking, and it was flawless. He smiled and said,”am I late?” I didn’t really notice it. ”

Shen Feng was slightly startled,”alright, then I shouldn’t have reminded you to come …” His slender fingers held the White porcelain bowl over, and his eyes were filled with a warm light.

She took it and stirred the soup in the bowl. The rich fragrance wafted out of the bowl and whetted one’s appetite.

Shen Feng sat down on the sofa not far from her.”Drink it while it’s hot.” Pausing for a moment, Shen Feng’s tone carried a hint of ridicule,””Don’t say that I’ve mistreated you. ”

She smiled and lowered her head, thinking, only God knows if you’ve treated me badly.

She felt a little bloated after the bowl of soup. Ever since she was pregnant, she had been eating a lot of soup and tonics.

Shen Feng took the bowl from her and placed it aside,”why don’t you rest first?” I’ll accompany you downstairs to the garden later to take a walk and relax. ”

PEI GE nodded and did not reply. Rubbing her stomach, she pulled the blanket over herself and closed her eyes to bask in the sunlight.

The solid wood door closed behind him.

After a long while, Shen Feng looked at the door and turned to leave.

The Golden setting sun shone in through the window, and the carpet looked like a layer of chiffon.

She had her own thoughts, but she would not do anything to hurt the child.

Rubbing her stomach, she sat up on the bed with a mysterious and peaceful smile on her face.

The maid was used to the scene of the young lady who lived here coming down to eat at mealtime, so she was surprised to see her in the middle of the afternoon.

“Miss PEI! I’m sorry, dinner might take a while to be ready! You’re hungry? Do you want to eat something now? I’ll make it for you in the kitchen!” The Butler carefully wiped the sweat off his forehead.

PEI GE shook her head.”It’s nothing. I just woke up and couldn’t fall asleep, so I came down to take a walk. You guys can do your own things!” He turned his head and looked at the small bookshelf at the side.”Can I see these?”

This was a pregnant woman that even the Mister held in the palm of his hand. How could he dare to say no? he nodded repeatedly and said,””Yes, yes! What do you want to see, miss PEI? I’ll go get it for you!” As he spoke, the Butler seemed to be ready to walk towards the small bookshelf.

She smiled awkwardly.”It’s fine. You can go and do your own things. I’ll see for myself. ”

At her repeated request, the Butler hesitated for a while before turning back to look at her again and again, leaving her alone in the large living room.

She casually picked up a book from the bookshelf and began reading it under the sunlight.

“Dong!” The exquisitely wrapped thick-skinned book fell on the carpet with a dull sound.

PEI GE’s face contorted as she clutched her stomach in pain.””Ah … My stomach … It … It hurts! “Someone come …” He panted heavily.

She felt as if there was a knife stirring in her stomach, and the overwhelming pain made her break out in a cold sweat. It was as painful as cutting her flesh!

“Ah!” The Butler happened to come over to check on her. Seeing this, his face turned pale with fright.”Miss PEI! What’s wrong? Miss PEI! Are you feeling unwell?”

“Stomach …” She hugged her stomach, her face pale and her forehead perspiring.”My stomach … It hurts!”

The Butler’s face turned even paler. This young lady’s stomach was like his master’s eyeball. He wished he could serve her personally every day. If anything happened, no one would be able to take responsibility!

“Quickly go and inform Sir!” The Butler looked at the servant who was dumbfounded.

“My stomach …” The veins on the back of PEI GE’s hand were bulging, and the hair on her forehead was already soaked with sweat. She looked up at the housekeeper with difficulty.”Take me … To the hospital … My child! My stomach feels terrible …”