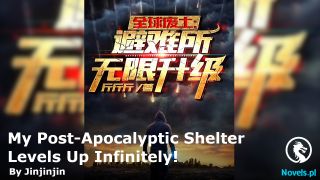 «Provocative Fiery Wife: My Superior is a Affectionate Spitfire (Web Novel) - Chapter 2426: I will Pierce her face.

The next day, when Shen Feng woke up, he saw Liu Lina in his arms. Thinking of the situation last night, she couldn’t help but feel disgusted.

This woman really wouldn’t give up until she got what she wanted. She could do anything, but she actually drugged him!

He tried to pull his arm out of Liu Lina’s grip, but Liu Lina opened her eyes and blinked her alluring eyes with her long eyelashes.”Shen lang, you’ve won. I’ll go make you breakfast. ”

After saying that, he chuckled and without waiting for Shen Feng’s reply, he kissed Shen Feng’s face. Then, he took a towel and wrapped it around his voluptuous body before going to wash up.

Shen Feng laid on the bed with his hands behind his head.

Last night, he thought that it was PEI GE, or rather, he was satisfied. Although Liu Lina was still charming despite her age, she was quite agreeable in some ways.

There were too many things that he needed to use her in the future. He would just let her do whatever she wanted.

Shen Feng thought,’how good would it be if the person I’m messing with is PEI GE, and she’s willing to do it.’

Liu Lina had already washed up and put on some light makeup. She was all dressed up as she walked out of the bathroom. After a night of intimacy, Liu Lina felt that their relationship had become even more intimate. She didn’t care that Shen Feng was still lying on the bed and directly pulled off the towel to change her clothes.

Her charming eyes drifted towards Shen Feng, wanting to see his reaction. It was a pity that Shen Feng’s heart was filled with PEI GE at this moment and did not even look at her.

Liu Lina pouted and pouted,”Are you starting to despise me? A hundred couples in one night, and you’ve changed so much after one night. ”

Shen Feng’s eyes glanced over and he said indifferently,”I have something to do after breakfast. Let’s end this as soon as possible. ”

Liu Lina replied with an “en” obediently, but she suddenly moved to the side of the bed, half-crouched in front of Shen Feng, and crossed over Shen Feng’s body with one arm. She asked with a smile, “Who’s better, me or your little hostage?”

“What’s different?” Liu Lina did not give up.

“After messing around for so long, you still only have her in your heart!” Liu Lina stood up in a Huff.

Shen Feng laid there without moving, and his tone was still indifferent,””I only love her in my heart. No matter how she was in the past, and no matter how she treated me. ”

Liu Lina once again leaned in front of Shen Feng’s bed and stretched out a finger to sweep it across Shen Feng’s face, “Don’t say that you kidnapped her man. Don’t say that she never had any feelings for you. Just by imprisoning her in that small house, you’re a woman with a bit of courage. Even if you had any good feelings for her, it’s going to be wiped out.”

Liu Lina moved her face closer to Shen Feng ‘s, their noses almost touching,”As a woman, I can tell you with certainty: She will never fall in love with you in this lifetime. You can give up now. ”

Shen Feng remained in a posture as if he would not make a sound even if Mount Tai collapsed,”No matter how she is, I only love her in my heart.”

Liu Lina stared straight into Shen Feng’s eyes, trying to see if he was telling the truth or not. After staring for a long time, he could not see anything. This was a pair of eyes that did not show any emotions, like dead water without ripples.

Liu Lina suddenly became angry. She stood up and said loudly, “Isn’t it just that she’s younger than me by a few years? I’m going to poke her face!”

After saying that, she turned around and walked out. Shen Feng jumped up from the bed and hugged Liu Lina. The two of them rolled on the floor.

“I’m warning you, don’t touch her. ” Shen Feng pressed Liu Lina under him and warned her coldly.

Liu Lina wanted to rebut him on purpose, but when she saw the coldness in Shen Feng’s eyes, she felt hopeless. The hatred he felt for her instantly rose by ten levels. At the same time, Shen Feng’s gaze had conquered Liu Lina for the first time.

His gaze made Liu Lina feel cold and terrified. Liu Lina knew that if she really touched PEI GE or disobeyed Shen Feng’s will on some other matter, she would likely be killed by this ‘gaze’. For the first time, Liu Lina felt fear.

She saw the wind and actually laughed out loud. She said coquettishly,””Look at how much you care, she’s just saying. Such an alluring little beauty, if her face were to really be torn, not only would you feel heartache, even I would feel heartache looking at her. ”

Shen Feng coldly stared into Liu Lina’s eyes. Liu Lina widened her eyes and saw that Shen Feng had no intention of letting her go. She raised her arms and wrapped them around Shen Feng’s neck,”After a long night, you’re not hungry, but I’m hungry. Do you have to hold me like this and talk to me?”

Shen Feng made sure that Liu Lina did not dare to hurt PEI GE before standing up.

Liu Lina stretched out her arm to let Shen Feng pull her up. Shen Feng thought for a moment and pulled her up from the ground. Liu Lina leaned into Shen Feng’s arms, “Don’t worry,” Liu Lina sighed.”This is my life. Let that little beauty of yours do as she pleases. That’s all.”

“I don’t want to say this, but in this life, I’m afraid that even if you can get her body, you won’t be able to get her heart.”

Liu Lina pushed Shen Feng away and walked to the bedroom door. She turned around and smiled,”We can’t get what we want, we are in the same boat.” After that, he left without looking back.

Shen Feng stood on the spot, not saying a single word. No expression could be seen on his face.

It was said that most things in the world were not as one wished. Most likely, 8.5% of them were related to feelings.

When a person liked another person, the other person also happened to like only one person. Such a thing was one in a million, so it was even more precious.

As for the rest, be it Shen Feng, Liu Lina, or ye Changqing, none of them were happy.

Perhaps it was because there were so many disappointments that the lovey-dovey look was especially enviable.

In the kitchen, Liu Lina was using the kitchen knife to stab at the food as if she was stabbing PEI GE’s face.

She hated her to the core, but there was nothing she could do.

Since ancient times, the wars between women, although they were all because of men, hurt and made things difficult for each other. Just like Sister Feng in ‘Dream of the Red Chamber’, such a hot person could only make things difficult for the woman when faced with her husband’s affair. Liu Lina, the ‘big sister’, was no exception. This was probably the tragedy of women.