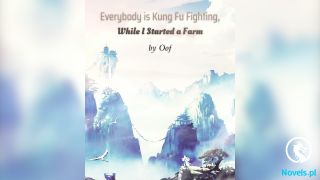 Liu Lina was furious. She pushed open the kitchen door with a whoosh. He was just short of rolling up his sleeves and holding a rolling pin.

He had originally thought that he would grab this Little Vixen’s hair as soon as he entered the kitchen and give her a dozen tight slaps on her face, so that she would no longer be able to seduce men with her looks. Then, she pushed her to the ground, pulled her clothes, and kicked her a few times with her high heels.

However, what Liu Lina did not expect was that there was only Shen Feng in the kitchen.

Liu Lina stood at the kitchen door and was stunned for a moment. Then, she saw Shen Feng cooking something in the pot of soup. This was the first time she saw this man cooking, and her heart was filled with a trace of gentleness. However, she caught sight of a recipe book at the side. Liu Lina’s eyes were sharp, and she actually saw the title on the recipe. It was a soup for pregnant women.

Nurturing the fetus? What pregnancy? Whose child? Liu Lina’s mind spun quickly, and she instantly thought of PEI GE, who was only three months pregnant. The gentleness in her heart immediately turned into a steel knife that had been tempered hundreds of times. Her expression was even uglier than when she had just entered the door. She was like a Zhong Yuan who had just caught a little ghost from hell, ugly and disgusting.

Jealousy was the most damaging thing to a person’s appearance. Even if she had put on tons of makeup on her face and maintained her beauty for many years, all her efforts would be in vain if she got jealous. When Liu Lina was not angry, her shy smile was extremely charming. Although she was a little old, she still looked quite pleasing to the eye because she had taken good care of herself. She had the charm of a mature woman, and the combination of that and the charm that came from her bones was indescribably seductive. It was only when she was torturing people that this kind of charm would be hidden. Today, Liu Lina’s condition was even more painful to the eyes than when she was torturing people.

Ever since Shen Feng kept her by his side, no matter how cold she was to him, he was still in a good mood. PEI GE was pregnant, and even though the child was Ji Ziming ‘s, Shen Feng, who was a sinister person, could not bring himself to hate the child. Perhaps it was because he loved the house and its Crow, or perhaps it was simply because he had wanted to have her for too long, but he did not care about anything else. As long as she could be by his side, healthy, and in good spirits, he did not care about anything else.

Hence, Shen Feng would personally prepare her three meals a day, including the supper and soup for the fetus.

As for PEI GE, even though she despised Shen Feng’s sinister character, she did not hate him that much.

If you want to keep a person, you have to keep his stomach first. Perhaps there was a certain truth to this saying.

Shen Feng was circling the stove and cooking seriously according to the recipe. His cooking skills had improved during this period of time, and he was very proud of it. His cooking skills were decent, so he was even more willing to cook for PEI GE. The door creaked open. At first, they thought that it was PEI GE who had entered the kitchen. Other than the bedroom and bathroom, she did not go anywhere else in this small prison. She had never set foot in the kitchen, and she rarely came to the living room.

Thus, the moment the kitchen door was pushed open, Shen Feng’s heart leaped with joy. Her heart softened when she saw that her hard work over the past few days had finally paid off.

He turned around with a gentle expression on his face, only to see Liu Lina blocking the door with a dark face. She was so angry that she had gone mad. The temperature on his face dropped by 80 degrees instantly, and he frowned.

“Alright! Shen Feng, you’re really something! I was wondering why you avoided me and didn’t even pick up my phone. I called one phone call after another, but no one picked up. If you’re really busy, then it’s fine, but you’re not doing anything important and are instead making fetus soup for the hostage!” Liu Lina was so angry that her nose was almost crooked to her ears, and she shouted at the top of her lungs.

Shen Feng’s frown deepened. As she was pregnant, the first three to four months were the most important and the most unbearable. She had been vomiting non-stop, and she almost vomited out her gastric juice when she ate something. In an unfamiliar environment, coupled with the pressure of being detained, she couldn’t sleep well at night. She vomited again after having breakfast for a while. After a long time, he finally went to rest. PEI GE would not be able to rest well with Liu Lina’s ruckus.

This woman was simply a Shrew without any quality. Shen Feng looked at Liu Lina coldly and did not say anything.

“You have nothing to say, right? You’ve really put in so much effort for that woman! Shen Feng, I’ve come all the way from South America, but I’ve never had a meal with you!” The more Liu Lina thought about it, the more aggrieved she felt. Jealousy, grievance, disgust, and hatred-all sorts of emotions were tangled together, and she instantly lost her rationality. He took a big step forward, grabbed the recipe that Shen Feng had placed in his hand, and tore it into pieces with a few strokes.

Shen Feng’s eyes were fixed as he looked at the recipe fragments on the ground. He pursed his thin lips and didn’t say anything.

Liu Lina noticed that Shen Feng wasn’t looking at her and was only focused on the recipe. In Shen Feng’s heart, wasn’t she even worth a recipe?

On second thought, Shen Feng had prepared this recipe for PEI GE, so he only had that little B*tch in his heart.

Liu Lina’s eyes darted around. When she saw the steaming fetus-nourishing soup in the clay pot, the jealousy and anger in her heart reached a peak. At this time, the wine rushed up, and he didn’t care about the heat. He picked up the claypot and threw it on the ground.

The claypot was smashed into pieces, and the soup and rice inside spilled all over the ground. A few drops of hot soup splashed onto Shen Feng’s feet, and his face became gloomier.

A few of his subordinates stood guard outside the door and listened to the commotion inside. They could not help but look at each other when they heard Liu Lina shouting and smashing things. However, they couldn’t hear Shen Feng’s orders to call them in, so they could only stick their heads out of the door.

Liu Lina was having a great time smashing things. Shen Feng remained silent from the start. Shen Feng looked at the recipe on the ground, which was slowly being soaked by the soup from the pot. He slowly raised his head and stared at Liu Lina with a cold gaze.

There was no warmth in Shen Feng’s eyes, and Liu Lina couldn’t help but shiver. This man was so terrifying, so cold that you couldn’t see through his thoughts. But the more it was like this, the more people couldn’t help but want to get closer.

“Don’t look at me like that, say something!” Liu Lina was afraid, but she felt even more aggrieved. When a woman felt wronged, she would feel that all the reasons were on her side, and she would not be afraid of anything. Liu Lina mustered up her courage and questioned Shen Feng fiercely,”Why? I’ve done so much for you, all the way from South America, but it’s not as important as a hostage. What did she do for you? She didn’t do anything for you! Why are you so good to her? Is it worth it?”