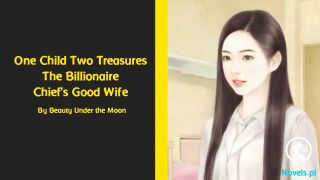 Shen Feng smiled,”is one enough?” Do you want some bird’s nest?”

“Sorry to trouble you,” she said after a pause.

“Alright, I’ll inform the kitchen later.” Shen Feng’s smile was very gentle as he accompanied her for a walk without the slightest bit of impatience.

Seeing that she was about to continue walking, Shen Feng asked,”why don’t you stop for a while? Let’s go back and eat something first. Even if you’re not tired, the child in your stomach should be tired after walking for so long. ”

She hesitated for a moment before nodding.

Shen Feng smiled. It was not hard to guess what she was thinking. No matter what it was, as long as it was related to the child in her stomach, she would definitely agree.

No matter how strong a person was, as long as they had a weakness, they would become weak, just like Achilles, who died because of his heel.

Ji Ziming was the best example, and PEI GE was his Achilles ‘heel.

Unfortunately, he had his own pride, which made him feel that it was beneath him to lay his hands on women. Otherwise, he would have won without any effort.

Shen Feng smiled and followed her into the room.

The kitchen staff came over with a bowl of steaming chicken soup.”Mr. Shen, the chicken soup you ordered is ready.” The man passed the bowl of chicken soup to Shen Feng and, after a pause, wanted to pass it to PEI GE.

Shen Feng took the chicken soup and stirred it with the spoon in the White porcelain bowl. He gently smiled,”I specially asked them to make it very light. Try it.”

She was not worried about the chicken soup, so she took it from him.””Thank you,” he said. He took a sip and smiled,””It’s very good!”

Shen Feng raised his brows,”you’re not afraid that I’ll do something to the chicken soup.”

“If you really wanted to make a move, why go through all this trouble? Can’t you just do it in my usual food?” Besides, if he dared to touch her or the child, she would not let him off, let alone the man.

Sitting at the dining table, she casually added,””A person who sticks to his bottom line will not be a person who would lay a hand on the child in his stomach.”

“What if I am?” Shen Feng’s eyes moved slightly.

She stopped what she was doing and looked him in the eye.””If you are, then I can only say that I’ve misjudged you.”

Shen Feng chuckled and pulled a chair over to sit opposite her.”Don’t worry. If I really wanted to make a move, I wouldn’t have to go through so much trouble. ”

PEI GE was not worried at all. With one hand on her stomach, she used the other to scoop the chicken soup into her mouth.

It was a peaceful day.

PEI GE thought that Shen Feng’s abnormality was only that day, but in the following days, his actions gave her a huge shock.

She was the one who had been kidnapped, right? Why did Shen Feng treat her with the honor of a guest? Not only was he treated well, but he was also treated with good food and drinks every day.

PEI GE sat on the soft sofa and watched as the servants placed the dishes on the dining table. The table was filled with steaming hot dishes that emitted a strong aroma of rice, which whetted one’s appetite.

Shen Feng walked over to her and gently said,”‘PEI GE, let’s go eat. The bird’s nest is still warm on the stove. If you want to eat it after dinner, I’ll get someone to bring it to you. ”

She pursed her lips and stood up from the sofa.

Shen Feng strode over and lightly held her arm.”Walk slowly and be careful.”

She resisted the urge to push him away and slowly walked to the dining table with him.

“PEI GE, try this. This steamed fish is pretty good. It’s good for the child to eat more fish. ” Shen Feng picked up a piece of fish with his chopsticks and placed it in her bowl.

“Don’t worry, these are the public chopsticks, not the ones I just ate,”Shen Feng said with a smile as he retracted his chopsticks.

“Thank you.” She smiled and nodded.

If one were to ignore the fact that Shen Feng had kidnapped her, the way he acted now made them seem like friends. However, both of them knew that some things were just an illusion.

After lunch, PEI GE rubbed her stomach as she leaned against the chair by the window, her slender fingers gently moving her stomach up and down.

Shen Feng narrowed his eyes and looked at her,”is your stomach feeling uncomfortable?” Did he eat too much just now? Do you want me to help you rub it?”

Shen Feng was about to place his hand on her stomach when she caught his hand. She looked at him with her clear and sharp eyes. “I’ll do it myself. ”

Shen Feng retracted his hand.”I’m sorry for being rude.” “If you feel uncomfortable anywhere, just tell me. Don’t hide it from me.”

“I know,” She said seriously. Of course, she would not neglect her own health.

“It’s fine in the past, but now you’re a man with two bodies, you …” Shen Feng’s low and gentle voice was interrupted.

“Mr. Shen, there’s a call from miss Liu.” The servant’s voice rang out.

“Say that I’m not around,” Shen hou replied without turning back.

“You …” PEI GE wanted to say something, but she felt that it was Shen Feng’s own business and had nothing to do with her, so she was in no position to say such things.

“What’s the matter?”Shen Feng looked at her.

Shen Feng saw through her intentions and smiled,””I’m just here to bask in the sun,” The sunlight shone through the clear glass window and landed on half of Shen Feng’s body.

Since he had said so, she could not say anything more. She turned her head and gently stroked her belly attentively.

The longer she left, the more she missed him. When she missed him, she could only touch her stomach. That was the only connection between them.

After a while, Shen Feng noticed that the movement beside him had died down. He turned around and saw that PEI GE had fallen asleep under the sun.

The sunlight shone on the carpet in front of her, making her face look even more fair and translucent. His gentle eyes and peaceful breathing …

Shen Feng smiled and casually picked up a book from the bookshelf. Just like that, he sat beside her and accompanied her to sleep.

The servants who were cleaning up the place also felt that it was strange. They had clearly heard that the child in this lady’s stomach was not their master ‘s, so why would their master treat it like his own child? he was meticulous in everything he did, afraid that he would hurt this lady and the child in her stomach.

Come to think of it, sir was really infatuated!

This thought took root in the servants ‘hearts, and they even worked harder.

Shen Feng tilted his head and placed a finger between his lips,”Shh.”

The man hesitated for a moment, then turned around and left. He decided to continue telling miss Liu that sir was not around.