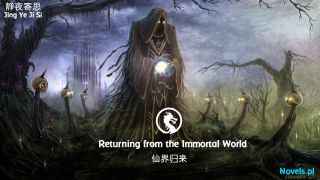 Liu Lina was very happy to see the results.”Now, where I am, you must stand where you should stand!”

Hence, Liu Lina became excited and started listing out a bunch of rules for the servants.

The servants broke out in a cold sweat. If not for the fact that there was a lot of money here, as well as for the great CEO Ji and the previous protagonists, they would have immediately gotten their pay and left!

Everyone was drenched in cold sweat as they listened to Liu Lina list out a bunch of rules. Just when they thought that they were free, Liu Lina was indeed in high spirits. She waved her hand and said to the Butler,””Go and bring me a pen and paper. I’ll write a family rule.”

If someone had not stopped them, they would have killed Liu Lina on the spot.

Other than being pretty, this woman was really ugly in every way. They were really snakes and scorpions.

Everyone had the same thought.

Ji Ziming’s room was very soundproof, so he had a good night’s sleep.

Although he didn’t have the woman he loved the most in his arms, and he couldn’t stop thinking about her, compared to what he saw when he woke up this morning, this sleep could be said to be heaven.

“What is this?” The moment he opened the door, he realized that something was amiss. The entire Ji residence was filled with a heavy atmosphere, and it felt stiff and cold.

The servant raised his head and looked at his real master, feeling wronged. Then, he lowered his head again, not daring to say a word.

Naturally, Ji Ziming noticed that the other party had something she could not tell him, so he turned to look at Liu Lina.

Liu Lina lazily got out of bed and was about to stretch when she saw Ji Ziming’s cold gaze. She immediately sobered up.”HM?”

Seeing that the man was still confused, the man swept his eyes over him. He was worried that Liu Lina would seek revenge on Ji Ziming, so he gestured for the servants to leave.

Liu Lina did not mind.”Did you notice something different? I told you yesterday, I’m going to change. ”

“What did you do?” the man recalled Liu Lina’s gaze.

“You don’t have to thank me too much for telling you.” Liu Lina pulled down her shoes and went downstairs comfortably.”Come here, I’ll show you.”

Although Ji Ziming was still worried, he did not put down his pride. Ignoring Liu Lina, he walked toward the dining table and started eating.

Liu Lina was a little disappointed that he did not follow her, but since she was in a good mood after the big incident last night, she did not care about this and stuck to him. As they started eating, she kept trying to make her presence known.”Oh, so you like to eat this? I didn’t expect this. ”

Liu Lina deliberately snatched the egg from him.”We can’t be lacking eggs in the morning!”

“…” He elegantly wiped his lips and got up.

“Where are you going? It’s not time for work yet. ” Liu Lina mumbled.

“What does it have to do with you?” He did not want to stay in the same room as this unreasonable woman.

“It’s not a coincidence. It really has something to do with me. ” Liu Lina said,”I wrote a family rule yesterday and told you not to read it.”

“Family rule No. 551: Ji Ziming must report to me before he goes out.” Liu Lina pretended to count her fingers.”Can you guess how many family rules I’ve written?”

Ji Ziming naturally ignored him, and Liu Lina was happy with herself.”I wrote a total of 888 lines, and the last 333 are all about you.”

“You’re just being unreasonable. ” Liu Lina mumbled as she ate the egg,”I can also be unreasonable to your wife. Do you want to try?”

“Liu Lina!” The man glared at him.

Liu Lina giggled happily. “I’ve discovered something interesting. As long as it’s related to PEI GE, you won’t have an ice-cold face.”

“What do you want?” His face darkened as he got straight to the point.

“Me? what I want is very simple.” Liu Lina put down her chopsticks and wiped her mouth elegantly.”If you listen to me, I won’t make things difficult for you.”

“Do you know what I want?” He coldly asked.

“Of course, I know. The one you want is PEI GE.” Liu Lina sighed and praised,”I used to think that boss Blackboard was already very unromantic. I didn’t expect that there would be someone even more unromantic.”

“If I agree to listen to you, then don’t use PEI GE to threaten me anymore. If I see that she’s not fine, then Liu Lina, you might not have seen my methods.” The man said without any room for negotiation.

As she spoke, she picked up her chopsticks and picked up a slice of tomato for herself.”It’s rare for you to say so much. I’m still very pleased.”

He silently acknowledged that she had agreed.

After all, not many people in this world dared to provoke him.

Liu Lina chewed on the tomato until her mouth was red. She then looked up at the man, who was about to leave.”You haven’t reported your whereabouts to me.”

“…” He stopped in his tracks but did not turn around.”To the company.”

“It’s not time yet, aren’t you going to eat more?” Liu Lina pretended to be concerned, but she did not seem to care at all.

“I don’t have an appetite,” The man said concisely.

“You know the answer.”

“AI.” Liu Lina sighed heavily and turned around to continue eating.”You really don’t give me any face at all.”

Ji Ziming did not continue to pester Liu Lina and continued walking, but Liu Lina really liked him and loved to cause trouble for him.”Then, why don’t you report your feelings after work? Don’t tell me he’s coming back right after work?”

“…Yes.” Ji Ziming answered after a moment of silence.

Liu Lina’s words reminded him that he was most likely being monitored and that he should be more alert.

When the truth was false, false was true. Fishing in troubled waters … Ji Ziming heaved a sigh of relief when he suddenly had a plan in mind. He could not help but stop in his tracks and glance at Liu Lina, who continued to eat her breakfast without a care.

He was thinking too much.

He turned around and left.

Liu Lina looked at the people in the room who were trembling with fear and smiled.”It’s a good thing that I’m going out today. Otherwise, you’ll look a little pitiful if you keep acting like this.”

All the servants were hoping that she would leave soon.

She didn’t know when these days would end.