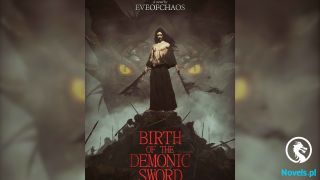 Ji Ziming, who was standing by the glass window, was looking at the building in the distance. When he thought of how PEI GE was still in Shen Feng’s hands, he clenched his fists tightly, and his deep eyes were filled with hatred for the latter. If anything happened to PEI GE, he would personally take Shen Feng’s head off. If anything happened to the baby in her stomach, then everyone related to Shen Feng would be Ji Ziming’s enemy.

Just as he was deep in thought, He Yun knocked on the door of the CEO’s office.”Sir, I’ve already contacted Shen Feng’s people. Do you think we should call him now?”

“Give me your phone!”

Ji Ziming’s eyes turned even colder, and it was as if he was looking down on the entire world.

The man’s eyes turned cold when he Yun respectfully handed him the phone. The moment his long fingers touched the screen and it lit up, the coldness in his heart also froze. His PEI GE was now alone with his child somewhere, and he wondered if she had already eaten and was missing him.

He Yun looked at Ji Ziming with a dazed expression, and his heart skipped a beat. Ever since his wife left his side, the CEO seemed to have become even colder. It was as if he had returned to the time when he first met the man overnight.

That cold and unfeeling Ji Ziming.

However, what exactly did he go through that night to make him feel so hopeless? if she had not left his side, would all of this not have happened? would he not have returned to how he was before and could have acted as if nothing had happened?

“You can leave first, I know what to do.”

Ji Ziming’s eyes narrowed coldly. When he thought of how Shen Feng had kidnapped PEI GE, his eyes turned red with hatred. No one could do such a thing to the person he loved, and no one could occupy his position in this land.

If anything were to happen to PEI GE, Ji Ziming would definitely tear Shen Feng into pieces.

“Okay, President. If you need me, just let me know. I’ll be waiting outside the office.”

He Yun’s face darkened as he looked at the man. He could not help but think that if something were to happen to PEI GE, the man would really turn into a Lion and accept death for anyone who offended him.

He was like the King of Hell. He Yun did not even need to get close to him to sense his terror.

After he Yun left, Ji Ziming dialed Shen Feng’s number. It rang for a long time before the call was picked up, causing him to feel even more flustered.

“Oh? Why is he calling me? could it be that he wants to see how your wife is doing?”

Shen Feng grinned cheekily as he looked at the Jade ring in his hand. The sinister smile in his eyes couldn’t be concealed.

“Shen Feng, let’s meet up. No matter what you want, I will try my best to satisfy you.”

Shen Feng coldly snorted as he looked at the Jade ring on his finger. The jealousy in his eyes could no longer be hidden.

“What do you think I want to satisfy me? Mr. Ji, you’re really a rich man. Do you think I’m asking you for money? Yes, I, Shen Feng, am indeed short of money, and no matter how much you give me, it will not be able to satisfy my desires. However, don’t forget, Ji Ziming, are you sure you can give me everything I want?”

Shen Feng did not believe that everything he wanted was to replace Ji Ziming’s everything.

“Let’s meet up and talk. At that time, you can state any conditions you want. You know what I want.”

Ji Ziming was not stupid. Putting everything that Shen Feng had done in the past together, he could already guess what the latter was up to.

“Sure, let’s meet at the golf course then. I’ll be there in two hours.”

Ji Ziming hung up the phone and looked at the tall building before him. The iciness in his eyes seemed to be able to freeze the entire city. If that person really wanted to hurt PEI GE, he would not have waited until now. After all, there were many opportunities in the past. However, whether Shen Feng would hurt her or not, keeping her by his side was not a good thing.

The time on his watch passed by slowly. The two hours Shen Feng said were just too slow. Ji Ziming’s heart was already in turmoil, but he could not show it.

Shen Feng, on the other hand, approved of the man’s decision to call him this time. Thinking that the man, who was above everyone else, would speak to him this time, he felt secretly happy.

Even if all this joy was because he had kidnapped PEI GE, he was still happy. He had never intended to return her to Ji Ziming. Even if he had to die, he would not let her die now.

“Boss, isn’t this Ji Ziming a little too hard to deal with?”

Huang tie stood at the side and looked at Shen Feng’s gloomy and terrifying eyes. He had long been used to this kind of Shen Feng.

“Difficult to deal with? You don’t know how fun he used to be. In any case, I’ve never seen him like this before. He’s really not like Ji Ziming. ”

Shen Feng’s lips curved up and a terrifying and evil atmosphere suddenly spread in the surroundings.

“But I heard that he’s also a very important person. Boss, I’m just afraid that you’ll be at a disadvantage.”

Huang tie was very loyal. When Shen Feng was dealing with the Cang Dragon, he was the first one to show his loyalty to Shen Feng. The facts had proven that Huang tie was indeed like that.

His yellow-Iron Eyes revealed a look of surprise and envy, just like when he first met Shen Feng, the cold Shen Feng who would only have a trace of warmth when he saw blood.

“Huang tie, remember, as long as you have someone’s weakness, you will not be afraid of anyone in the future.”