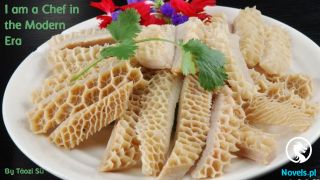 «Provocative Fiery Wife: My Superior is a Affectionate Spitfire (Web Novel) - Chapter 2407: Come out and eat something.

Chapter 2407: Come out and eat something.

Ji Ziming read Shen Feng’s message over and over again. He was now extremely afraid. He did not expect the latter to be so heartless.

“Ziming, come out and eat something.”

In just a few days, Gu Yao had aged a lot. She was also worried about PEI GE and Ji Ziming. He had not eaten or drunk for a few days, and if this continued, how could his body take it?

“Get someone to open it with the key.”

Father Ji sighed. He never thought that something like this would happen. No matter what, the body was the capital of revolution. This child could not go on like this.

The housekeeper wasn’t by her side at the moment, so Gu mo had no choice but to go downstairs and look for the key herself. Her movements were very Swift and she quickly took the key out.

Opening the door, Gu Yao saw Ji Ziming sitting on the bench with their wedding photo in his hands. He was such an exquisite man, yet he had not shaved. The bruises under his eyes were very obvious, and even his forehead bone could be seen.

Ji Ziming raised his head to look at Gu mo and set his subordinate’s photo aside. He had been trying to find out about PEI GE’s news for the past few days and did not have the time to reorganize himself.

“Ziming, have some food. Your body won’t be able to take it if you continue like this. PEI GE is still waiting for you.”

Gu Yao ordered the kitchen to prepare some light food. If Ji Ziming continued to be in this state, he would collapse before PEI GE could return.

Ji Ziming took the food from Gu Heng. He did not have much of an appetite now, but in order not to worry the man, he still ate two mouthfuls.

He hadn’t eaten much for the past few days, and his stomach was starting to hurt. He had to take care of his health, and PEI Huan was still waiting for him.

His father said sternly. He was not good at expressing himself sometimes, but he still hoped that his son would quickly pull himself together.

Ji Ziming felt especially tired today and wanted to rest. After his father and the woman left, he lay down on the bed and breathed in PEI GE’s scent.

He moved very carefully, afraid that he would not be able to retain even the last trace of the smell.

Ji Ziming was jolted awake by a nightmare. In his dream, PEI GE was stabbed at the wedding, and her lower body was bleeding profusely. The despair in her eyes made him feel terrible.

“Gu Zheng, do you want to come out for a drink?”

Ji Ziming wiped the cold sweat off his body. He called Gu Zheng’s number. If this continued, he would not be able to rest well.

“Yes,” Gu Zheng replied. He understood Ji Ziming’s feelings, so he left after informing Tang Xiaoyu. He could not talk too much, but at least he could keep an eye on the man and not let anything go wrong.

By the time Gu Zheng arrived, there was already a pile of empty bottles in front of Ji Ziming. He snatched the bottles from Ji Ziming’s hands and placed them on the table.

“Drink slowly, how can your stomach take it?”

Before Gu Sheng reminded him, he did not feel it. Only now did he feel the burning sensation in his stomach, but he did not mind it.

“Have two drinks with me.”

Ji Ziming called for a waiter to bring two wine glasses. He knew that Tang Xiaoyu was pregnant, so he did not intend to let Gu Zheng drink that much. Having someone to accompany him was enough.

The man had already finished two glasses by the time Gu Zheng finished one. Looking at the situation, Gu Zheng decided to call bi Zheng, afraid that he would not be able to deal with the man later.

“Don’t worry, the driver is outside. Nothing will happen. We’ll go back earlier.”

Ji Ziming could see Gu Zheng’s worry. As he explained, his hands did not stop moving. For some reason, after drinking so much today, he did not feel drunk at all. On the contrary, he was becoming more and more sober, and he did not like this feeling at all.

Gu mo ordered some fruits and snatched the man’s glass of wine again. The latter also conveniently placed the glass down.

How could he not understand Gu Zheng’s good intentions? it was just an excuse to drink after bi Zheng arrived. He did not want to force himself, so he leaned back on the sofa and closed his eyes.

“My Lord, do you want me to have a drink with you?”

An unfamiliar woman walked over with a glass of wine in her hand. This place was filled with rich and influential people, but there were very few people like Ji Ziming who only cared about his looks and not his wealth.

She was already very familiar with this place. How could she tell that he was rich? his clothes were all expensive, and the wine in front of her was of the highest quality. She would be a fool if she could not tell.

Seeing that he kept his eyes closed and did not say a word, the woman boldly approached him again and sat beside him. She pulled down her clothes and boldly reached out her hand to him.

“Who told you to touch me?”

The man grabbed her arm the moment she touched him. He exerted more force, and a creak was heard.

The woman’s tears fell from the pain. She never thought that she would meet a man like this today. He didn’t allow women to get close to him. Could he be GAY? otherwise, what was the point of coming to the Bar?

“Get lost, stay away from me.”

Ji Ziming’s eyes were like those of a Wolf, and anyone who got close to him would die.

The woman scrambled to the side the moment he released her. The killing intent in his eyes was so obvious that her heart trembled in fear.

Bi Zheng did not see Gu Zheng when he arrived. He sat at the side and frowned when he saw the wine glass on the table. How much did he drink in one go?

Shaking his head, he threw the clothes aside in disgust. He hated the smell of any woman other than PEI GE, especially the strong perfume.

Gu Zheng walked out from the direction of the washroom. He was still wiping his hands with a napkin. He had just gone to the washroom, so he did not know what had just happened.

Ji Ziming had his eyes closed the whole time, so he asked bi Zheng.