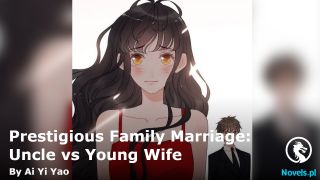 She shook her head subconsciously. Men hated being questioned the most, especially when it came to their character. She had finally gotten out of the dark room and did not want to go back.

After she denied it, the air pressure around her dropped, which showed how powerful Shen Feng’s aura was.

She had been hungry for a long time. When she smelled the delicious food, her mouth wanted to refuse, but her body gave the most honest reaction. Her stomach growled.

PEI GE’s face reddened at once as she stole a glance at Shen Feng. She really did not want to embarrass herself in front of her enemies. She wished she could bury her head in the table and never raise it again.

“Cough, cough. Hurry up and eat. I still have things to do. You stay here obediently.”

Shen Feng knew that she was embarrassed, so he found an excuse to leave. However, after such an awkward scene, the atmosphere seemed to have eased up a lot.

After Shen Feng left, PEI GE ate with even more peace of mind. She only finished her meal half an hour later. She walked to the courtyard and confirmed that Shen Feng was no longer restricting her freedom.

On the other side …

“Hubby, didn’t you say that you wanted to prepare for the wedding? How about we go and take a look at the wedding company?”

Liu Lina tugged at Ji Ziming’s arm. The man had been at her beck and call during their wedding. She had seen everything, and the scene was shockingly Grand. Her wedding was definitely grander than PEI GE ‘s, and the man had to put in a lot of effort.

Ji Ziming was very resistant to Liu Lina’s approach, but when he thought of PEI GE’s appearance, he endured it all. He did not want to prepare for his wedding with Liu Lina. He still had ways to escape now and hoped that the wedding would come a little later.

“What is more important than our marriage?”

Liu Lina’s face gradually darkened. Did he think that he would be fine if he dragged on like this? No matter what, he would not be able to escape, especially when he still had this weak spot.

Liu Lina found Ji Ziming to be an eyesore. He really had bad taste. He would rather have a good-for-nothing woman like PEI GE than be with her.

“Wait for me to explain.”

Ji Ziming tiredly pinched his brows. He could already feel Liu Lina’s coldness. He had already seen how capable she was, so he still chose to compromise. What was this small matter? it was not as important as PEI GE’s safety.

Liu Lina pretended to kiss the man’s face, but the latter managed to Dodge her by accident. Even so, there was still a lipstick stain on her face.

Ji Ziming picked up his phone and walked to the side. Looking at his contacts, he decided to contact the other side to see if they had found any information on PEI GE. He looked worriedly in Liu Lina’s direction and, recalling Shen Feng’s warning and PEI GE’s shrieks that day, he dispelled this thought.

Actually, Ji Ziming did not have anything to do. The company did not have any projects to work on, so he was not very busy. Those people could easily handle the work. He just did not want to spend too much time with Liu Lina, but she was like a plaster that stuck to him.

Ji Ziming took out his phone and pretended to say a few words. His screen was still black, but he had not actually dialed anyone’s number.

After pretending for a few minutes, Ji Ziming walked toward Liu Lina. Afraid that she would see through him if he took too long, Liu Lina maintained a gentle smile on her face as she looked at him.

“Sure, let’s go quickly. After the wedding, we’ll be recognized by others. I just let everyone know that you’re my man.”

Liu Lina said this like a little woman, but it did not match her appearance at all. Ji Ziming did not care so much. As long as it was not PEI GE, she was not worth his concern.

Liu Lina had also chosen the same hotel as the two ‘s. Looking at the familiar place, Ji Ziming could no longer hide his anger.

“Why did you choose this place?”

He pointed at the hotel and glared at Liu Lina. He had already agreed to all her conditions, so why couldn’t she just give in a little?

“I’m sorry, dear. I think I’ve done it here before, so I might be more familiar with it.”

Tears rolled down Liu Lina’s face as if she had been wronged. If she did not know how vicious this woman was, she would have been deceived by her.

“Hubby, didn’t you say that you love me? do you still care about that mistress?”

The moment Liu Lina mentioned the word ‘mistress’, Ji Ziming clenched his fists and tried his best not to hit her.

Mistress? She actually had the face to say the word ‘mistress’. If there was such a thing, then she, Liu Lina, was the real mistress, and a mistress who stuck to him.

PEI GE was his woman, so he could take care of her. He would not allow anyone to say anything bad about her, but he had to swallow these words back into his stomach.

“If you have any requests, just let the staff know. They’ve done a good job, so I’m not worried.”

Ji Ziming replied perfunctorily. He was not in the mood to discuss the wedding with Liu Lina. If possible, he would rather not have this wedding.

Liu Lina was not dissatisfied. She smiled and walked toward the staff in charge of the venue. She had been giving instructions for a long time, but what she actually meant was that it would be more luxurious than the previous one.

She wanted everyone to be envious of her and, more than anything, to let PEI GE know that she was not even worthy of carrying her shoes.

After giving his instructions, he left with Liu Lina. To him, this was a form of release. After sending Liu Lina back to the villa, he found an excuse to leave.

He only returned home at a snail’s pace when Liu Lina called him at night.

When he returned to the bedroom, he realized that her wedding dress and toasting gown were all torn apart. The remains were still on the bed, looking very miserable. He did not need to think to know who had done this.

He had already compromised, so why couldn’t Liu Lina just let PEI GE off?

Just like that, Liu Lina brushed past the exquisite gowns.

Ji Ziming locked himself in his room and, after some hesitation, sent a message to Shen Feng to check on PEI GE.

When Shen Feng received the message, he got the makeup artist to do her makeup. Her face and arms were covered in scars, and even the corners of her mouth were smeared with tomato juice.

Not long after, his phone beeped. He hurriedly unlocked it, and his heart almost stopped the moment he saw the photo on the screen.