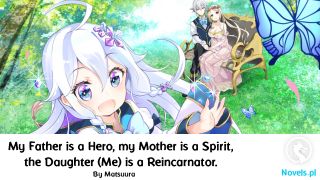 Bi Zheng shook his head, indicating that he had no idea what had happened.

Ji Ziming only opened his eyes when he heard Gu Zheng’s words. He was already a little drunk at this point and did not even notice bi Zheng’s arrival.

Ji Ziming refilled his glass and placed it in front of bi Zheng. As if recalling something, he took the glass back and downed it in one go.

Bi Zheng was still preparing for his pregnancy, so he could not drink at this time. He did not want to hold her up, so he finished the wine.

“Let’s go back. Both of your wives are at home. Go home early and take care of them. ”

Ji Ziming stood up and staggered to his feet. Gu Zheng and bi Zheng followed him. They were not in a hurry, but it was a good thing that he did not drink here. At least it would not hurt his body.

The moment he stepped out of the bar, he leaned against the wall and vomited. The cold wind made him feel very uncomfortable.

He coughed out blood. He felt as if a knife had been stabbed into his stomach and was writhing inside. It was so painful that his sweat dripped to the ground.

He felt his vision go black and he lost consciousness.

Seeing that Ji Ziming had fainted, Gu Zheng and bi Zheng hurriedly dragged him up and called for an ambulance. Seeing him in this state, they could roughly guess what was wrong.

The ambulance arrived at the right time because Gu Zheng had contacted the Dean. How could he not give young master Gu face?

After placing the man in the ambulance, he contacted Gu Hao and his father. Although it was not good to torment the elderly at night, he could not leave. After all, Tang Xiaoyu …

By the time Gu Heng arrived at the hospital, Ji Ziming had already been sent to the emergency room. She was anxiously pacing back and forth at the entrance. She did not expect that something would happen again in just one night.

“Auntie, don’t worry. Everything will be fine.”

Seeing that Gu Yao was crying non-stop, Gu Zheng went to the nurse to get some tissues and comforted Gu Yao.

At this time, PEI GE was peeling an Apple when her heart skipped a beat and her finger was cut by the fruit knife.

“Ah!” PEI GE, who was not prepared at all, cried out in pain.

The moment he heard her cry, he rushed in and, upon seeing the blood on her hand, subconsciously stuffed it into his mouth.

PEI GE pulled her finger out. This action was too ambiguous and was not suitable between her and Shen Feng. She was now a little worried about what had happened.

Shen Feng was already used to PEI GE’s rejection, so he did not think much of it. He always felt that as long as he worked hard, she would like him one day. If she did not like him, she would continue to stay here until she fell in love with him.

Shen Feng’s sinister expression made PEI GE shiver. He had hidden it so well that he had tricked her so badly.

After Shen Feng brought the first aid kit over, he focused on treating PEI GE’s wound and then left her room. He had drunk too much tonight, so he did not accompany her.

PEI GE was surprised to see Shen Feng leave so easily, but she also felt at ease. She walked to the door and locked it.

Shen Feng had the key to this place. As long as he wanted to come in, she wouldn’t be able to stop him no matter what. Locking the door was just to give her some psychological comfort.

She had been here for a few days, and she did not know if the man had found out anything about her. When would she be able to return?

PEI GE leaned against the window and looked at the moon outside. The gentle breeze kept her awake.

Shen Feng didn’t abuse her, instead, he was taking care of her carefully. However, this place was like a cage to her. She seemed to have become a Canary in a cage, longing for freedom.

PEI GE did not know that Shen Feng was watching her every move.

The night was getting late, and the weather was getting colder. PEI GE walked down to the balcony and drew the curtains. She was not alone now, and for the sake of her child, she had to persevere. She could only hope that Ji Ziming would take her away as soon as possible.

“Baby, when do you think your father will come to pick us up?”

She softly mumbled as she lay on the bed and rubbed her stomach. The thought of the child in her stomach ignited her hope and gave her motivation.

Shen Feng had been standing at her door ever since he came upstairs. It was as if this was the only way he could get close to her. The night gradually quieted down …

It had been two hours since Ji Ziming was wheeled out of the emergency room. The anesthetic had not worn off yet, and he lay lifelessly on the bed as if his soul had been taken away.

“You guys can go back first.”

Gu Heng said to the two. She understood their family well, and now that Ji Ziming was fine, she could not trouble him.

Gu mo expressed his gratitude. If it were not for the two of them, no one would know where Ji Ziming would be and no one would inform them.

“You’re welcome, Auntie. We’re all friends. If there’s nothing else, we’ll take our leave.”

It was getting late and it was time for them to go back. After saying goodbye to Gu Yu, the two of them left.

Gu mo looked at the man worriedly. This child had never made her worry before, so why did he do such a ridiculous thing this time?

“Ziming, you’re awake. Do you still feel uncomfortable? do you want to drink some water?”

Ji Ziming opened his eyes, and Gu mo quickly ran to the bed. She did not want to see any more accidents.

When Ji Ziming saw that it was Gu Heng, a hint of disappointment flashed across his eyes. He then shook his head. He must be in too much pain; otherwise, why would he think that PEI GE was by his side?

“Ziming, how can you continue like this? you have to take good care of your body.”

Gu mo started crying as she spoke. When she thought of the half-year Ji Ziming had been bedridden for, her tears could not stop flowing.

Ji Ziming did not have an ounce of strength left in him. He could only comfort Gu he as he watched him cry. Right now, he was like a cripple.

“You’re lying here like this, how can I go back without worry?”

Gu Yu wiped away his tears. He still could not help but feel sad. What kind of sin had he committed?

“I’ll be discharged tomorrow. You should go home. ”

At Ji Ziming’s insistence, she still called for a chauffeur to take Gu MO home.