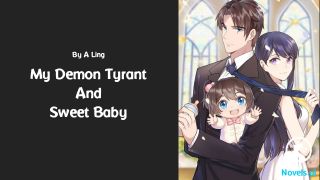 Chapter 1560: The Groom Was Impatient

Although the groom was drunk, the banquet still continued. Mu Yuan sent Ye Ling to the car. The family doctor saw him and confirmed that he did not need to go to the hospital. He was also not drunk to the extent of dying. Shen Qianshu was relieved and sent someone to fetch him home first.

The rest of the people continued on with the banquet. The bride brought along the bridesmaids and groomsmen to entertain the guests. Both the guests and the hosts were considered to have thoroughly enjoyed themselves. When she got back home, it was already after midnight. Ye Ling was dead drunk and was not clear-headed. Shen Qianshu changed his clothes. She changed him into cleaner and fresher sleepwear.

He’s usually so fierce. He was this obedient at the wedding?

Zhong Ran said it right. Was he too sincere? He actually really drank until he got drunk. She was really rather depressed. It is our wedding night. You are another worry instead.

Shen Qianshu sat at the bedside. Her hands were itchy. She could not help herself from pinching his nose.

It is our wedding night.

Shen Qianshu had some soft feelings in her mind. She pinched his face a number of times. Her heart softened into a mess. She herself had not thought before that Ye Ling would actually be so obedient at the wedding.

Drinking until drunk was a little more inconceivable.

It was such a pity that you did not bring out your usual overbearingness and use it at the crucial period.

The castle was also decorated very joyously today. It was decorated with lanterns and colored banners. After the banquet ended, Butler Luther and the others brought the security guards in the castle and played joyfully. They were rather happy.

It was filled with fireworks outside. Shen Qianshu changed into home clothes and went downstairs to play with them. She planned not to return without getting drunk.

“Tragic, tragic, tragic. Your wedding night.” Anyway, since he did not have any end-of-the-year bonus, he planned to be carefree and liberated.

Tong Hua said, “Hahaha, be careful so that your end-of-the-year bonus next year won’t also be gone.”

Zhong Ran said, “Madam is as pretty as a flower and kindhearted. How can you do something so hateful? It is beneath your dignity. Increasing our salary is what a newly appointed official has to do. You have to bribe us. In the future, wherever he goes, whatever he does, and any girl whom he looks more than once, we will report to you immediately. We are your moving surveillance devices.”

Meng Qi, who was infatuated with his brother, scolded Zhong Ran furiously. “Traitor!”

“Not at all, not at all. Little Master Meng Qi, you are in the wrong. I don’t have the slightest idea of betraying Master. Master has given everything to Madam and Little Master. We are also considered as Master’s assets, right? Hence, we are given to Madam together. You have no way to refute, right?” Zhong Ran tried hard to justify himself.

“Little Meng Qi, come. Call me sister-in-law.” Shen Qianshu liked to tease Meng Qi the most. She already felt that it was very fun to tease him in the beginning when she did not know Meng Qi’s identity. He was obviously a little youth, but he still liked to act as an adult. He was very likable.

Shen Qianshu smiled. She said very shamelessly, “Wait until your brother wakes up. I want to complain. You are so smug.”

The security guards laughed. Tong Hua carried Burger and came down. He bounced around as he performed a show for them. This night was spent extremely happily.

Jack drank until he was a little high. He drank a big glass of white wine followed by some red wine and beer, which made him feel like he was floating.