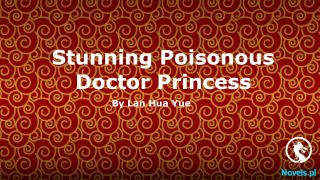 «Master of the End Times (Web Novel) - Chapter 1064: Words that Awaken the Dreamer

Chapter 1064: Words that Awaken the Dreamer

Qin Feng did not wait in vain. Aside from leaving the unused spatial rune equipment to Xue Xingfu, Qin Feng went to Z’s laboratory.

As his strength was getting closer and closer to that of an Immortal, Qin Feng wanted to know more about it.

This time, Z did not use him as an experiment. He only created something that Qin Feng could not understand. However, with his current strength, he did not need to understand these things. He just had to be careful not to fall into Z’s trap.

“Recently, you seem to be very interested in my experiment!” Z saw Qin Feng and became curious.

“Not really. I just suddenly obtained something so I want to let you take a look!”

As Qin Feng spoke, he took out a bottle…

This bottle was not considered small. It was one meter tall and had a diameter of about thirty centimeters. In it, there was a drop of blood floating.

The blood was translucent and was flowing inside the bottle as if it was alive.

“What is this? I can feel a powerful force inside!”

Z immediately grabbed at the bottle. Qin Feng did not withdraw his hand. Instead, he placed the bottle in Z’s hand.

“The blood of an Immortal!”

“What?” Z cried out in surprise, his eyes widening. “You killed an Immortal?”

However, after saying that, Z shook his head and denied the idea.

“It’s impossible. Although your current strength is strong, even if your ability core is ten times stronger than other ability users, it’s still impossible for you to kill an Immortal. The life structure of an Immortal is different!”

Z was only saying that Qin Feng could not kill Immortals, but to Qin Feng, it was like a bolt of lightning, instantly illuminating his thoughts.

That was right, his strength had always been ten times stronger than other ability users, whether it was his physical body, ability, or even his internal energy core.

Previously, when Qin Feng was devouring the Bahamut Realm, he did not dare to continue, afraid that he would self-destruct and die because he was too greedy.

Now, it seemed that he was just afraid of the unknown.

He was too careful, and had missed the opportunity.

In reality, the diameter of his ability core could reach nine hundred and ninety nine meters. As long as the diameter did not exceed ten thousand meters, he would not be able to become an Immortal.

Similarly, his nine internal energy frozen stars could also reach ten times that of others. That would be even more terrifying.

As for his physical strength, because of the slow progress, Qin Feng had been cultivating at a rate of ten times that of others. After cultivating, he had maintained his divine level physique.

Qin Feng himself had created this misunderstanding.

“President Qin, are you planning to give this thing to me?” Z’s voice sounded, and Qin Feng immediately came back to his senses.

Qin Feng was in a great mood. Z’s words woke him up from his dream, so Qin Feng was naturally not stingy.

Z’s research would be shared with the Fengli Organization. Moreover, as Qin Feng’s strength increased, the things he could get were all things that only the most powerful creatures in countless realms could have. As long as Z was smart, it was impossible for him to become Qin Feng’s enemy, or even, he had now become Qin Feng’s subordinate.

This was because Qin Feng could provide him with the items for his experiments.

At this moment, Z opened the bottle and grabbed the drop of blood without hesitation.

Qin Feng noticed that when Z touched the drop of blood, his hand had turned into the shape of a dragon claw. Moreover, it was translucent, a special form of energy life form.

This form allowed him to grab the blood at once. After that, the blood quickly merged into his body.

Qin Feng could clearly feel that Z’s strength had increased, and the effect was very obvious.

After all, even a drop of blood was the strongest treasure for an S-tier ability user like Z.

“This feeling, this is the feeling. I haven’t felt it for many years!” Z muttered. He knew that this was the feeling of advancing.

Qin Feng looked at Z’s expression and did not disturb him. Instead, he left.

After that, Qin Feng went to Chu Fan’s laboratory. Because the interdimensional space was sealed by Bai Li, Chu Fan’s new experiment had also been cut in half. However, there were too many things that he could research. Technological advancement in terms of combat power was one of them.

“Chu fan, I’ll provide you with some flesh and blood of an Immortal. Take a look and see if you can develop a potion that can turn an SSS9-tier ability user into an Immortal!”

Qin Feng did not know if he could go to that legendary place where Immortals could be born, but sometimes, eggs could not be placed in the same basket. Qin Feng planned to let Chu Fan do the research as well.

“Okay, I know Z’s original idea about the awakening potion. In fact, this kind of change only greatly increases the success rate. As long as you have the cells of an Immortal, the transformation will be very easy!”

Chu fan reminded him, “But this kind of potion is not suitable for ordinary people. You have to take it when you are about to reach the Immortal stage. Otherwise, your body will explode and you will die.”

Just like those people who could not bear the medicine and had turned into monsters in the end.

“Understood. There is no need to produce so many. One is enough!”

This was Qin Feng’s trump card.

Moreover, these things had to be replaced with energy to fill Qin Feng’s internal energy frozen stars, allowing him to obtain ten times the combat strength of others.

After such a busy round, a day had passed. Qin Feng’s Verdant Emperor Saber had finally completed its evolution.

In the Magical Tesseract, three tiny cracks had appeared.

“I wonder if the Magical Tesseract can still sustain itself.”

At this point, Qin Feng could only rely on the Magical Tesseract. If he used normal methods to forge the Verdant Emperor Saber, he would have to find a top-tier forger. and the only one who could forge Immortal rune equipment was an Immortal.

Qin Feng threw the star-slaying iron and the materials of the Giant Star Turtle Immortal into the Magical Tesseract.

The star-slaying iron and the Giant Star Turtle Immortal material did not move at all, as if there was no reaction whatsoever.

However, Qin Feng’s sharp senses discovered that the materials were still gradually melting. It was just that it was too slow.

Such a slow process would probably take ten years before it could melt.

“Let’s give it a try!” Qin Feng threw the Magical Tesseract into the dimension where time flow was extremely fast again. Looking from the outside, the star-slaying iron and the Giant Star Turtle Immortal shell finally began to melt faster. However, on the Magical Tesseract., cracks began to appear one after another.

These cracks were very small, but they were increasing in number.