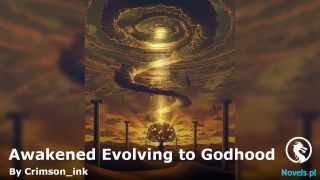 If it were any other day, Shi Nuannuan would have smashed the car window with a single kick. However, she was worried about Zuo Weiyi.

Zuo Weiyi snapped out of her shock. The shock that followed seemed to have scared her silly!

The next moment, she snapped out of her shock and stood up. Zhang Huang looked for the direction helplessly as he muttered his daughter’s name, “Lovelorn…”

Seeing her staggering across the road, Shi Nuannuan quickly held Xiang Jinghan’s hand and followed her!

“Lian Lian…”Zuo Weiyi was so anxious that tears fell like rain. She felt as if the suffocating feeling in her chest was going to swallow her whole!

Lian Lian, where was her Lian Lian…

Snow fell one after another on the bustling streets. There were only a few pedestrians, but Shi Lian was nowhere to be seen.

She was anxious and panicked. She was like a walking corpse that had lost its soul.

Shi Nuannuan chased after her and looked at her sister-in-law who was flustered and at a loss. She could sympathize with this scene!

She hurriedly took out her phone and dialed her brother Shi Yuting’s number!

Shi Yuting had just been called over by Zhong Shenghao to settle some matters at a top-notch teahouse. Just as he was about to leave, his phone rang.

Seeing that the caller was his sister who was about to be the bride-to-be, he raised his brows and calmly picked up the call. “Hello?”

“Why is she missing? The address!”

“We’re at the ‘Most Beautiful’wedding dress shop on Nanchuan Road. Just now, I asked sister-in-law to help me get my wedding dress. When we came out, the shop assistant said that Lian Lian had rushed out. Then, we chased after her and she disappeared…”Shi Nuannuan could not help but cry, she even felt a little guilty.

Shi yuting frowned. He was currently at Nanchuan Road!

“Did something happen?”Zhong Shenghao’s expression changed after he picked up the phone.

Shi yuting ignored him and walked to the window to look outside.

Just as he lowered his gaze, he saw the only warm figure standing by the road not far in front of him.

On the ground, Zuo Weiyi was squatting there, almost breaking down!

He turned around and rushed down the stairs! Zhong Shenghao followed closely after him!

His voice came from not far away.

Zuo Weiyi raised her head. Her vision had long been blurred by tears.

“Calm down first. Tell me what happened?”He looked at her. His voice was very soft, but there was an unconcealable anxiety between his brows!

Zuo Weiyi sobbed. “I don’t know. I… I told her to play in the shop, but… but the shop assistant said that she suddenly ran out, and then… When I came out again, I couldn’t see her anymore… sob…”

Hearing her words, Shi Yuting sorted out his thoughts.

Lian Lian had run out of the wedding dress shop by herself?

“Hurry up and find… hurry up and find Lian Lian!”Zuo Weiyi was so anxious that she was hopping around. She wanted to look for Lian Lian, but she didn’t know where to go at all.

Shi Yuting took out his phone and dialed a number. After instructing her, he also pulled her to look around.

Shi Nuannuan was about to follow him, but he stopped her.