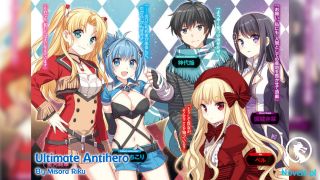 Shi Nuannuan was bashful and embarrassed by her praise.

“Okay, I also think this one is impeccable!”Zuo Weiyi agreed!

It was really tiring to try on clothes, unlike the usual clothes that were easy to wear.

After trying on two sets of clothes, Shi Nuannuan was so tired that she did not want to move anymore.

It was also because Xiang Yi had been too careful with her during this period of time that she didn’t have the ability to exercise at all. She would feel tired even if she strolled around the streets for a while.

After deciding on this set, the two of them walked to the fitting room and changed out of the wedding dress.

In the hall, Xiang Jinghan and Shi Lian were still playing. When they saw that it was snowing outside, Shi Lian, who liked snow, ran to the door and looked at the snowflakes falling from the sky.

When she reached the door, she unexpectedly caught a glimpse of Shi Yuting’s figure on the opposite side of the road. In a flash, he had disappeared at the corner!

Looking at the disappearing figure, Shi Lian followed him without hesitation!

A shop assistant in the shop couldn’t help but follow her when he saw her suddenly running to the opposite side of the road.

She panicked and rushed into the shop. At this moment, Shi Nuannuan and Weiyi had already walked out of the fitting room and finalized the second set.

“Oh no, Mrs. Shi, your lady suddenly rushed out and disappeared!”

The shop assistant rushed over anxiously and looked at Zuo Weiyi.

In an instant, Zuo Weiyi seemed to be frozen in place. Her face turned pale as she looked at the shop assistant in a Daze!

In the next moment, she threw away the wedding dress in her hands and rushed out of the shop in big strides!

“Weiyi… Weiyi!”Seeing that her daughter was no longer outside the door, Zuo Weiyi’s heart seemed to have fallen into an ice cellar!

“Over there, I saw her walk over there just now. But when I wanted to chase after her, she disappeared!”The shop assistant also walked over and pointed at the spot where Shi Lian had disappeared not far away with a bewildered look.

It should be known that the little girl who had disappeared was Shi Yuting’s daughter. Moreover, young madam Shi had asked her to take care of her just now. If she was lost just like that, what would happen…, how many lives would she have left to pay for it?

At this moment, the waitress was so flustered that she did not know what to do. It was as if she had lost her own child!

Following the direction pointed out by the waitress, Zuo Weiyi rushed over without a second thought. An unprecedented fear seemed to spread to her chest in an instant, swallowing and tearing her apart!

The sound of the rapid braking echoed like thunder in her ears the moment she rushed into the middle of the road!

Zuo Weiyi turned her head in horror and saw a private car speeding towards her!

Shi Nuannuan, who had also rushed to the side of the road, let out a heart-wrenching roar when she saw the shocking scene!

Accompanied by a scream, Zuo Weiyi collapsed to the ground. Her face instantly turned pale without a trace of blood…

“Sister-in-law!”Seeing Zuo Weiyi collapsed in the middle of the road, Shi Nuannuan rushed over anxiously!

The car window slowly rolled down and a man’s head popped out. He cursed at Zuo Weiyi who had collapsed to the ground!