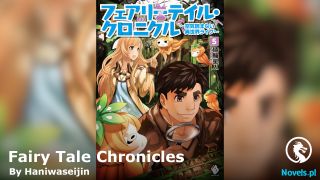 “Sister-in-law!”Seeing Zuo Weiyi, Shi Nuannuan closed the car door and waved at her. Then, she walked over in her high heels.

Seeing that she was running so fast, Zuo Weiyi was a little scared.

“Hey! Be careful!”She quickly walked over and stopped her from jogging!

“It’s Okay!”It had only been less than three months, and Shi Nuannuan’s stomach was still flat. Nothing could be seen.

But the first three months were the critical period, and she was still wearing high heels. How could she not have any common sense even after having a second child?

“What’s wrong with you? You’re already pregnant, yet you’re still wearing high heels?”Zuo Weiyi could not help but scold her when she saw the high heels on her feet.

Shi Nuannuan also lowered her head. She had forgotten about them because she was used to wearing them.

“I’ll be more careful next time. Let’s go in first!”

The weather in February was still very cold.

The heater was turned on in the shop, so it was not so cold anymore.

Shi Nuannuan took off her coat and walked inside with Zuo Weiyi.

Although she had finished taking the wedding photos, Shi Nuannuan could not help but exclaim in surprise when she saw the dazzling variety of wedding gowns.

Today, she had come to get the three sets that she had ordered. She wanted to test the effects before making a decision.

“Remember not to tie them too tightly. She’s pregnant.”

Looking at Shi Nuannuan and the waiter who walked into the fitting room, she could not help but remind the waiter, “Weiyi!”.

The attendant smiled and nodded at her. “Okay.”

“Sister-in-law, please help me!”Shi Nuannuan was a little embarrassed and could not help but look at her sister-in-law with pleading eyes.

Receiving her pleas, Zuo Weiyi smiled helplessly and walked over immediately. She took the wedding dress from the attendant and said, “Let me do it.”

“Help me look after the two children.”Before entering the fitting room, Zuo Weiyi spoke to the attendant and then looked at the two little fellows who were playing.

Shi Lian made an OK gesture at her. “Okay!”

After giving her instructions, Zuo Weiyi and Shi Nuannuan walked into the fitting room.

Although her stomach wasn’t showing yet, Zuo Weiyi didn’t dare to tie it too tight for her.

“Is this okay?”Zuo Weiyi asked Nuannuan about her feelings as she pulled the belt on her back.

After changing into the first set, the two of them walked out and stood in front of the huge floor-to-ceiling mirror.

Shi Nuannuan was thinner than before. Even if her waist was not tightly bound, it could still accentuate her exquisite figure without any flaws.

Shi Nuannuan was wearing a strapless wedding dress as she stood in front of the floor-to-ceiling mirror and looked around.

Looking at her beautiful face in the mirror, Zuo Weiyi could only think of one word, “Beautiful!”

“Of course! Our Nuannuan is a real beauty!”

Then, the two of them walked into the fitting room and changed into another set.

“What about this one?”

“Oh my God, I really can’t find a single flaw in it. It’s so beautiful that I’m a little tempted!”

It was truly beautiful. No wonder many people said that when a woman wore a wedding dress, she would be the most beautiful princess.

And at this moment, Shi Nuannuan was a truly beautiful princess!