Support
Random Novel
It Seems Like I Got Reincarnated 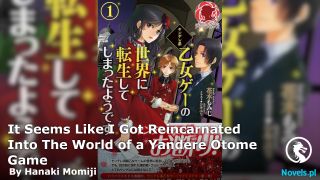 Chapter 1921 By Going Up One Flight of Stairs

This woman's strength was actually on another floor, and it could even be said that she was completely different from before.

"Her fire attribute power has directly increased by a whole new level."

Xiang Nan's heart skipped a beat and he said, "Quick, look at her talent!"

The serpent pondered for a moment and then said, "No, her perception is too strong now. It's too risky for me to discover my existence with just a glance."

Yuwen Honglian's gaze swept across the three of them, and his gaze did not stop at Xiang Nan's body, as if he did not recognize him.

Xiang Nan knew the reason in his heart. His face had already been ruined, and he could not see his previous appearance at all.

Fortunately or unfortunately, the pink venom of the withered crow had indeed changed Xiang Nan's life characteristics, making it impossible for Yuwen Honglian to distinguish between them.

"Who are you?" Yuwen Honglian asked with a cold face.

Withered Crow's expression changed slightly. She carefully sized up Yuwen Honglian. The more she sized it up, the more frightened her heart became.

"En … we …" The withered crow hesitated.

Yuwen Honglian was not polite. She raised her hand and a ray of light appeared.

A big halberd rested on the crow's neck.

Xiang Nan thought. Previously, the Red Lotus had used a spear, but now it was a battle halberd that was a level higher than the spear. This weapon was at least at the Intermediate Dao Stage, and it was very powerful.

It seemed that Yuwen Honglian's strength had not only improved by a large margin, but her status had also risen.

'"Who am I? Then I'll tell you who I am. I'm …" the crow's expression changed again and again.

At this point, the withered crow suddenly tossed out a handful of pink powder. Then, it grabbed Xiang Nan and Xiao Zilong and quickly sank to the ground.

The Yuwen Red Lotus snorted coldly and burned all the powder with a mouthful of blood-red flames. Then, she roared, "Get out!"

The Yuwen Red Lotus stepped on the ground and the ground exploded with a loud boom.

Before the three of them could escape, they were blasted out by the shock.

"This is impossible" The expression of the Withered Crow changed drastically as it cried out in shock, "My Void Escape Technique has never failed!"

Yuwen Honglian's expression was cold as she stabbed her halberd towards the withered crow.

Yuwen Honglian stopped her weapon and frowned as she looked at Xiao Zilong. "Who are you? From just now, I felt that something was wrong with your aura."

Yuwen Honglian let out an oh, and then her expression softened slightly. She cupped her fists and said, "Glory God Cult, Yuwen Honglian."

"So it's a friend of the Spirit Vulture Sect. Red Lotus is rude and offended."

Xiao Zilong pointed at the Withered Crow and hurriedly said, "Brother Dazhuang and I were poisoned by this vicious woman. Quickly ask her to detoxify us. Only she can do it."

Without saying a word, the Withered Crow turned around and ran away. She turned into a streak of light and shot into the distance.

An air cannon descended from the sky, but seeing that the withered crow was flying in the air, it was suddenly shot to the ground.

The withered crow that was far away in the forest was immediately pulled back by an invisible force. It slid back against the ground and smashed into countless trees along the way.

Xiang Nan's heart skipped a beat. How could this Yuwen Red Lotus be so powerful!

The Withered Crow's face turned green with fear. She immediately knelt on the ground and said, "The little girl is willing to serve the Glory God Cult with the power of a dog and horse."

The Withered Crow didn't dare not disobey. She hurriedly walked behind Xiao Zilong. She placed her hands on Xiao Zilong's temples and slowly sucked out two strands of pink Qi from Xiao Zilong's body.

As a result, Xiao Zilong's expression relaxed, and his meridians were cleared. His aura exploded and continued to rise.

When it was Xiang Nan's turn, the withered crow stopped moving.

Yuwen Honglian frowned, "What are you waiting for?"

The Withered Crow was eager to show off and hurriedly said, "This person can't be saved. Not only is he not a member of the Spirit Vulture Sect, he also has a grudge against your Glory God Sect."

Hearing this, Yuwen Honglian's expression turned cold as she looked at Xiang Nan.

Xiao Zilong shouted, "Hurry up and detoxify Brother Dazhuang! Wait for me to fight him."

"Since they are enemies, there is no need to save them." Yuwen Honglian shook her head.

At this time, killing intent burst out from Yuwen Honglian's eyes, and she mercilessly slapped down the halberd towards the Withered Crow. She shouted, "We, Glory God Sect, do not want such a vicious and dangerous woman!"

"Wait!" Xiao Zilong was shocked, he took two steps forward and blocked in front of the Withered Crow.

The Yuwen Red Lotus hurriedly stopped the halberd and frowned, "Senior Brother Xiao Zilong, what are you doing?"

Xiao Zilong anxiously looked at Xiang Nan and said, "This woman … this woman is still useful. I can't kill her for the time being."

Xiang Nan also heaved a sigh of relief. Xiao Zilong was very righteous. He had already decided to fight to the death with him, but now he was still protecting him.

If the withered crow died, Xiang Nan would basically be finished.

Without the withered crow, no one in the world would be able to detoxify Xiang Nan. He would remain in this ghost state for the rest of his life.

In the contemporary world, the two supreme beings of the Mysterious Dao were Mo Ling and half a gourd.

However, this withered crow, who had awakened from the Transcendent Ancient Era, possessed profound dao attainments that were even higher than the Ink Spirit!

Even Xiang Nan was unable to analyze the pink toxin of the withered crow. It could be seen how powerful her methods were.

Yuwen Honglian endured and endured, but due to the Spirit Vulture Sect's favor, she was still unable to mercilessly kill the Withered Crow.

Red Lotus said, "Why is there no law creature here?"

Xiao Zilong heaved a sigh of relief and pointed at the Withered Crow.

Before he could finish his words, he heard an intense explosion coming from the right side. It was a bright light that was rapidly advancing.

Hong Lian frowned and said, "So what?"

Xiao Zilong was shocked, "It's Xiang Nan and the others!"

The Yuwen Red Lotus suddenly stretched out its hand and pulled in the direction of the flowing light in the distance.

A wave of Dipper Qi flew out, wrapping around the fake Xiang Nan group of believers and pulling them in this direction.

Fake Xiang Nan and the others were about to break free, but when they felt that this aura came from the believers, they gave up.

In an instant, hundreds of believers flew over and landed in front of Yuwen Honglian.

"The reinforcements have arrived!" The moment Fake Xiang Nan saw Yuwen Honglian, he heaved a sigh of relief.

Yuwen Honglian swept her eyes through the crowd, but she could not find any trace of Xiang Nan. She hurriedly asked, "Where is Xiang Nan?"