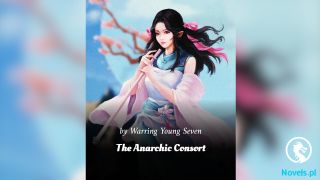 She stretched out her hand and gently poked the head of the gorgeous bird. Then, the huge gorgeous bird suddenly turned into the size of a small sparrow.

At this time, Xiang Nan's weakened Laws had already passed. He had regained his strength, but his physical injuries did not show any signs of recovery. He still did not have the strength to fight.

At this point, the woman nodded and said with satisfaction, "It's almost dawn. I'll see you tonight."

After saying that, she blew a kiss with Xiang Nan and strangely merged into the ground.

Xiang Nan and Xiao Zilong looked at each other helplessly. The two of them separated and appeared in different places.

Xiang Nan was lying on the edge of the Wave Sea, but he couldn't move at all. He thought to himself, "What kind of poison is this? It's really too dangerous."

The serpent sighed, "This thing is truly unprecedented. Let me put it this way. Your current vital signs are the most normal state."

"In other words, it's impossible for you to recover, because you're in a complete state now. It's hard to describe. You should experience it yourself."

Xiang Nan nodded, "I can tell that only the woman named Withered Crow can save me."

"But, a dead horse should be a living horse doctor."

With that, Xiang Nan opened his mouth and spat out a flame of Laws that burned him.

After he was reborn from the flames, he could not help but sigh after observing his body's condition.

None of his injuries had healed! All of them turned out, not even the cut throat healed.

As the serpent had said, Xiang Nan's body was intact! There's no need to heal.

However, this damned state of injury was extremely troublesome, because a large portion of Xiang Nan's injuries had his meridians severed.

He struggled reluctantly and flew towards the direction of the Spirit Vulture Sect. However, the lightning energy in his entire body did not circulate smoothly and his flying speed was surprisingly slow.

Two ordinary birds in the sky flapped their wings from behind Xiang Nan, surpassing him.

From here to the Spirit Vulture Sect, it would take about a minute to fly at the speed of light, so Xiang Nan simply gave up.

He began to try different methods. For example, he cut open the "healed" wounds on his body with a knife, and then circulated the Nine Purities Cosmos Technique.

However, the new wound had healed, and the old one was still there.

He tried every method he could think of, but none of them worked.

In such a desperate and helpless state, Xiang Nan instead became cheerful. It was already like this, and it was useless to frown.

He simply took out the wine jar and drank it happily enough.

When night fell, Xiang Nan's position suddenly changed and he returned to the forest at night.

The two of them exchanged a glance. Xiang Nan saw that Xiao Zilong was also injured, and the piercing wound on his chest was still ferociously exposed.

The two sighed helplessly at the same time.

Xiang Nan rubbed against the lightning force and replied, "How can you recover? Your Spirit Vulture Sect and the Withered Crow are of the same generation, so you should know what to do with the antidote, right?"

Xiao Zilong smiled bitterly and said, "If I knew how to get the antidote, I wouldn't have chased her for thirteen years."

"Back then, she harmed many of our senior brothers."

At this moment, another black circle appeared on the ground, and the woman slowly floated out.

She threw a charming glance at the two of them, then grabbed their ankles and dragged them into the black circle.

When they appeared again, the three of them were still in the Wave Sea, but it was an unfamiliar area.

"With this gorgeous bird here, the Laws creature doesn't dare to approach me. It's really lucrative." The woman patted the bird in her arms proudly and said, "Alright, open your storage rings now."

The woman didn't waste her breath. She took a step forward and took off both of their pants.

The two of them were shocked.

The woman took out a dagger and circled around their little brothers, saying, "Can't open it? If not, I'll cut both of you. Then, each of you will be drenched in some medicinal liquid, so that you can be neither male nor female for the rest of your lives …"

The two of them were helpless and could only open their storage rings.

The Withered Crow's eyes lit up, and it was the first to see two rank ten and nine pills in Xiang Nan's storage ring.

She licked her lips and said, "Heaven help me!"

"Hehe, the profound dao sneaky technique I wore just happened to be of use. These two pills will definitely help me ascend to the eighth level of the Heavenly Tribulation."

Xiang Nan touched Xiao Zilong with his arm and gave him a look.

Xiao Zilong rolled his eyes helplessly and whispered, "This woman is an idiot. You tempted her and made her fall in love with you, so she would be willing to treat us."

Xiang Nan said angrily, "I'm tempting an egg! Look at how my face has been cut into pieces by you. Not to mention letting her fall in love with me, but letting her see me and restrain herself from vomiting is already her outstanding determination."

Xiao Zilong whispered, "I'm tempting a thigh! Do you think she's stupid? I look at her with hatred in my eyes. Can't she see it?"

"You didn't have any hatred with her before. It's easier for you to seduce her."

The two of them sighed bitterly.

"Damn it, I, Xiao Zilong, have ruled the world all my life. Even the dragons have to retreat three points when they see me. I never thought that I would be able to be defeated by this stinking woman."

The Withered Crow was busy for a while. Turning around, he licked his lips and said, "Little brothers, I'm still short of two spirit herbs of the sixth grade in refining medicinal pills."

"My life has been destroyed over the years. Let's go. Follow me to find two of them."

The Withered Crow wrapped around the two of them with a light cord and flew into the distance.

Xiang Nan thought to himself. Why was this scene so familiar? It was very similar to the scene when he was captured by Dong Wushang and the others in the Western Regions.

However, at that time, Dong Wushang grabbed him, forcing him to detoxify his son and hand him over to them with the Unparalleled Tribulation Finger.

But now, this woman grabbed onto him in order to have a boundless sea of bitterness.

Xiang Nan had some experience in dealing with such a situation, so he wouldn't be like the first time he had to grind his spear.

While flying, the Withered Crow asked Xiang Nan, "I know the Heavenly Dipper Imperial Armament, but I have never heard of the martial skill you used."

"Why don't you come first and tell me your martial skill? Hurry up! Don't make me cut you."

Xiang Nan rubbed his thunder and formed a voice, saying, "My martial skill is called Sea of Bitterness. It's very difficult to learn. You should learn the Heavenly Dipper Imperial Armament first."

Xiao Zilong patted Xiang Nan on the shoulder and said, "Brother Dazhuang, I appreciate your kindness, but I think your martial skills are better. It's better to learn from your Sea of Bitterness."

"Shut up!" Withered Crow's expression turned cold, "Don't play with me and stall for time. Don't blame me for being merciless!"

After saying that, she took out two silver needles and stabbed them at the top of their heads.

The two of them were pierced through by the silver needles, and they immediately felt their entire bodies itch unbearably. The itch was a bone-deep feeling, and Xiang Nan wished he could tear apart all of his flesh and blood.

This woman's heart was also very iron. She forcefully tortured Xiang Nan and the other two for an hour before she pulled out the silver needle.

At this moment, an intense fluctuation of Dipper Qi suddenly appeared beside him.

The Withered Crow's expression changed as he hurriedly poked the two of them on the neck.

The two of them felt weak and powerless, unable to even speak.

Evidently, that wave of Dipper Qi also sensed the existence of the Withered Crow and quickly flew over.

A group of experts dressed in red robes descended one after another.

And the leader was actually Yuwen Honglian!