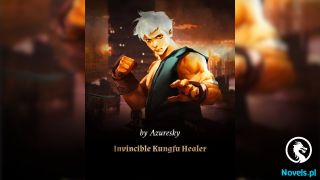 This day was precisely the big day of the annual Heroes' Gathering.

All five blocks around the Drunken Flower Pavilion were cleared.

In the Fifth Street, there was not even a single idle person on the street. Any carriage that entered this place was a big shot with a lot of prestige.

The City of Light was under the jurisdiction of Moon City, Star City, Heaven City, Earth City, and the Five Cities Guilds. There were already thousands of them.

A Guild like the Great Fire Guild with thousands of Guild members could already be considered to be of a decent scale.

Xiang Nan had only one impression of the City of Light, including all the guilds in the four cities under his jurisdiction.

On the street of the Drunken Flower Pavilion, Xiang Nan's carriage was blocked. They could only slowly wait. There were too many carriages in front of them.

Thousands of Guild carriages were crowded here, allowing Xiang Nan to see a small world of all forms.

But on the surface, this kind of person was flattering others, but there was always an undetectable ruthlessness in his eyes.

Also, the guilds with tens of thousands of guild members cupped their fists and cupped their hands at everyone. They nodded and greeted each other. They looked like good old men. They were all doing their best to be nice to each other.

But in reality, beneath this kind of person's seemingly friendly aura, there was a sinister and ruthless heart hidden within.

For a moment, Xiang Nan looked at the scene in front of the Drunken Flower Pavilion. It was as if he saw a group of hooligans in the streets. How could he have the demeanor of a Guild Leader?

Dou Hua whispered to Xiang Nan, "This is called'the way of survival of a nobody '."

To be honest, Xiang Nan was very dissatisfied. He did not like this habit.

Even when he was in the small Blue Stone City, the City Lord, Hong Zhen, was able to sit upright. No matter how small his position was, he still had what he deserved to do.

This was not to say that Xiang Nan liked pretentious people. Rather, people like Hong Zhen were strict and principled. Since he was a city lord, even the smallest city lord had to behave like a city lord.

Only in this way could the people feel safe living under such a system, and they could trust such a city lord to protect them.

However, Xiang Nan couldn't see the slightest bit of this sense of security and trust in front of the Drunken Flower Pavilion.

A shrill voice sounded from the side of the carriage. Beneath the carriage stood a middle-aged man dressed in gorgeous clothes but with a shrinking appearance.

This person had thieving eyebrows and mouse eyes. He bent his body and his hands were dirty and stained with oil. As he respectfully nodded and bowed, he reached out to touch the pomegranate butt.

Obviously, this person was not the president of a big guild. He should be a nobody.

However, because of her habit of acting like this, she did not care at all. She allowed that thieving-eyed fellow to rob her, but she still teased him incessantly, occasionally grabbing him in the crotch behind her.

In Jianghu, she couldn't help but climb up step by step. This was her personality.

Dou Hua used her seductive gaze to ruthlessly scratch him, causing the vulgar man to tremble.

Xiang Nan jumped out of the carriage, but his temperament caused the vulgar man to be stunned for a moment.

It wasn't that Xiang Nan was being shy or pretending to be honest, but that his aura was very positive.

This is a habit that has been cultivated for many years, and it is hard to change.

Usually, people like Xiang Nan were very upright. When they stood, their waist was straight. It was also a habit.

Even if they met an elder or a master, they would have to bow or even bow down. Their legs were very straight, and they clasped their fists properly. Their bows were meticulous and meticulous. It was a standard and perfect ninety degrees.

Hence, Xiang Nan stood here, completely out of place from the surroundings.

"Go ahead. I have something to say to the president." Xiang Nan smiled and cupped his fists at the guild leader.

The Guild Leader sized up Xiang Nan and smiled, "I'll wait in front of him."

After the Guild Leader left, Xiang Nan looked at Dou Hua and said, "I know your background, and I know how difficult it was for you."

"But Guild Leader Hua, there's something I have to say. Perhaps you'll be unhappy."

Xiang Nan said, "I don't care if this is your personal preference or if you enjoy it very much, but I think that since you have appeared as the Guild Leader now, and since you and I are on the same side now."

'"I hope you can put away your unruly behavior. I hope you should behave like a guild leader. In private, whatever you want to do is your personal affair. Even if you mess around with eighteen men a day, it has nothing to do with me."

Dou Hua smiled and said, "I know, from your heart, you still look down on me."

Xiang Nan said seriously, "I have never looked down on you. On the contrary, I respect you very much. However, this is no longer the past. I want you to regain your dignity. If even you look down on yourself, I'm afraid I won't be able to help you pick up your dignity from the ground."

Xiang Nan leaned his mouth close to Dou Hua's ear and whispered, "If you want, please let me look up to you from now on."

"If you want to protect your own dignity, I can use my life to defend you. At worst, it's just death."

What's so scary about dying? I'm afraid that even dying would make others look down on me.

The pomegranate flower's eyes turned cold as she said, "Alright, I know."

There was a glint in her eyes.

Pomegranate was a woman who had thrown her dignity under her feet and crushed it into countless pieces with tears in her eyes.

Now, this dignity that she had abandoned and trampled on was treated as something even more precious than life by a person. She held it up with both hands and wiped it clean.

At this moment, Dou Hua was already someone from Xiang Nan.

Can Yang nodded heavily. He looked at Xiang Nan's back and suddenly felt that Xiang Nan was taller than him.

Can Yang patted Bluesky's back and pointed at Xiang Nan, "This is called a man."

Lan Tian said, "Introduce something to me as if I don't know. You should tell yourself."

Canyang rubbed his fists and said, "Dear Blue Sky, I want to beat you so hard that you can't get up. I wonder what you think."

"Then I'll beat you up in two days," Canyang said.

Black Sickle chuckled from the side. He also looked at Xiang Nan and silently said, "Working with this kind of person, I always feel that my waist has straightened a little."