Support
Random Novel
My Disciples Are All Villains 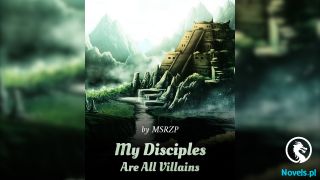 Seeing that Xiang Nan had brought Bluesky, Sunset, and even Black Sickle back with him, the Pomegranate Flower smiled and said, "Looks like the harvest from this trip is not small."

Xiang Nan smiled and said to the pomegranate blossom, "These three people are trusted brothers. They can entrust their lives to them."

The pomegranate nodded and said, "Alright, you know where I came from. I've seen all sorts of people, from the bottom to the top. It can be said that I've seen countless people."

"You can't hide this little bit of cunning from me. You're going to start a new guild and go get trustworthy people. Tell me the truth. Do you want to die?"

Canyang and the others looked at Xiang Nan in astonishment.

Xiang Nan said, "Since they are all our own people, there is nothing to hide. I will go to an appointment in about two months."

"If what I expected is correct, I have a 90% chance of dying there."

"Damn, what kind of agreement is so dangerous!" Canyang said angrily, "I will accompany you. Whoever wants to kill you, I will kill him!"

Xiang Nan smiled and shook his head, "You can't help me. This is my own business, so I can only solve it myself."

"I'm afraid I don't have much time left, but before I leave, I have to leave something behind. That's why I want to be the Blazing Sun Guild, and I want the few of you to protect this Guild and make it bigger."

"At the very least, I need someone to help me carry on with what I dream of doing."

"Your dream is to be a big guild?" Can Yang scratched his head and said, "Can you explain it clearly? You stinking illiterate people in this area have several hidden meanings in your words. I can't understand you."

Xiang Nan smiled and said, "What I insist on is justice and order. I believe that the world will not continue to be in such chaos. There will be a day when it will stabilize. If I can push it a little bit, it will be worth dying."

Dou Hua sighed with emotion, "You really are an unfathomable fellow. Well, since you want to set up a guild, then you have to come with me tonight."

On the surface, there was the Four Emperors Guild of the East, South, North, South, and West, which had an extraordinary status.

Apart from that, the other guilds, big and small, mixed with fish and dragons, were collectively known as the Dark Guilds. This did not refer to style, but to their inability to see light.

The Four Emperors Guild naturally had four Martial Emperors as their leaders, but the large and messy Dark Guild also had leaders.

The Dark Guild had five existences that looked like they were "ruling over the country", and Master Six was one of them.

The title of Master Six was quite rich in martial arts energy, and it coincided with the nature and style of the Dark Guild.

The Four Emperors Guild is like an orthodox army. The Four Emperors Common Finger is more like an existence that uses strength as its pillar. I can give you a piece of heaven. Follow me and I will be your heaven.

As for the five big shots of the Dark Guild, they all relied on their charisma to gather their own large faction. Because the disorderly and idle martial artists were all strange, it was almost impossible for you to suppress them with just martial power.

Sixth Master was once a nobody, an unknown minion who had mixed up in the Saint realm. He relied on his fists and feet to slowly defeat Jiang Shan. In three hundred years, he had already become one of the most famous authorities in the dark forces of the Saint realm.

Every year, all the other guilds in Moon City and City of Light would come to the City of Light to pay their respects to Lord Six.

This was a rule. Those messy guild leaders would report to Master Six on the situation over the past year.

In that case, the establishment of a new guild was actually a very complicated procedure, and it had to go through layers upon layers of examination. It did not mean that it could be established casually if it wanted to. It was messy, and it also required messy rules.

Normally speaking, establishing a guild through a regular channel would be extremely inefficient. This was especially true for the vetting system of this group of miscellaneous troops. It would be so slow that you suspected your life, so they wouldn't bother to examine you layer upon layer.

Therefore, another channel was to find Master Six directly. If the old man was willing to nod, then the establishment of a guild would basically be considered a success.

On the way, Dou Hua explained these things to Xiang Nan and the others clearly and clearly.

"You must think that Master Six is a kind-looking old man, so he has such a strong command power, but in reality, he is not," Dou Hua said.

"But he has one characteristic, that is, he is very moral, to put it bluntly, he is speaking of righteousness."

"So, at the meeting, you can say anything and do anything, but don't let him think that you are a person who doesn't respect morality. Otherwise, in his heart, you will already be written in the Book of Life and Death."

"That's right. In the City of Light, Sixth Master is the heavens. If he wants you to die, even if the Four Emperors come to protect you, they won't be able to protect you."

"So powerful?" Lan Tian asked in surprise, "He was able to defeat the Four Emperors?"

"Those assassins insisted that they wanted to kill you because they didn't like you. It has nothing to do with Master Six. Where are you going to reason with them?"

Blue Sky let out an oh, then understood.

Dou Hua nodded and said, "What Can Yang said is correct, but it's not entirely correct. The attitude of the Four Emperors towards the Sixth Master is still biased towards supporting him."

"Do you think the Four Emperors Guild is unwilling to accept this group of miscellaneous martial artists? However, if these martial artists are allowed to cause trouble everywhere, it is not a solution. Then someone needs to manage these miscellaneous fish and shrimp."

"And the five old masters of the dark forces are such characters."

"Therefore, even if the Four Emperors really knew that Master Six had done it, they would still turn a blind eye. Otherwise, killing Master Six and wanting to support another person would take a long time and a lot of energy."

"That's why." Lan Tian nodded. He had just arrived at the Sacred Domain, so he didn't know anything about this place.

City of Light, Drunken Flower Pavilion, a very vulgar name, sounded like a broken restaurant that could be seen everywhere.

However, in reality, this place was magnificent and magnificent. Without any status, no one would be able to enter. This was because the Drunken Flower Pavilion was the place where Lord Six had made his fortune and was also one of his properties.

To a certain extent, the Drunken Flower Pavilion has become one of the iconic buildings of the City of Light. Here, you can get a lot of things that you can't get outside, including intelligence, information, and so on.

Another major feature of the Drunken Flower Pavilion was that there were rules here. No matter how much hatred people had for each other, they could not fight privately here.

This was designated by Master Six.

If a person was hunted down by his enemies, then he only needed to hide in the Drunken Flower Pavilion to be safe and sound, and no one dared to come in and kill him.

Killing someone in the Drunken Flower Pavilion was equivalent to cutting off Master Six's finger. The consequences were very, very serious.