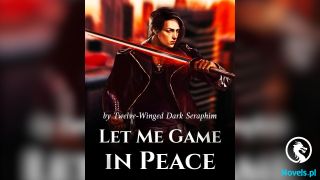 «I Leveled up from Being a Parasite, But I May Have Grown Too Much (Web Novel) - Chapter 88 - And Then Onwards to Personally Registering

Chapter 88 - And Then Onwards to Personally Registering

「Eh!? You want to enter the school!? Why？Someone at your level shouldn’t need that right?」

The youth is turning around around with a surprised expression.

Well, it might be a bit of surprise for him if an adult suddenly says that he want to study. But, lifelong study is the most important matter right now.

「Well, as I said before, I don’t know any magic except for the ones that I learnt upon levelling up. But, I want to explore another way to learn about magic other than increasing my level. I don’t know whether I’ll be able to do it or not, but it’ll increase my choices if I can learn it」

So I thought to ask him about his story.

Well, I was pondering about this matter for a while after I came to know about the existence of that school, but I’m going to learn magic with a completely different method ―― I thought that magic which I learnt with a different methodology could be used in combination with other skills―― if that’s true, it’ll widen my choices far from before.

In that case, I feel that it isn’t such a bad thing to go to the school.

I’m always wondering what they do inside the school from which exaggerated sounds keep resounding. There won’t be any other experience such as this one.

The truth is, I really want to go in there and study along with the other students, but I don’t want to lost my own free time.

When I’m pondering about such things, that youth was looking at me with glistening eyes.

「You’re so strong, yet you’re not staying idle and continue to keep advancing even further. You are even asking someone weaker than yourself to teach you something. And yet, I keep hesitating whether I can keeping up with the school」

「That is no exaggeration. But, yes, I’ll tell you what I learn in there」

「Ah sorry, I forgot to introduce myself. My name is Talc. Best regards, Eiji-san」

Talc and I then swore to enter the Prowkai magic school together with a handshake.

It is a school that taught historical magic as it is; it is a school that teaches various things about regarding magic such as education to become a wizard, the method to create magic tools, and imparts knowledge related to magic.

Despite being called as a school, the interior is more like a combination of school and research center; moreover, there’s no age restriction for entering it. Old and young students will take the lessons together.

Hence, I decided to enter and participate in the test of the first day of enrolment.

The period is two weeks.

First, is to come and gather in one of the classrooms and then the orientation starts.

Talc is also right beside me.

Around thirty people are sitting quietly inside the room and then, a lecturer enters the classroom and introduces himself.

「Thank you very much for participating in the entrance test of this magic school. I hope you know first that whatever you’ll learn in this place will greatly affect you when you’re doing your research about magic」

I quietly listen to his explanations and the rules while thinking that he’s someone who normally speaks with smile on his face; at that time, the lecturer points outside the door.

「I’m really sorry for coming as soon as you’ve gathered together, but in the end, everything still depends on your own self. As expected, you’ll eventually have to do this to know about your own qualifications. So, let’s go to measure just how much you affinity with magic is」

The lecturer then left the class after saying so.

That lecturer then turns around his skinny body while caressing his own beard.

And we keep walking right behind him.

I’m more concerned about the unusual things from this school.

It’s not that different from the contemporary modern classrooms, the regular classrooms, the corridor, and the occasional special classes. It also has an infirmary and a teachers room.

It’s even more so when they are made with material close to concrete. I remember that the concrete was used to construct the Coliseum in the ancient Rome. So, it’s not a strange thing if concrete exists in a civilization of this level.

After walking for a while, we finally arrived at the yard behind the school building.

There’s a wide and empty field on this place; the other teaching staff are present, along with some items that I don’t know what they are.

「Well then, let us see it in this place. There’s nothing special in the way to do this, just show us your most skilled magic」

Following the words of the lecturer, the students leave for various places in the field.

Talc then comes and speaks with me.

「I’ll do this Eiji-san. I’m not at that level yet, but I won’t know that until I try it right！」

「Yeah. Do your best」

Talc’s nodding slightly as I cheer him, and then went toward the huge tub filled with some kind of water.

He’s walking tall as if he’s already used to it.

His gait is firm. He somehow managed to make his resolution.

In that case, he seems to have learned many things during this entrance test.

I’ve no need to worry then.

… Well then, now it’s my turn to move toward my test place. But, before that――」

I went toward one of the students.

He’s a blonde haired man with tall height and a handsome but transient face.

That man also moved toward my direction.

「What are you doing here, Jackrosa?」

Somehow, Jackrosa Tetra was amongst the students in this place without anyone noticing it.

Or not, I just realized that it was him.

I saw him three times, but the teacher is whispering while looking toward us. So, we’re in the same position.

「To learn about magic. I think I’ll be able to do more things if I have the proper knowledge about magic since no one ever taught me about magic. And what about you？」

「Because I lost in the previous battle」

「By that assassin―― Isakuza. I can’t beat him in spite of using my spear. And yet, Eiji, you beat him with your sword and magic. I was always doing my best while fighting with my spear with the feeling that it was enough for me, but I think that I can do better if I know other things too」

He is really regretting about that event.

「But, I think it’s better to know and learn about several things」

「You’re right, I also think the same way as you. But, I felt that it was better if we experienced it personally rather than choosing not to do that without even knowing about it」

「Certainly. Well then, from now on is the world unknown to us. So, let’s do our best」

Thus, we went to the measurement device.

「Say, how about your injury!?」

The next moment I said those words, my feet stopped.

Yup, that wound will usually make you feel pain for sometime and yet, are you sure that you can attend the school?

Jackrosa replies with a sharp gaze.

Humans are creatures who get hurt easily.

But when I look carefully at him, there are almost no scratches on his body.

What the hell is with that healing power.

Is his regeneration also high due to his high defense?

「Humans sure are amazing」

「? I don’t understand what are you talking about, but let’s go」

After knowing about such things, it’s finally the time for my test.

Well then, which direction should I go to.

They said that the tools on the field will tell them about our power.

Even if I say that my magic is quite good, the only one I use quite frequently is magic arrow. Because this magic is the one that cannot be easily discerned by another person and hence the best one from my experience.

So, I go toward one corner of the ground, in the direction from which I came.

The lecturer on that place will be the one who’s put in charge of me.

「Oh, show your magic and fire it toward the target. And please use your most powerful one too」

I see many of the students in my surrounding do their best with their magic.

In some other place, I saw the students using healing magic or nature manipulation.

In that case, I’ll do it with the focus in my magical power.

When comparing that with the magic that I have, each of my magic is of a higher level than the one in this place.

In that case, am I already doing fine?

I think for a while and then turn around.

「Nope, it’s nothing special but, can I use that as my target？」

There’s a block on the corner of the ground.

That block, made from concrete and stone, is just neglected as it is.

As soon as I hear the teacher saying that while touching his beard, the first thing that I do is use reinforcement magic from magic enhancement upon myself while using sorcery to weaken the durability of the block.

And then, I released the magical arrow filled with magical power and I shot it through the block.

Moreover, when I fired the water ball with the power of Undine toward the block, numerous cracks were produced on its surface and it fell to pieces.

The teacher stopped touching his beard.

The other new students are also looking at me with gaping mouths.

After being frozen for a while, the teacher goes toward the rubble of the block and then picks it while looking at me.

「Did you use reinforcement magic just now？」

「Eh, you noticed that？ Yeah, I’m using four of them」

The teachers are staring with dumbfounded expressions at me while shouting in a low voice.

And then he left the rubble and marched toward my direction.

「Hey, tell me your name」

「Do you have some time after the class, Eiji-kun? At least――At least, are you interested with the advanced course」

While making a guts pose in my mind, I heave a grand sigh with a slightly curved smile as my expression and bow lightly.

「Please, by all means」

It also serves as a scouting ground for me, I can find the owner with a unique power, even if don’t find in this place, I can still enrich my knowledge with the knowledge from the school; seeing that there’s a chance for me to learn about magic deeply, I’ll learn it bit by bit to master it.

With this, I can see how deep the magical school is during the first day of the entrance examination. Fufufu, it seems this will be getting interesting.