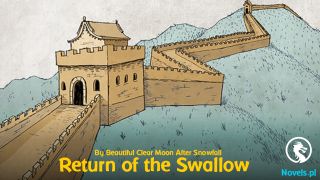 «I Leveled up from Being a Parasite, But I May Have Grown Too Much (Web Novel) - Chapter 87 - Road Towards Enrollment

I’m running away from the pedestrians as my face has become well known after the battle against that swordsman few days ago.

But, another person managed to catch my tail.

「I have a request for the fighter, Eiji-san」

There’s some innocence left on his face under his berret-like hat, but the youth was watching me with determined eyes.

He’s staring intently at me.

Uhm, he just said that to me, as fighter Eiji.

I mean, I’m more or less still registered as a fighter.

Though I don’t want to know what it is, I feel that it’ll be too cruel for him if I reject his wish flatly without even listening first; so let’s hear his story since if I’m going to fulfill his wishes, I’ll do it by fully comprehending it without leaving immediately.

「I saw your battle a few days ago. I don’t know what hit me at that time, but that was an incredible battle」

「Ah, thank you very much for your praise」

「The truth is, I want to become a magician」

「Yes. Thus, you might’ve known of the fact that there’s a magic school in this city. It’s quite famous around this area as the best place to learn magic」

The one that advertised to me when I was investigating.

I see, maybe he wants me to go to that school.

「But, while I’m ashamed to say this, the current me isn’t that proficient in magic. Since that place is quite a famous one, you need considerable skills to actually enter it」

「Hee~, there are such requirements huh. But it felt like that they were frantically trying to assemble enough students」

「Yes. Anyhow, since they receive a vast number of students, they decided to gather the higher-leveled students via the method called careful selection. Therefore, the called people keep increasing, but the people who easily become dropouts are numerous too」

He~, that’s quite the heartless way.

As you continue following the path, you’ll eventually end up with disappointing results. What a trap. What a trauma factory.

「Thus, I can’t enter with my own abilities. But, learning magic on my own is really difficult, and I don’t even know when I will get the qualification to enter it. Even so, I’m expecting that I’ll identify my true ability soon by studying early」

When he said so, the youth’s clenching his fist.

And then, says the following words with low and heavy voice.

「At that time, I saw Eiji beating the man who couldn’t be defeated even by famous fighters using magic that I never saw. That time, I thought」

By this point, I realized by my own instinct.

No, the feeling has come too late.

「Yes, I want you to teach me about magic！ Please！ 」

The youth is bowing deeply in front of me.

I’m having a slightly troubled expression when facing against that as I wait for him to raise his head.

The youth raises his head a while later and looks at me with eyes that are eager for my answer.

「I’m sorry, but strictly speaking and to be honest, that’s impossible」

「W-well, that’s right. I do think that it is impressive or rather too sudden. But, I can’t really think of what should I do――」

At that time, I noticed that the people who were walking in the alley are looking with sidelong glances toward us.

Maybe because he’s not holding back with his loud voice, it can’t be helped that their attention is directing toward us.

But, since I’ll be in trouble if people surround us, I beckon him and then come out of the back alley toward the big plaza with variegated vegetation.

I’m currently in quite a dangerous situation in this place.

「It’s not like I don’t want to teach you, but it’s impossible to teach you. It’s the truth」

In any case, I clarify my statement after calming down a bit. The youth is tilting his head with puzzled face on hearing my response.

「You should know about class, right？」

「Ah, Yeah. Naturally, I know about it. Even the fact that my class isn’t a magician. Even so, magic is systematized so that even ones without the class can learn it to some degree; the truth is, even the magic school is teaching the method to learn magic in that way, thus――」

「Well, calm yourself first. That’s where the problem is」

「Yeah. I know nothing about learning magic and only raised the level of my class. That’s why I can’t teach you. Since, I don’t understand it too」

The youth’s eyes opened wide when he heard my words.

He must have been truly surprised, well it can’t be helped since that’s the truth. It might turn into a troublesome matter, since I don’t even understand what to teach him in the first place.

「T-That’s impossible. You use such a wide variety of magic; it’s something unobtainable just with normal class. Even if your class is a magician」

「But, I’m telling the truth. You might think that I’m lying though」

The youth is showing an uncomfortable expression, but it becomes a surprised expression in the next moment.

「No way, you have multiple classes？ It must be the reason, right!?」

「Well, that’s correct. As for what class it is, it’s a trade secret」

「Amazing！ You’re so amazing！ Though these kind of people aren’t that rare, Eiji-san is still too amazing！ …………Ah, my apologies. I was in such high spirits. But still, that’s the reason huh. If that was the case, your dimension is completely different from mine since the very beginning. I was so naive for doing something like asking you to teach me」

When that realization dawns upon him, his merry spirit sinks in a moment.

But, he seems a bit pitiable now.

He should be okay if I can do something for him though. But it can’t be done by me.

「Ah, that’s right, how about this idea」

「It can’t be helped that I can’t do anything, but it should be okay if you’re able to personally experience the enrolment of the school right？ Since you’ll take the application, therefore――」

「I-I can’t do that you know. It’ll become a laughing matter if it’s said by someone like me」

「Even if it’s for my own personal experience, there’s something called a minimum level requirement」

「Is it？ You can go to the library in the meantime and ask the teacher or student to teach you about magic; you can do various things, and record various things; if you train yourself later even if your personal experience has ended, I thought that it’s better than worrying endlessly」

But, the youth is shaking his head furiously upon hearing my self-proclaimed nice idea.

「That’s impossible for me. Maybe I’ll be called as an incompetent person who can’t do anything if I get enrolled in the school. No, I’m sure that’ll happen. If I think about the previous things carefully, it’s already painful just on hearing it」

Well, it’ll definitely be painful for him if he’s the only one who can’t use magic when the people around him can do that. He’s sentimental even though it’s a rational idea.

「Really. Well, it can’t be helped if that’s the case. It should be okay if you take each step carefully by yourself along a steady path; there’s still your regular life even if you do not become a magician in the first place, so it might be better for you to not brood so much about the school. To fail is quite hard. Just because there’s something that you want to do, it doesn’t mean that you have to continue doing it until you suffer failure」

That moment, the youth eyes changed as if it was glaring at me.

「As expected of Eiji-san… That’s too much, isn’t it」

「That’s expected from the person who fought at the last moment in the arena. You are worried about me, but it feels like I am being looked down, right? This is the standard, huh. It’s like I am fighting with my life on the line」

「It’s as you say. It seems I’ve not entirely put my resolve on it and have not prepared to receive abuse, shame, or failure despite saying that I want to become a magician. I think that’s the truth; this might be a revelation for how far my resolution is. As expected, I’m still too naive. Though I’m thinking about doing big things, I still don’t want to think about how difficult it is. Moreover, I’m even bothering another person who’s already busy himself. My apologies！ 」

Thus, the youth is bowing his head again.

Could it be that he somehow took my words as sarcasm toward him, I wonder.

I thought that it’s okay for him to take it easy and not fuss too much with his true feeling, but it feels like I just set the fire in his heart.

Certainly, it could be considered as a way of saying so.

「Yeah, that’s right. That way is better. You don’t know whether you can do it or not, but it’s better if you’re at least trying to do it. Since you won’t succeed unless you try, there’s no loss in it even if you end up in failure」

Yosh, just use that emotion to somehow say a slightly nice thing.

To motivate him, I clap the shoulder of the youth who’s looking at the direction of the magic school with my fingers.

The youth’s turning around as I speak to him.

「In that case, I also have something that I wish for you to teach me――」