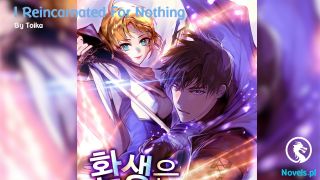 «I Leveled up from Being a Parasite, But I May Have Grown Too Much (Web Novel) - Chapter 86 (3) - Taking a U-Turn Is for Increasing the Number of People

「You’re… Phillipe-sama. It’s been a while. It’s pleasure to meet you, how do you do?」

「I’m safe and quite healthy. I’ve been looking for someone, but I can’t find him anywhere」

「That must be hard. If it pleases you, I might be of some help if that person is in Neman――」

「No, that guy isn’t in Neman. I thought that he might come to this place, but it seems that he’s not here. You should be familiar with him too. I’m looking for Eiji」

「I thought that he came toward this direction, but here I am, I came this far without being able to meet him. Just where’s that guy loitering around.」

Phillipe’s hitting his own fist.

As expected, his irritation had grown even stronger after being unable to meet the one he was looking for despite looking for a long time.

「I see, you should’ve been looking for him for quite a while. Maybe you guys missed each other at some point」

「Yeah, I think that’s also possible. Since I think there’s no way he’ll come to this place first. Maybe I overtook him on the way without being able to notice it. Geez, so troublesome. Though I also want to continue looking for the materials for magic tools」

「Magic tool. In that case, you might find some of it in this place. Since there are some materials which contain a rich amount of demonic elements amongst the ones mined in the mine here」

「Ah. Come to think of it, this is Neman huh. Certainly, there’s no way I’ll return empty-handed. It doesn’t seem to be a bad idea to look around since I rarely come to this area. I’m saved since you reminded me about this.」

「It’s nothing, I am just happy to be able to be of some help to you」

Alie smiles back at him.

「Oh？ Onee-chan, who’s that, your acquaintance？ 」

Phillipe shifts his line of sight toward the high pitched voice while Alie turns around at the same time.

Behind her was a little girl with ultramarine colored hair grinning widely.

「Yeah. His name is Phillipe-sama. The magic tool maker of Laurel where dear uncle is」

Phillipe bluntly introduces himself in a way that’s rather hard to say whether it really is an introduction. Thereupon, Koko approaches Phillipe while glaring at him with a rude expression.

After that, she nods several times after looking at Phillipe from head to toes, as if approving something.

「Hee, you’re quite a splendid one. Oneechan, he might be enjoying a different adventure while saying things like “I love adventure”, ri~ght～」 [Note : Her words actually have a deep meaning behind it]

「W-What are you talking about, Koko? You’re being rude to Phillipe-sama」

「E~h, he’s not the special one？ Weren’t you talking about him with an extremely excited tone that you had quite an enjoyable adventure with a man in Laurel; he’s not the one？ He seemingly looks like a craftsman-cum adventurer like oneechan」

「The one I was adventuring with is Eiji-sama, you know」

「What, so you love another one called Eiji huh」

「Lis… TEN, you’re misunderstanding, it’s not something like that; how should I say, he’s more like a comrade, and my feelings are closer to respect」

Though Alie is trying to explain about that to Koko in panic, Koko no longer heeded her words and faced against Phillipe instead.

Phillipe was looking at their banter with a surprised face.

「I wanted to know what kind of guy was the one oneechan was interested in, but it’s regrettable. Even so, I don’t think Phillipe is so bad either. If it’s pleases you, please be my companion for a while」

Koko leans against Phillipe while putting a coquettish air around her, but Phillipe replies immediately with a nonchalant face.

「My apologies, I’ve no time for that. I came to this place to meet that Eiji guy. But since I didn’t meet him, I’ll finish my business in this place in a while and then start looking for him again」

Even while showing a slightly discontent face, Koko displays a smile on her face again.

Phillipe heaves a sigh at the sight of the strange person whose emotions changed in rapid succession. Then, Alie regains her composure and seizes Koko’s hand.

「Please stop this, Koko. Or else, I’ll be angry with you」

「Wha, don’t be so serious about such things, oneechan. I’m joking you know. … By the way, what about your conversation with dear mother？ 」

「Ah, it’s about that thing, since I’m about to leave Neman again. She asked so many things like where I’ll go next and how long it’ll take this time」

「Yeah. Thus, I went to shopping to prepare necessary goods. I’m sorry for doing this out of my own selfish needs, but I’ll leave the house to you」

「Well, okay then, since I’ve been taking care of the house even without oneechan for sometime」

So, Koko’s clapping her back as if she’s trying to comfort her sister.

「Ahaha, please don’t be so serious like that since I’m expecting a great result. Somehow, oniichan is also making various commissions in the adventurer guild of Neman. I can say that it’s a splendid thing. There’s some inconvenience when you’re ask for help from the adventurers when you need to do something, but it’s going smoothly since oniichan is working very well」

「That is something. As expected of Suaman-niisama, nothing can pass under his nose. I was glad that I could be of some hel――AH」

At that time, Alie turns around in panic toward Phillipe.

And then bows deeply.

「It’s nothing, it’s not like I have something special to tell about it. Can you tell me where’s the adventurer guild？ And the places where they sell raw material for magic tool. It’s fine whether it’s from Alie or Koko」

It’s practically alright from whoever it is if the person is Phillipe.

He doesn’t want to talk too much. it’s not like he has some interest in the lifestyle of nobles. But, he didn’t think badly of them since they were relatives of Kohl.

「Then, let the two of us to be your guide. Aren’t you happy for being flanked by beauties on both sides?」

「WHAT!? WHAT A CHEEKY PERSON. Trying to bluff, huh.」

「Why should I do that. Overconfident brat」

「AAh, WHAT DID YOU SAY. YOU’RE GETTING COCKY JUST BECAUSE YOU’VE A SLIGHTLY HANDSOME FACE, RIGHT?」

Koko draws closer to Phillipe and―― or so, before Alie forced her way to enter between them.

Since they’re in the middle of the road, she brings them to the side.

「Phillipe-sama, I’m also planning to go to Laurel when my preparations are done」

「N-No, I have no such intentions… It’s not for that, but yeah, at any rate, how about looking around the vicinity of Prowkai？ That town is quite a big one, so I think there’s a possibility that he’ll be staying in that place for a long time」

「Prowkai huh… You’re right. He should be doing so」

「If that’s the case, how about going there together after both of us are done with our business in this city？」

「Yeah. No problem. Since searching with two people is faster」

Thus, Phillipe and Alie decided to go toward Prowkai.

Koko looks at their agreement and is talking while folding her arms.

「Fuhn. Being looking for by two people, this Eiji seems to be quite an interesting person. It makes me want to meet him for once」

「E~h, spare me from such trouble. Please do tell me if you find that guy, oneechan. Tell him that Koko-chan wants to meet him」

Alie drops her shoulders upon hearing Koko talk in such an arrogant tone while waving both of her hands.

That these two sister always talk in such a manner. He was relieved that Koko stayed out since it smelled like trouble if she came along in their travel.

He needs to quickly go searching for Eiji after finishing his shopping before she changed her mind.

――And then, after Phillipe and Alie were finished with their business in Neman.

They boarded the coach which headed toward Prowkai.

This time, he’ll find Eiji for sure.